An Open Letter to Councilman Tom LaBonge and Carolyn Ramsey, Chief of Staff 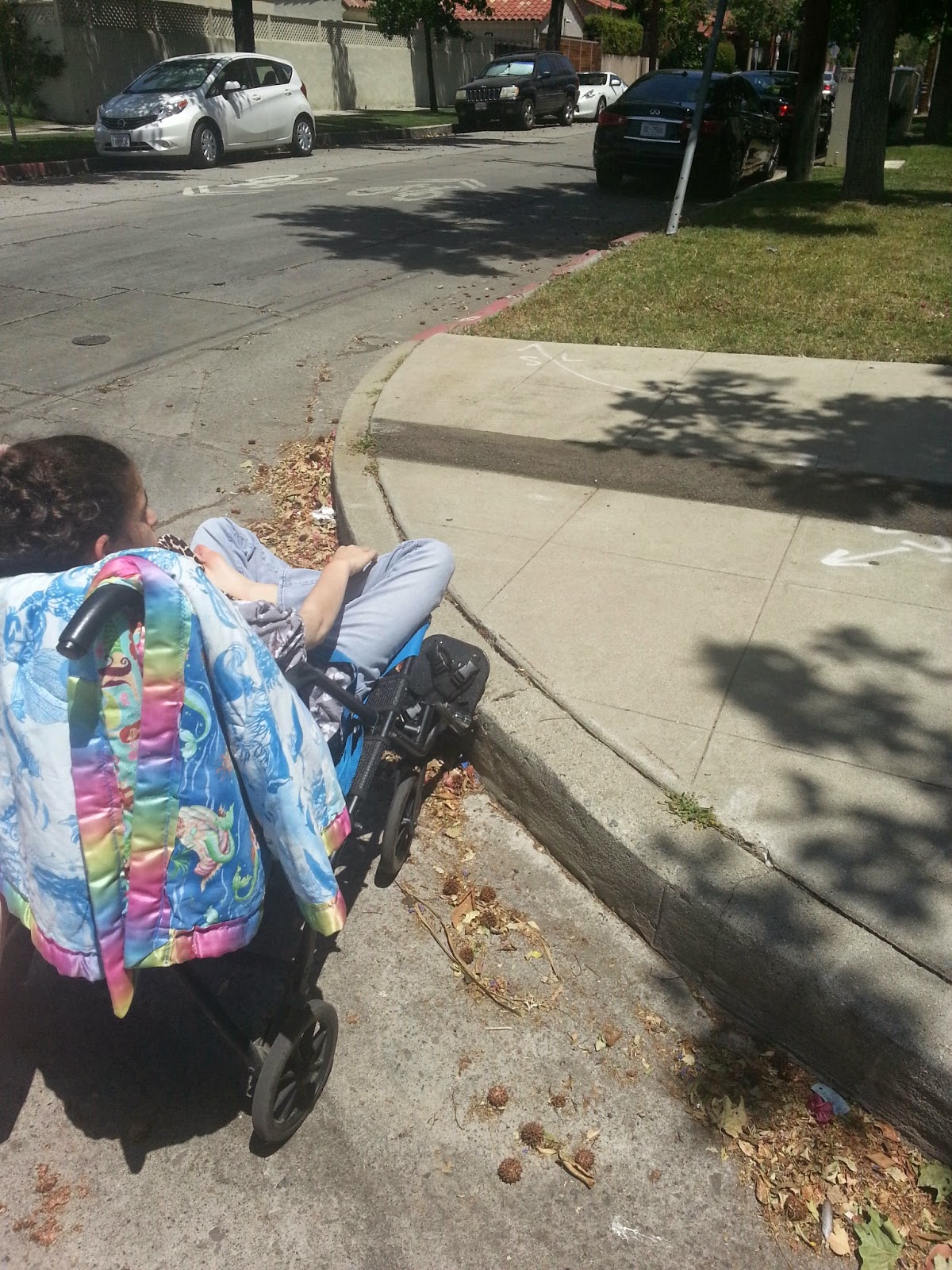 I am writing you this letter in an emotional state and understand quite clearly that writing anything in an emotional state is often not the wisest course of action when one is trying to get something done. However, as a mother of a severely disabled young adult and two active teen-aged boys, I get things done regardless of emotion. Today, for perhaps the hundredth thousandth time, I took my daughter for a stroll up to a neighborhood restaurant on La Brea. We live in the Hancock Park Adj. neighborhood, a neighborhood of near-one hundred year old modest California bungalows housing diverse families, the elderly and, in our case, a disabled nineteen year old.

As you can see in the above photo, taken one block from my house, many of the curbs are NOT cut away to provide access for those using wheelchairs. I have lived in this neighborhood for nearly eighteen years, and on this particular street for fourteen. Curb cuts are random in our neighborhood and have been for years, despite repeated calls and inquiries about getting it done. Is there a method to the madness of how these things are done?

It's one thing to struggle with a stroller and a small child up and down these curbs -- I would say that in that case, it's a convenience to have the cuts. However, maneuvering an 80-pound individual in a 75 pound vehicle up and down, in some cases, an 8-inch curb is near impossible. A person with disabilities in a wheelchair would probably find it impossible to do so. The alternative, which I do regularly, is to walk in the street and just take my chances that the cars in both directions will give me room, that someone parked on the side of the road won't open his car door into my daughter or that the person driving fast in his luxury vehicle won't honk his horn and make an obscene gesture while I do my best to stay out of his way. Get out of the road! he cried, today, as I struggled over potholes and dodged those prickly seedpods that litter the streets this time of year.

Hence, my emotion. I thought, today, that the construction just down the street, the herculean Subway to the Sea Project, will probably happen faster, and we've been told that the work there will be completed in ten years. I sure hope that when I'm nearing sixty years old and can hop a train at the end of my street to ride to the beach that I'll be able to get my near-thirty year old daughter there, too.

Please, Mr. LaBonge, get it done. Get the dang curb cuts put in throughout the neighborhood, not just randomly (particularly in the -- ahem -- richer parts of the neighborhood, where I've noted they have been completed for years).

Please, get it done.

Respectfully, your constituent who voted for you,