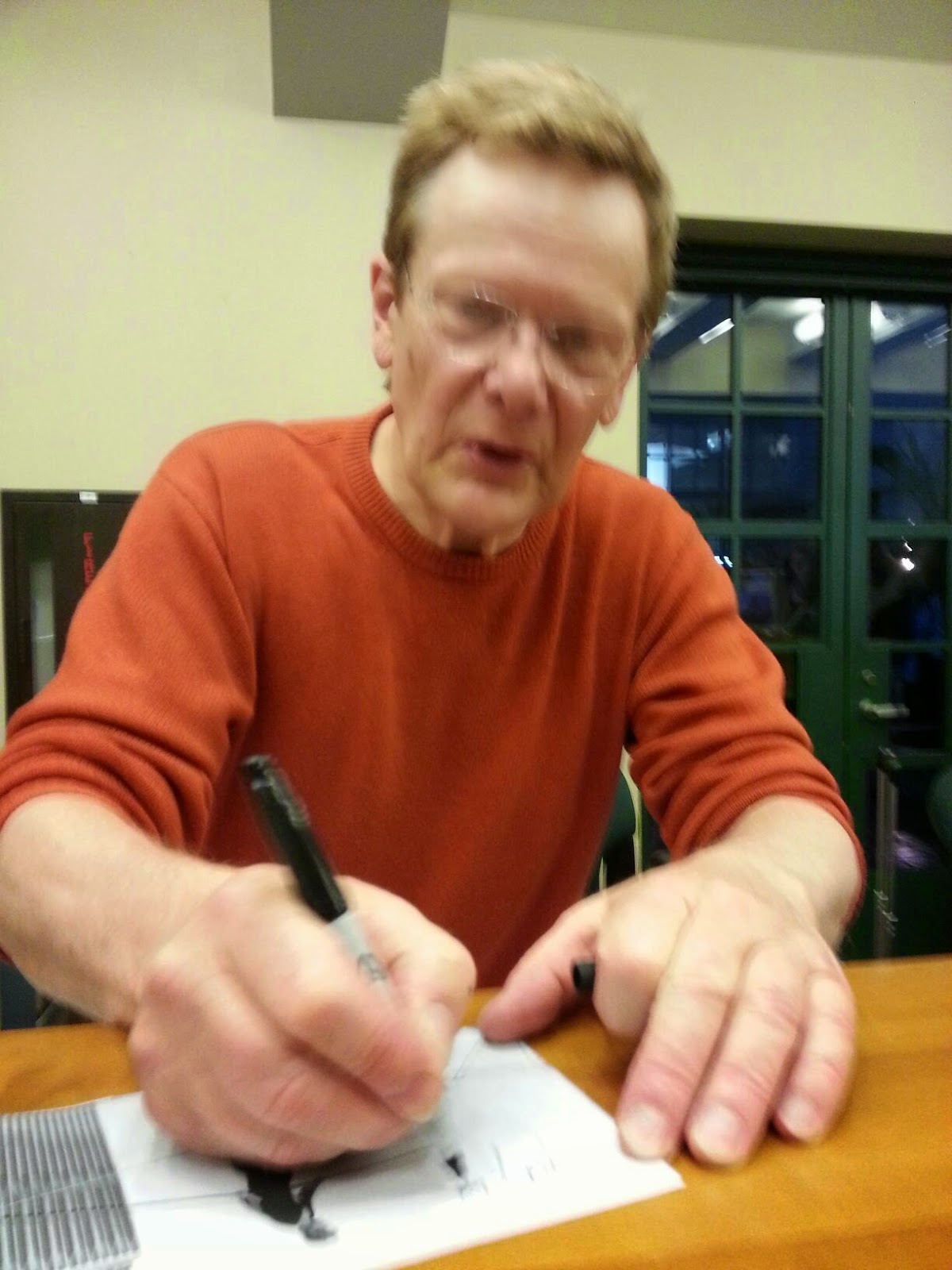 It's blurry, but that's a photo of Philippe Petit signing a photo of himself (that Oliver had printed out on the computer earlier): To Oliver.  Last night, I took him downtown to our central library to hear the man read from his new book, Creativity, the Perfect Crime. Here's an excerpt from the book:

My attitude as an artist grew out of the realization I'd arrived at from an early age: that my intellectual engagement, my imaginative freedom, had a price, that of the forbidden. Whatever I decided to do, it was not allowed! "Creativity is illegal!" became my byword.

The creator must be an outlaw.

Not a criminal outlaw, but rather a poet who cultivates intellectual rebellion. The difference between a bank job and an illegal high-wire walk is paramount: the aerial crossing does not steal anything; if offers an ephemeral gift, one that delights and inspires.

Despite my outlaw approach -- or because of it -- a network of personal creative principles imperceptibly emerged. Lawlessness doesn't mean lack of method: in fact, the outlaw I became needed method all the more, because I was swimming alone to the island of my dreams. 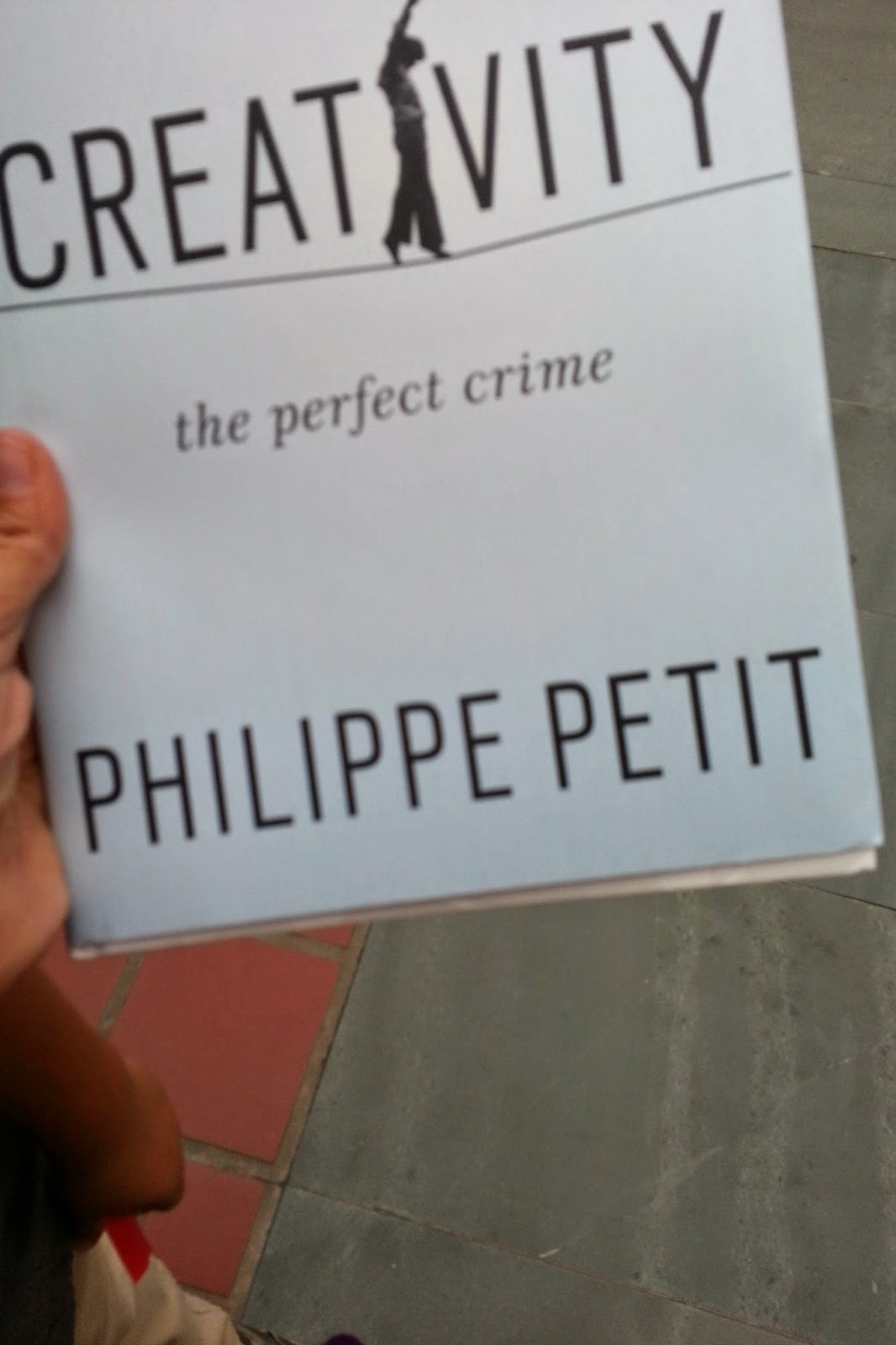 I can't express how thrilling it was for me to see this strange and funny man come on the stage. He wore an orange pullover and khaki pants tucked into weird leather boots. He's of medium height and quite muscular for his age, and if you've seen any of the wonderful documentary Man on Wire, you'd recognize his quirky mannerisms and mischievous smile. In fact, he did less reading from his fascinating new book, and more explaining in a thick French accent and demonstrating his own creative processes. He involved the very small audience throughout the performance, asking us to come up with interesting uses for a plastic fork that we were given when we walked in, and even doing some sleight of hand magic tricks. He was utterly charming and subversive in the best way.

I did find it hard not to stare at him, consumed by the thought this man walked on a wire between the World Trade Center towers. Don't ask me why this has always thrilled me to the point of obsession. I'm not a risk taker. I hate roller coasters and heights make my knees quiver. There's a tightrope walker and trapeze artist in one of my favorite movies, Wim Wenders' Wings of Desire. I often wear a necklace with a tiny medallion on it of a tightrope walker holding that long balance stick. Come to think of it, it might be Petit between the Towers. I guess I could make metaphor with my obsession -- why it resonates so much with me.  I've done that plenty of times even here on this blog.

The funambulist is a person who walks the wire or dances on the wire, messing with boundaries, balancing dark and light, acknowledging the fine line between them. As the mother of a child with such severe disabilities, who is so utterly dependent upon me, I am a funambulist of sorts, alone and agile.

But enough of that. 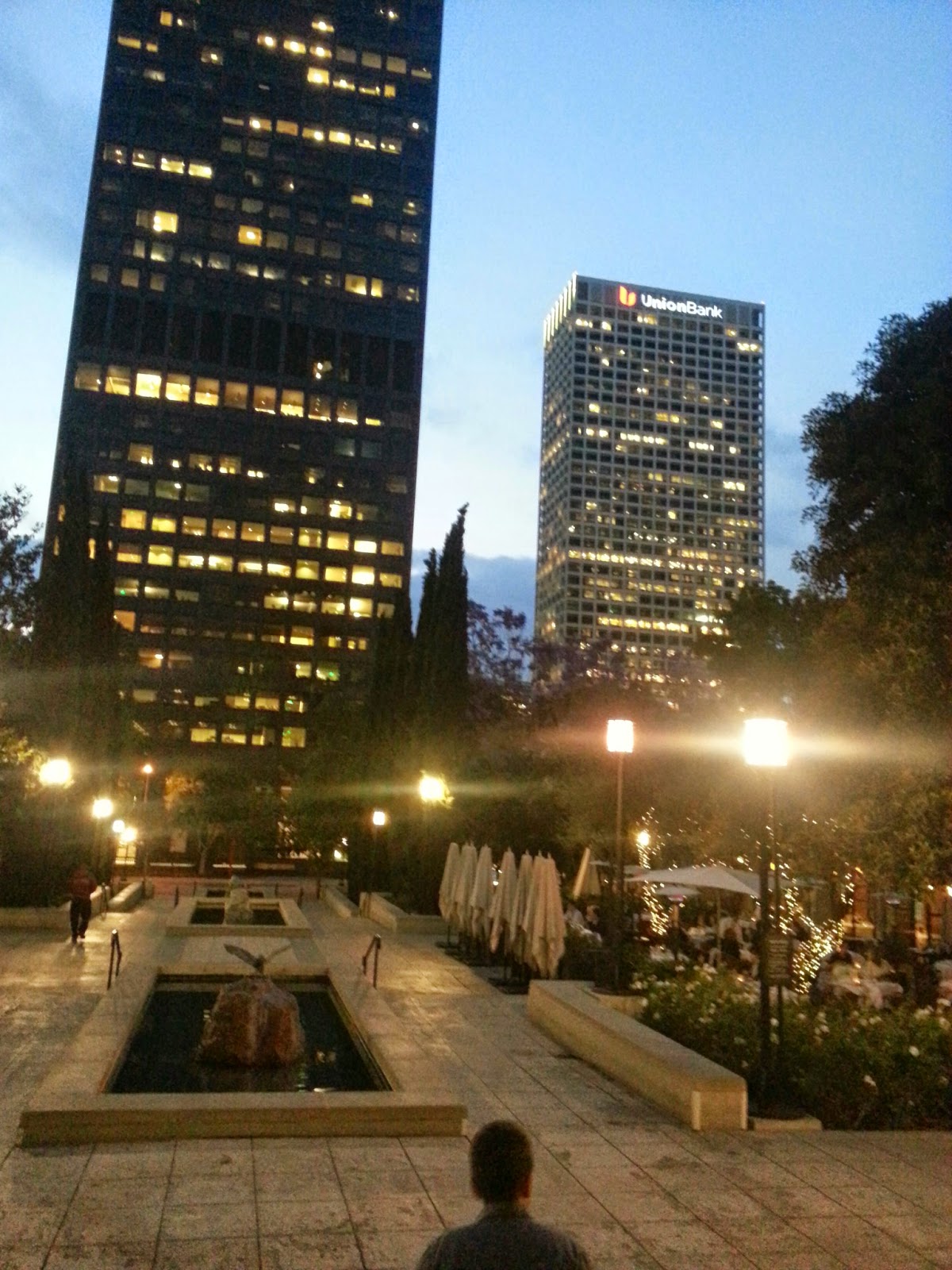 Oliver and I were smitten by Philippe Petit and grateful to live in such a fine city where we had the opportunity to see this great artist in such a small and intimate space, for free.

He's legit, Oliver declared after meeting Petit and shaking his hand. When we walked out into the softly lit evening city, we felt enchanted.