Or is it comical? Who the hell cares, anyway. The play must and does go on, despite my wranglings and tears. At least we don't live in Buffalo where I heard they got more snow in a couple of days than they expected for the entire year.That's some holy shit muttering right there, if not explaining. I wonder how many climate change deniers live up in old Buff A Lo.

Out in the garden today, Oliver was rummaging around the vegetables that are growing like crazy in our one raised bed. We've got lettuce up the wazoo, chard and mint and broccoli and cauliflower and since the sun always shines, and our water restrictions are restricted to grass, the vegetables are way too numerous for our little carbohydrate loving family to consume. Oliver, being the entrepreneur, has ideas to pick, wash and sell for drastically low prices and when I gave him the ok, he set to it. Very quickly he shouted for me to come outside to see all the mushrooms growing under the lettuce and throughout the bed. It's so gross, Mom! he said. Look at how the black stuff is sticking to the bottoms of the leaves! And I, city girl extraordinaire, bent over and looked and sure enough saw a hell of a lot of what I'd call fungus, and like they say, that ain't right. And then like the city girl extraordinaire that I am, I protested Oliver's easy picking up handfuls of the stuff and throwing it into the dirt. Isn't that going to spread the spores? I asked him and then I remembered that I'm the parent, so I told him to stop picking it, to wait until Your Father can check it out, and in the meantime go inside and really wash your hands with hot soap and water. Again, being the city girl extraordinaire, I also told him to rinse it off with the garden hose before you go inside, visions of spores traveling throughout our home, perhaps giving Sophie added insult to her already stressed brain (even more stressed by the recent wean of her Bad Benzo). Oliver obeyed me and went straight to the bathroom. I fiddled around with the papers on my bed and desk, left there earlier when it all got to be too much.

Suddenly, Oliver shouted out, MOM! The mushrooms are doing something to my hands! and my heart sunk or seized in anticipation of skin being flayed or deadly mushroom plague or whatever the hell happens with fungus, and in the same moment I ran to the hallway and Oliver ran out of the bathroom, holding his arms up high, coated with white stuff and I gasped and he burst out laughing and said that I had the most terrified look on my face that he'd ever seen. 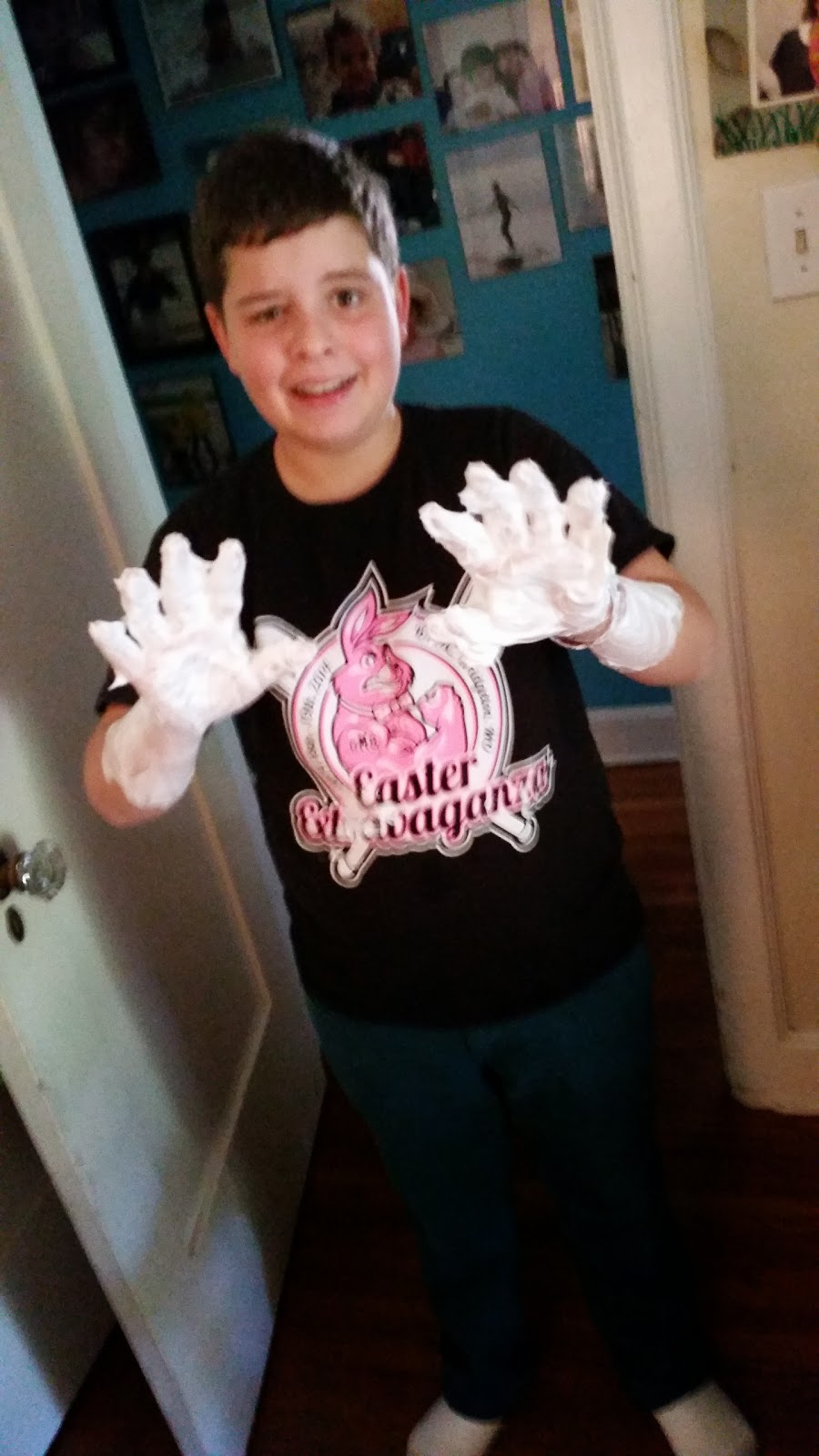 Then I beat him halfway to Sunday, went outside, collected the mushrooms, fried them up in some butter, sprinkled them with some sea salt and served them for dinner.
Posted by Elizabeth at 4:26 PM