Dispatch from the Revolution: Homeschooling Field Trip to Judson Glass and Memories of Pastry Making in NYC 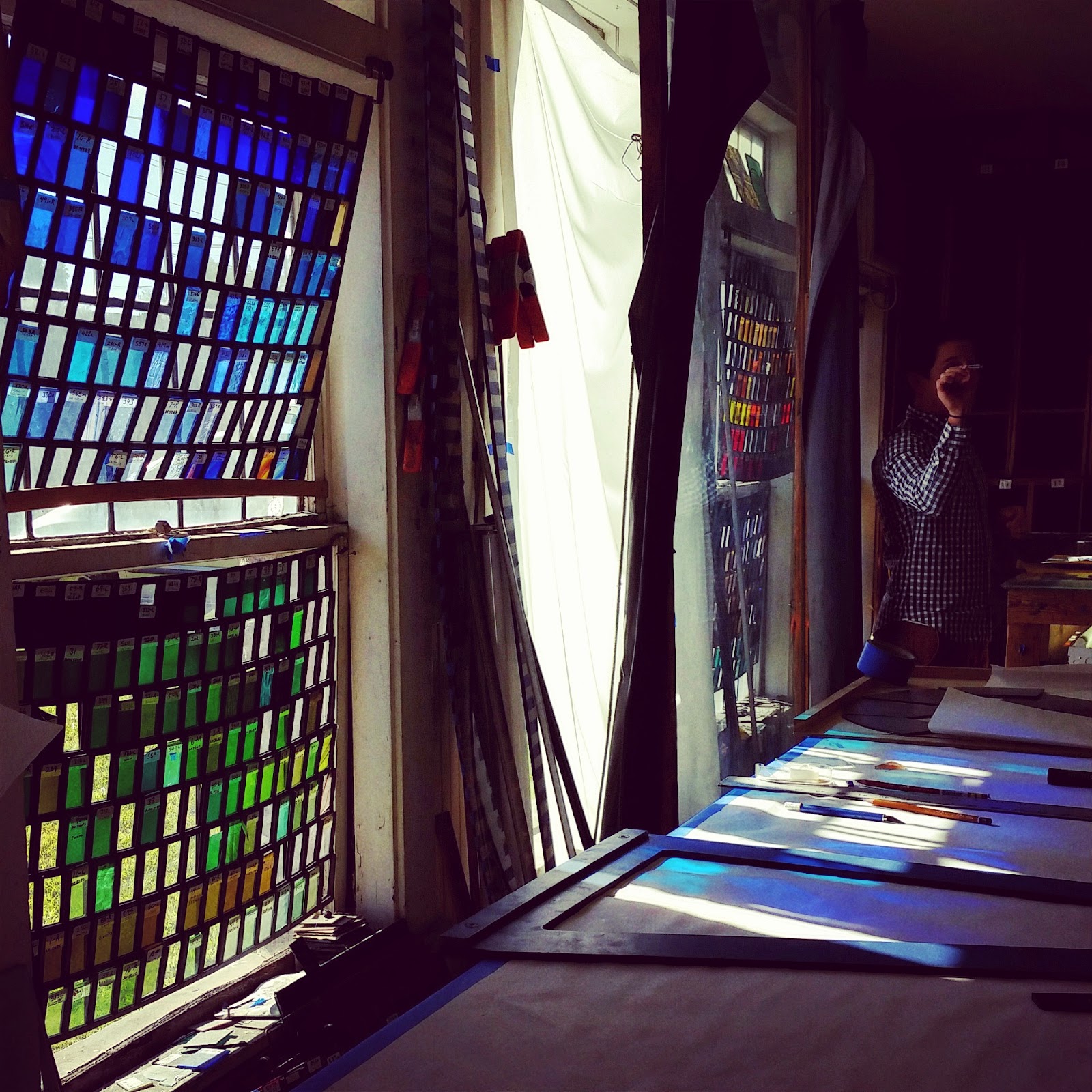 Today, because we have all the time in the world (one day before we have to drive up to Silicon Valley, and I'm taking Sophie which means her first trip in years and thus a lot of packing and organizing), Oliver and I went on a homeschool field trip to a very cool place in Pasadena/Highland Park called Judson Studios. Judson Studios has been making stained and other decorative glass for well over a century, and the whole thing was fascinating. 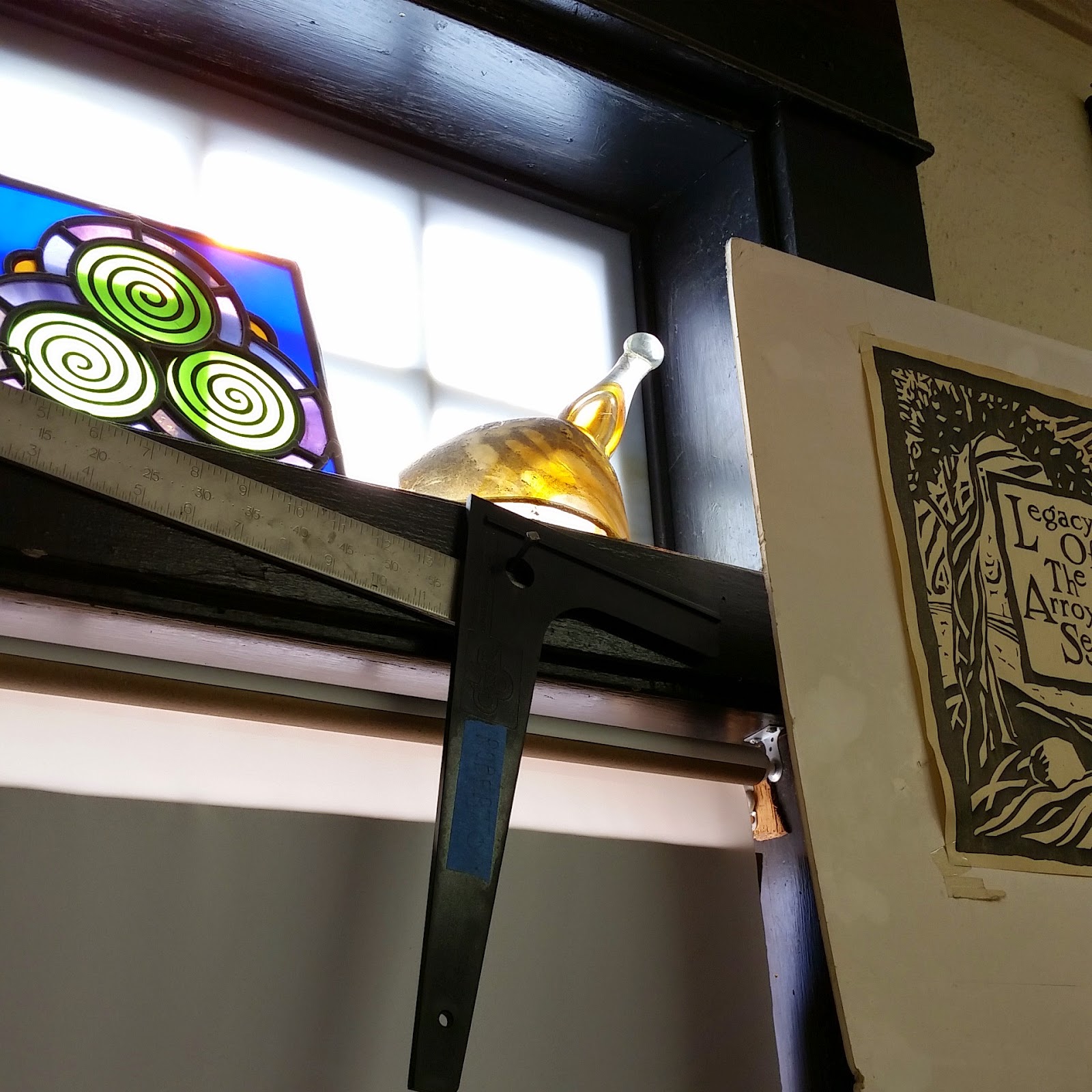 We walked through each part of the studio and quietly observed the artists and glaziers and designers and craftsmen at work. Our tour guide was among the sixth generation of Judson's to work in the studio, and he explained the process of turning glass into windows, both colored and clear. At present, they were working on one of the biggest windows they'd ever gotten contracted to do -- a basketball court-sized stained window depicting Jesus, arms outstretched. It's destined for a mega-church somewhere in the heartland.

Yikes, is all I'll say about that. 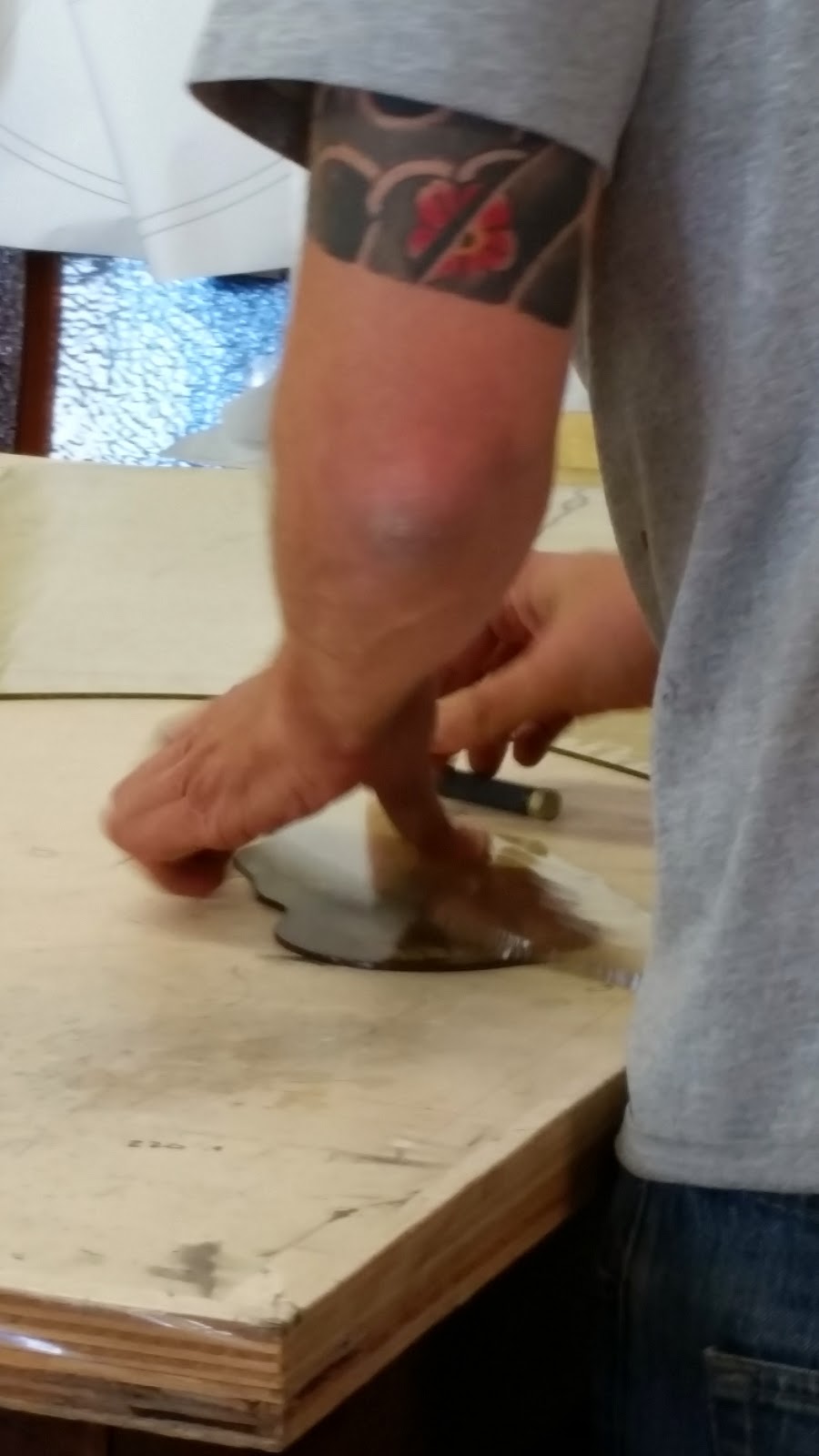 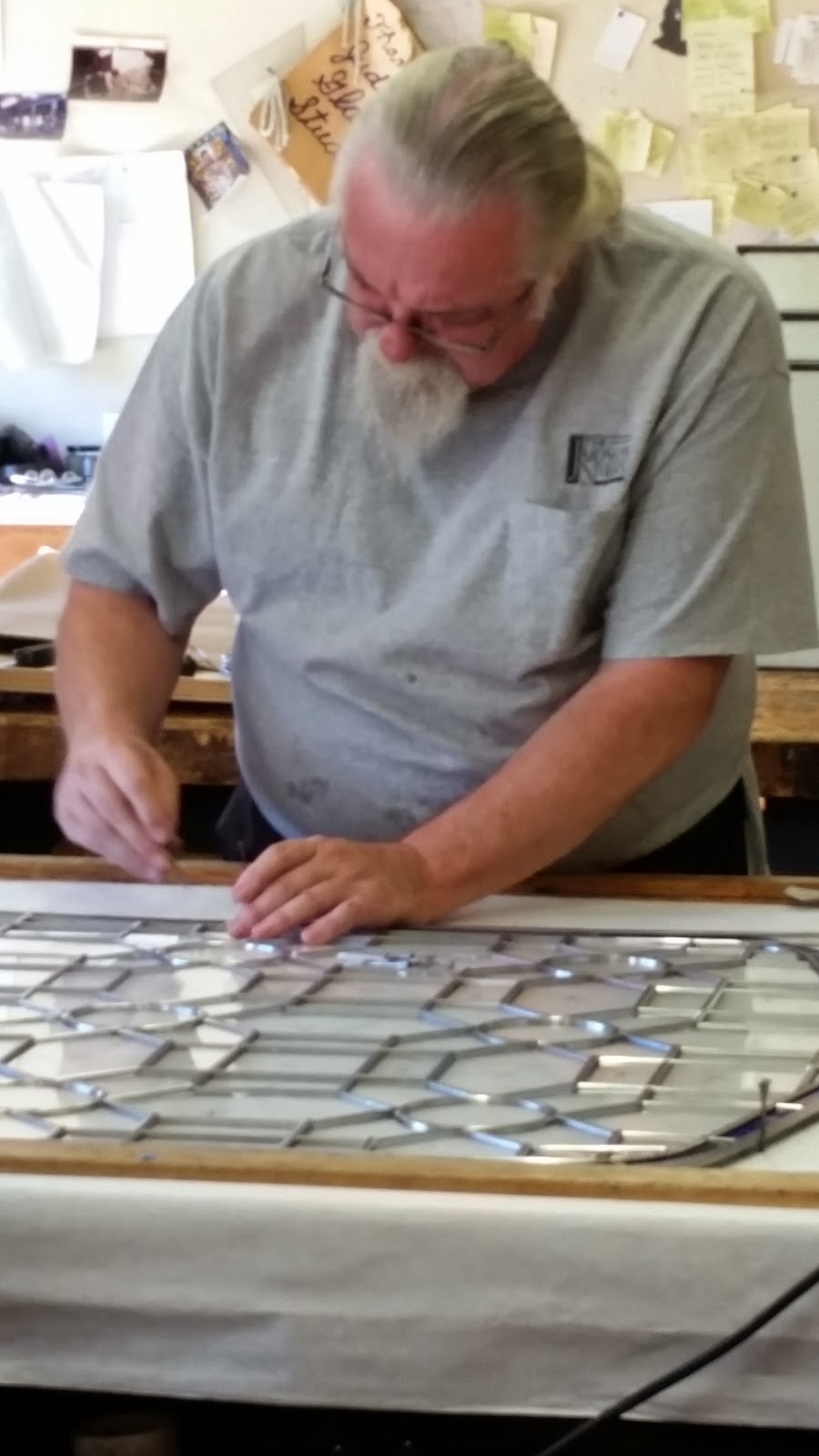 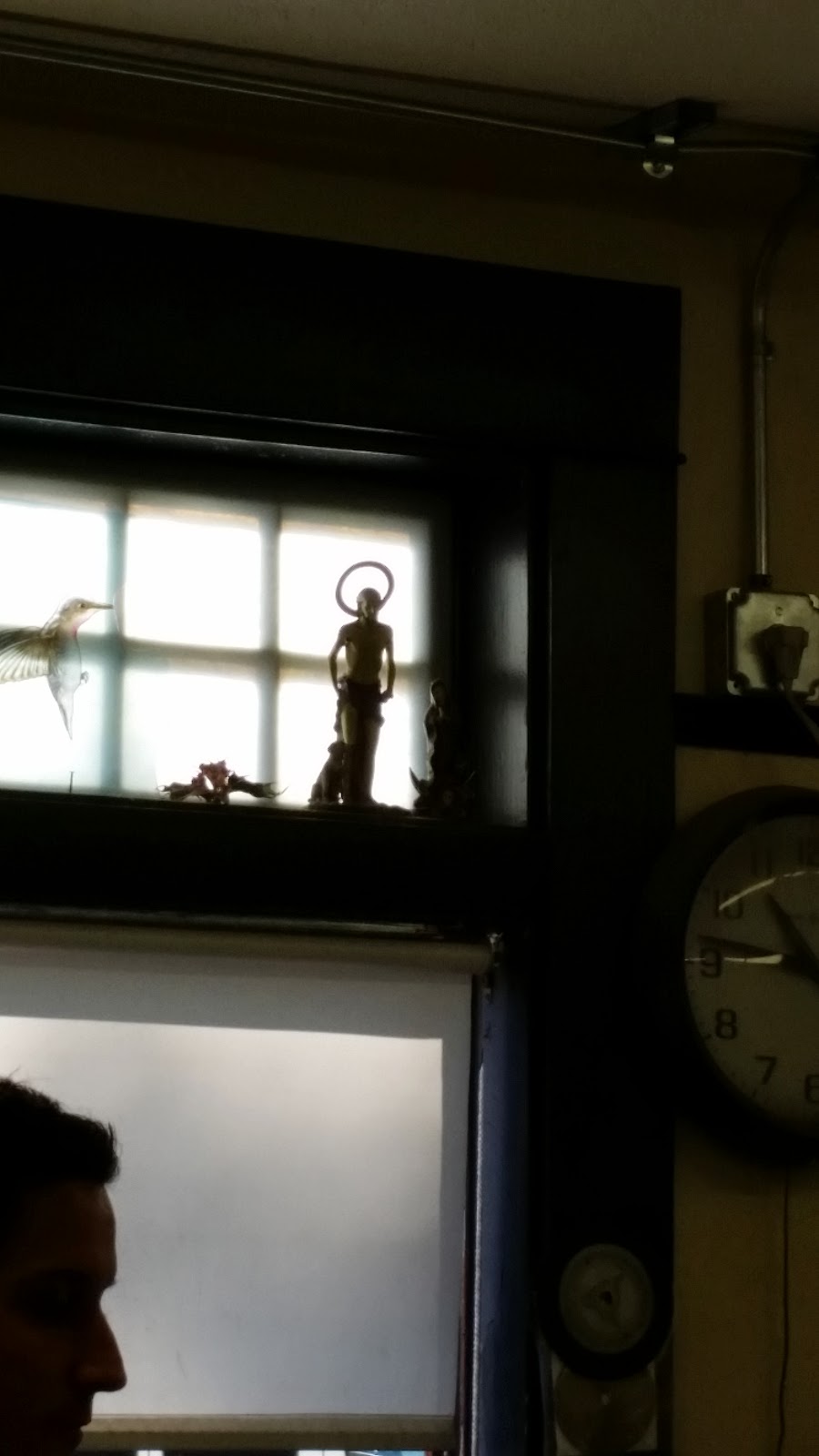 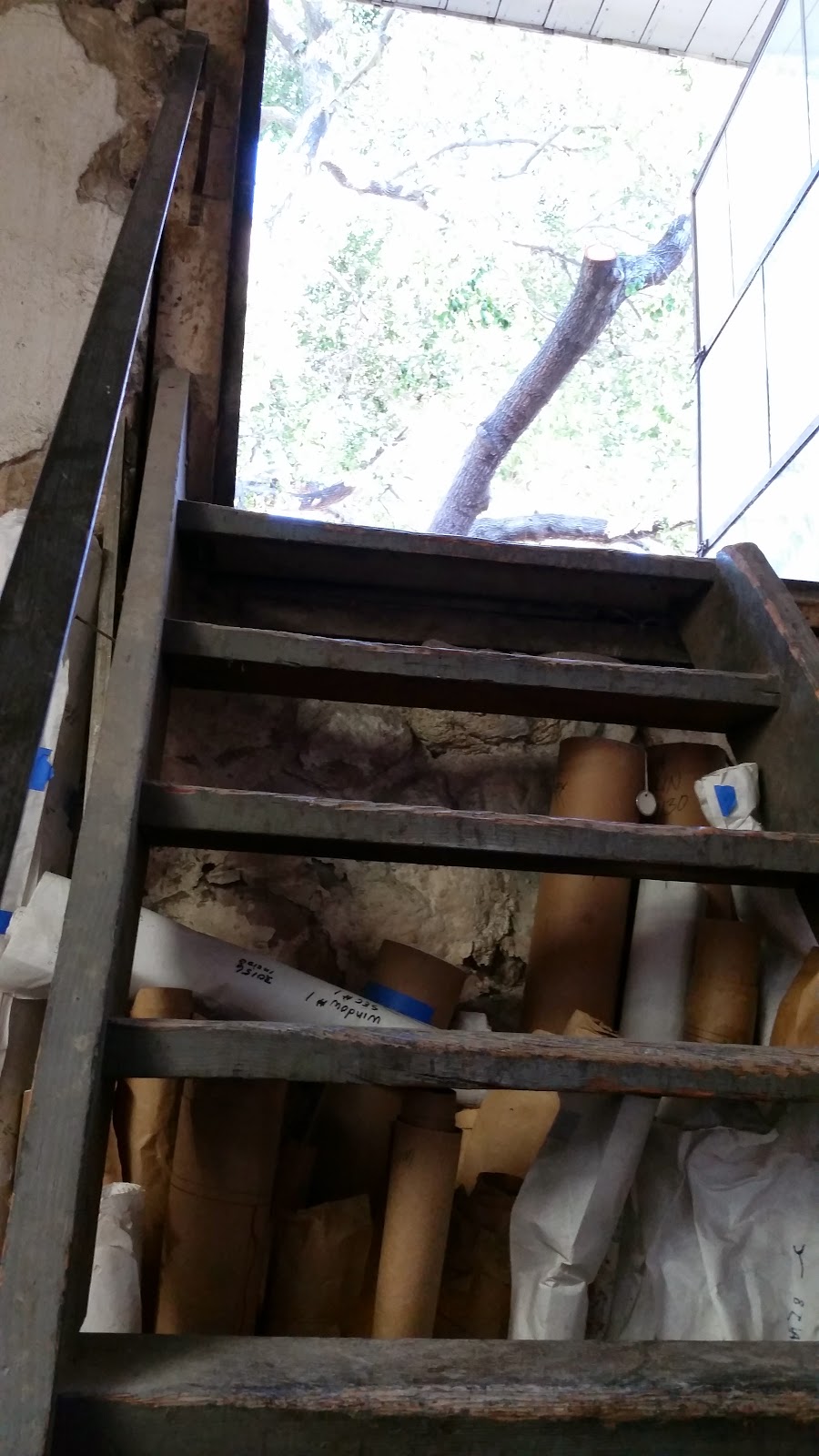 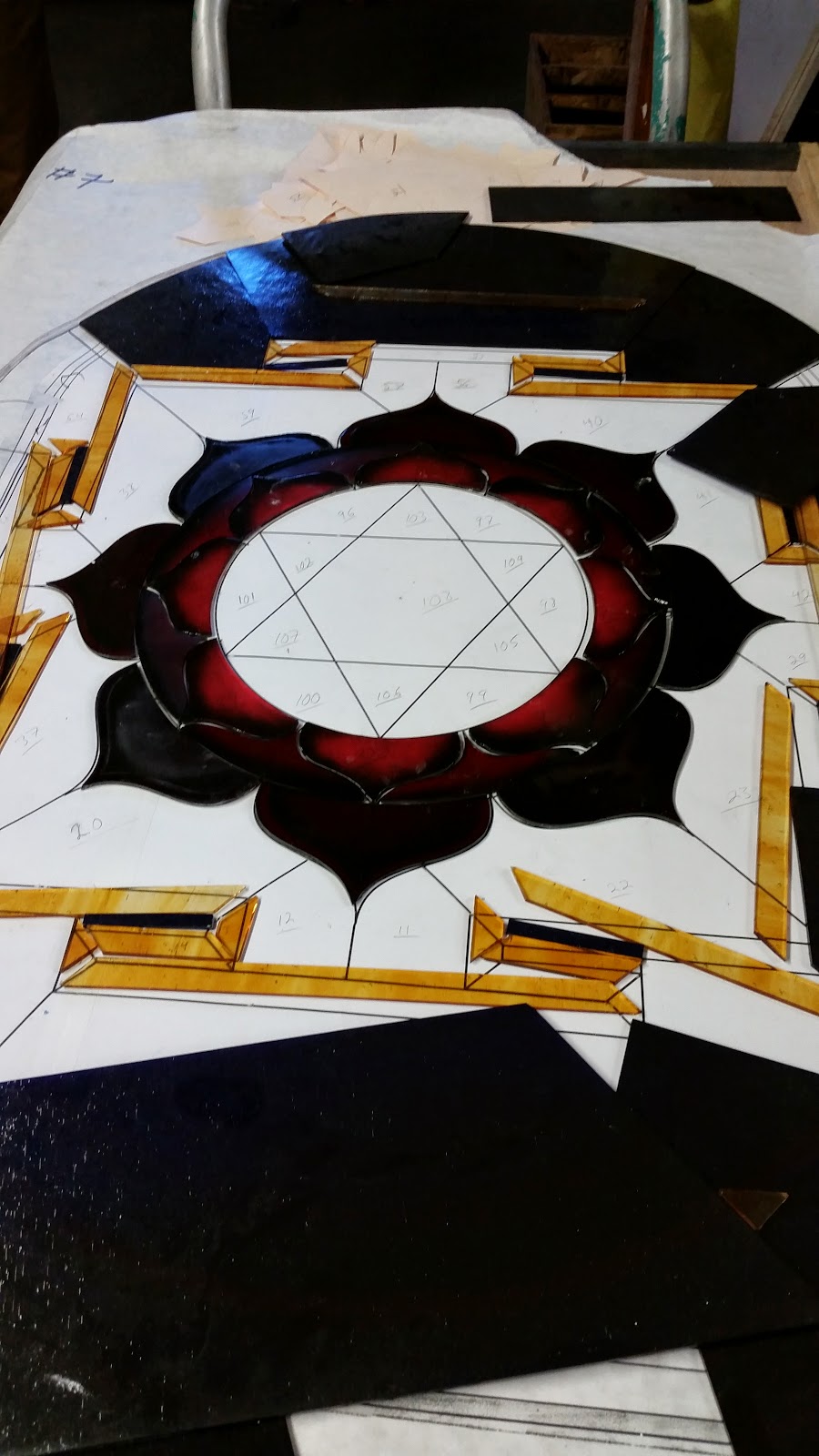 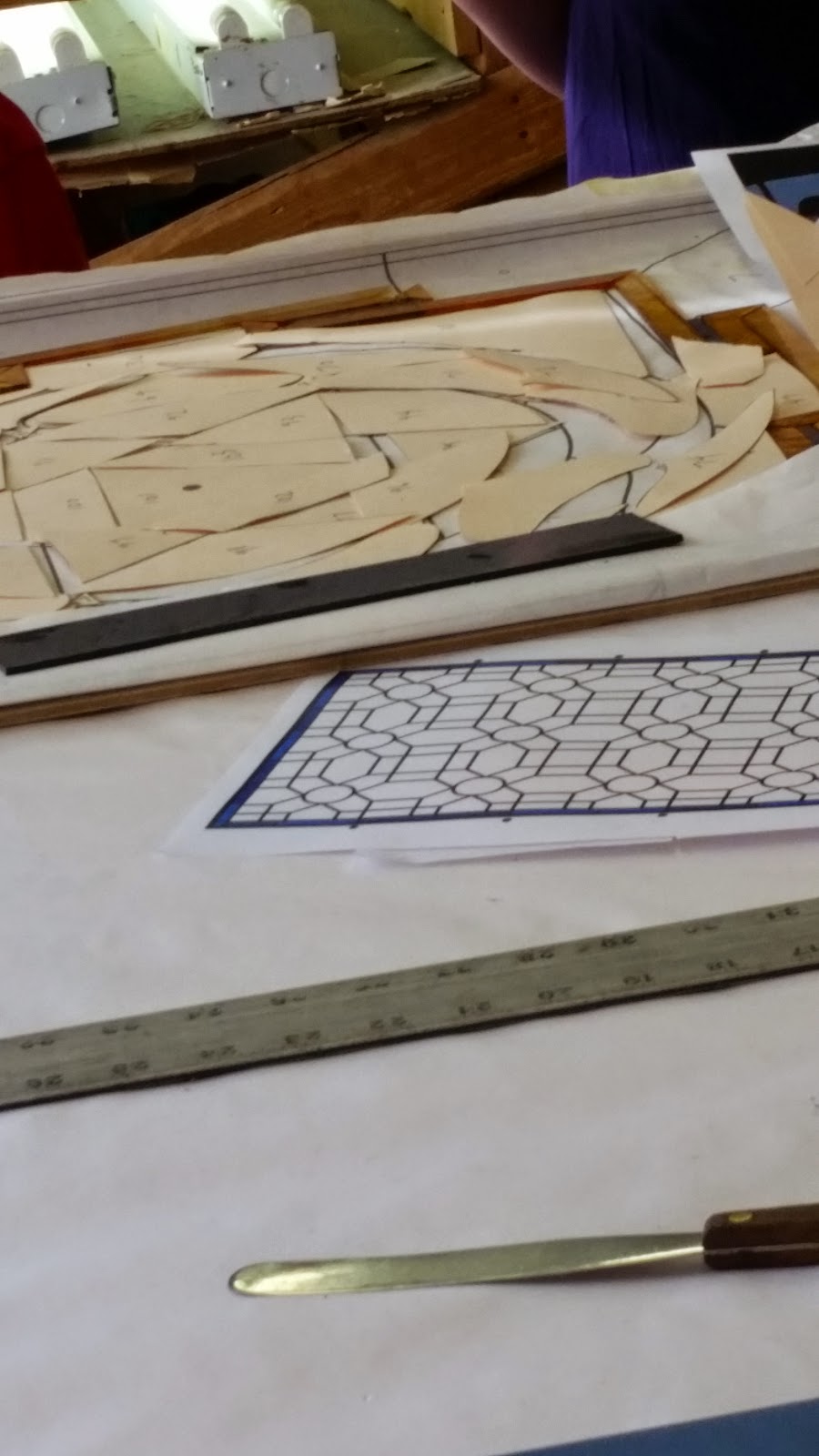 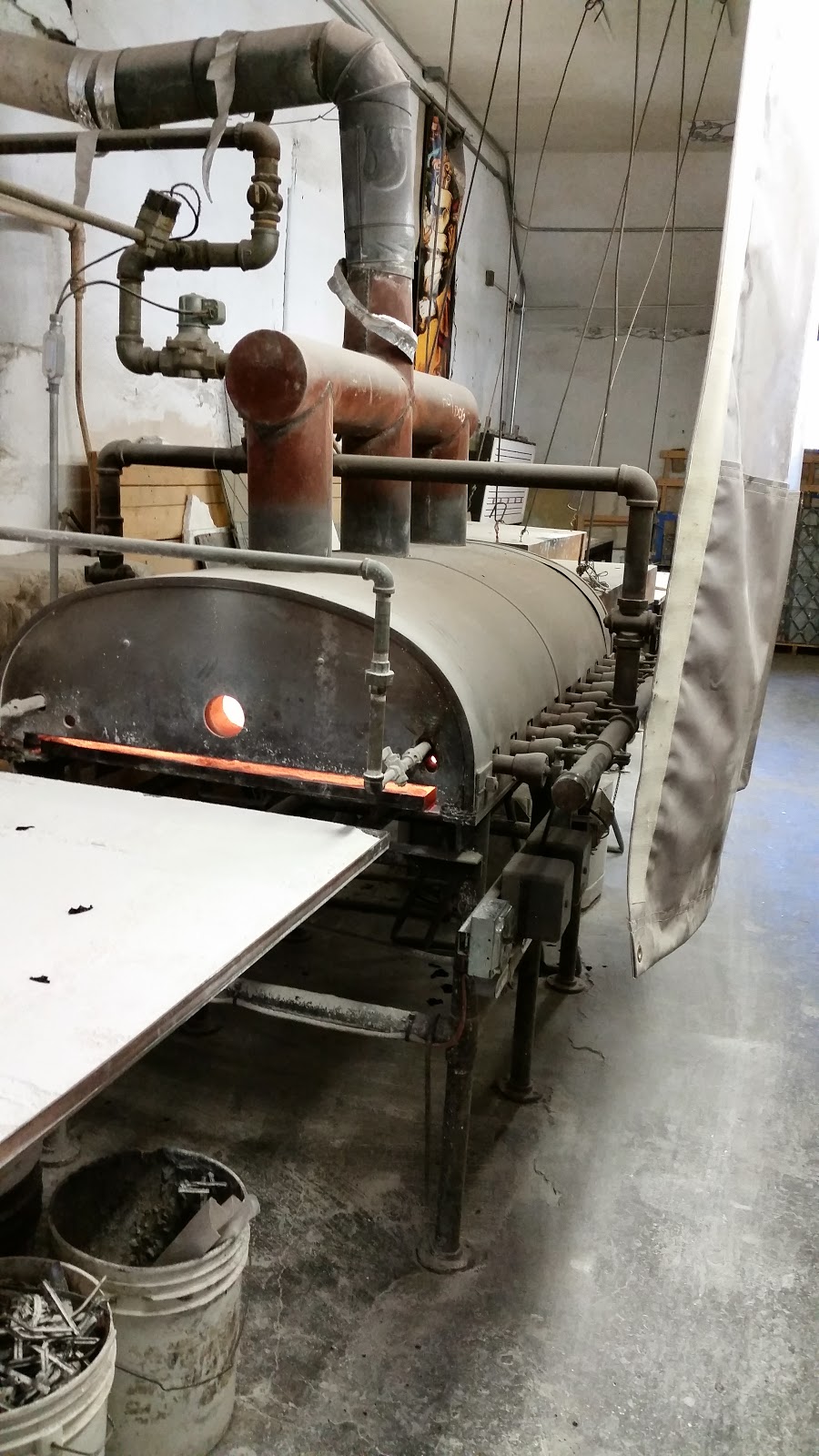 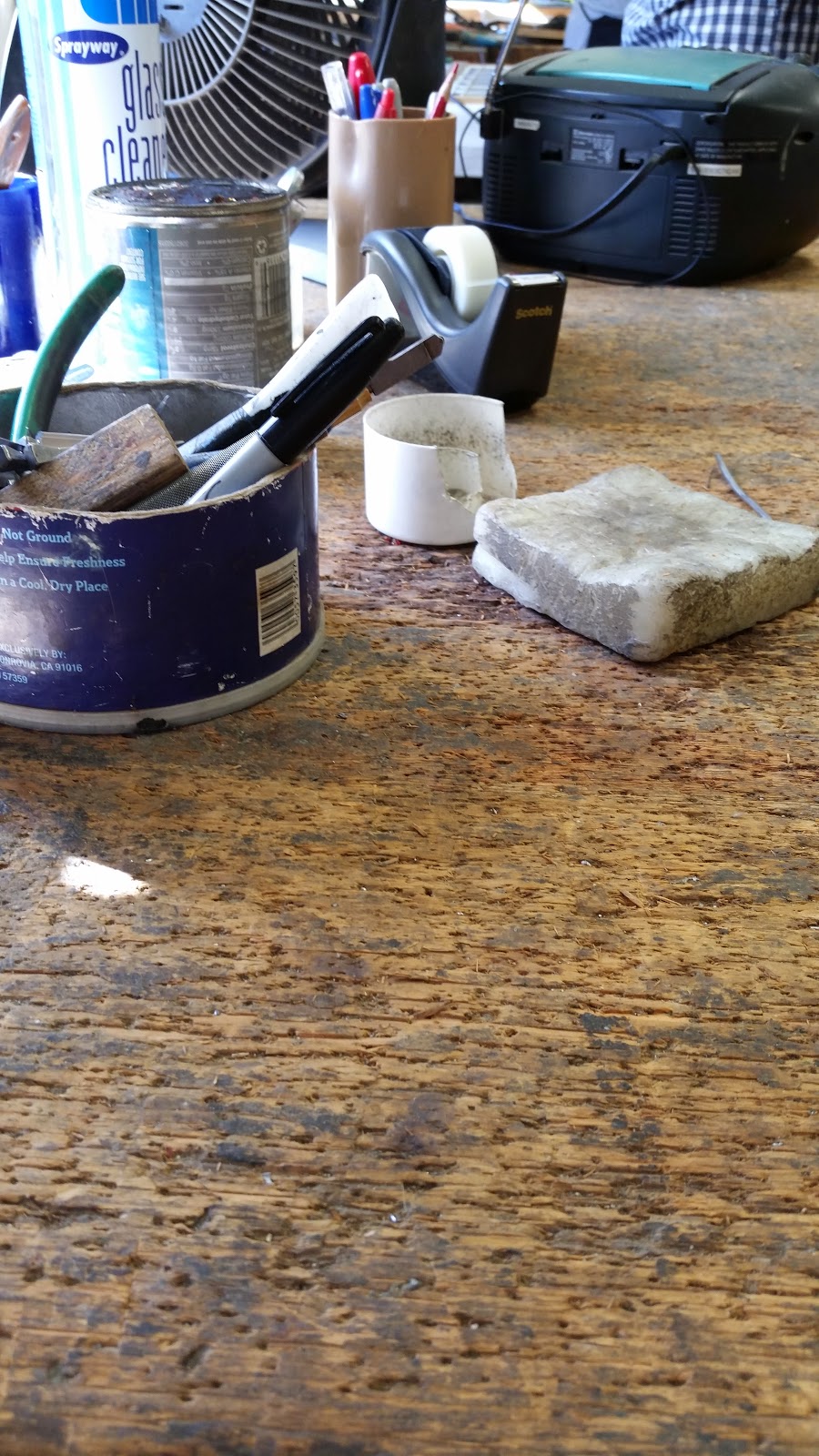 When the tour was finished, Oliver and I had lunch and then joined the others for a glass-blowing workshop in Highland Park. 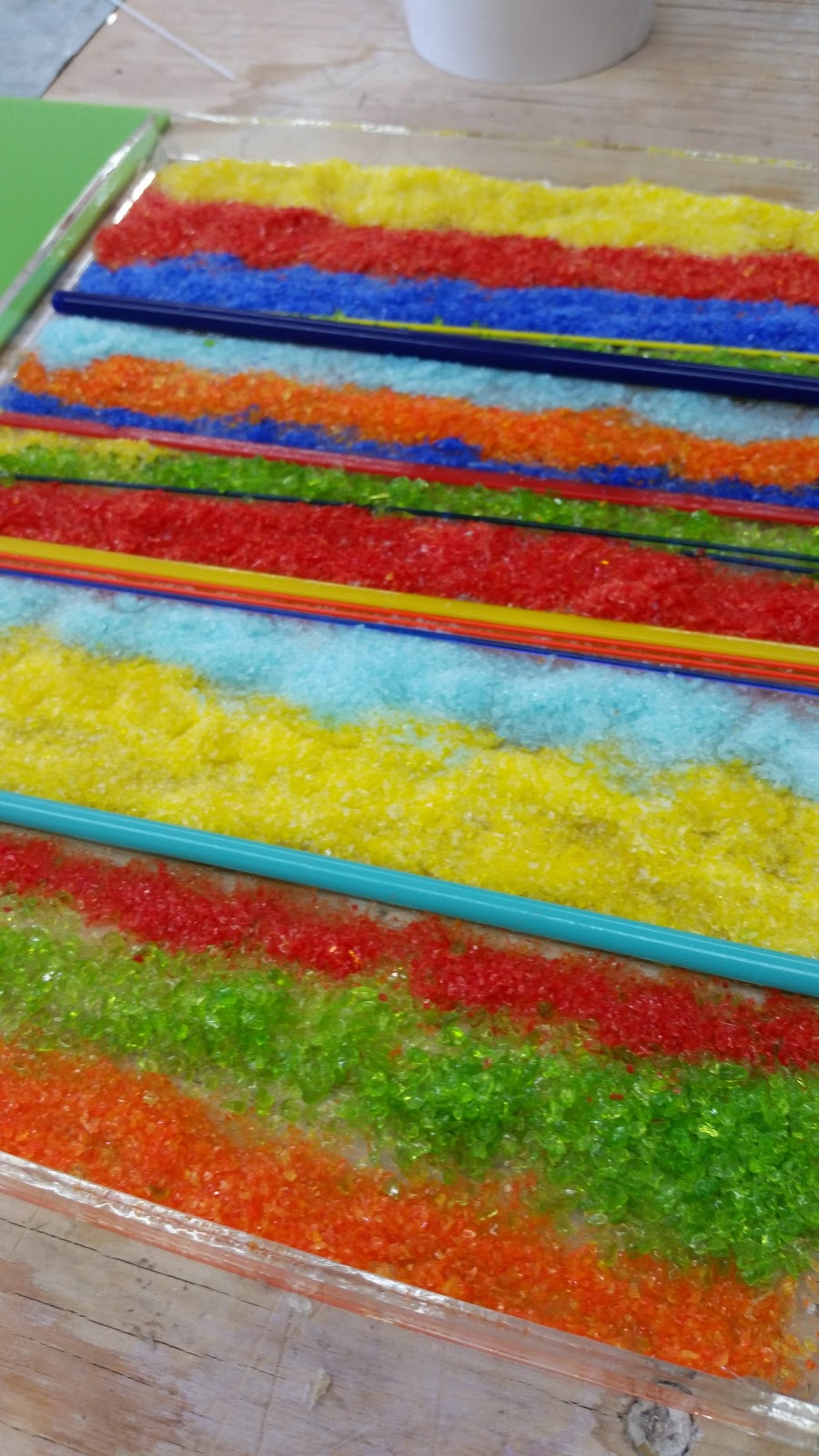 That, too, was fascinating, and despite being a pretty decent pastry chef in my day, including a steady piping hand and the ability to blow and shape sugar, it's damn hard to heat and blow glass. Oliver, of course, had a steady hand and those saxophone windpipes, so his piece was far superior to mine. 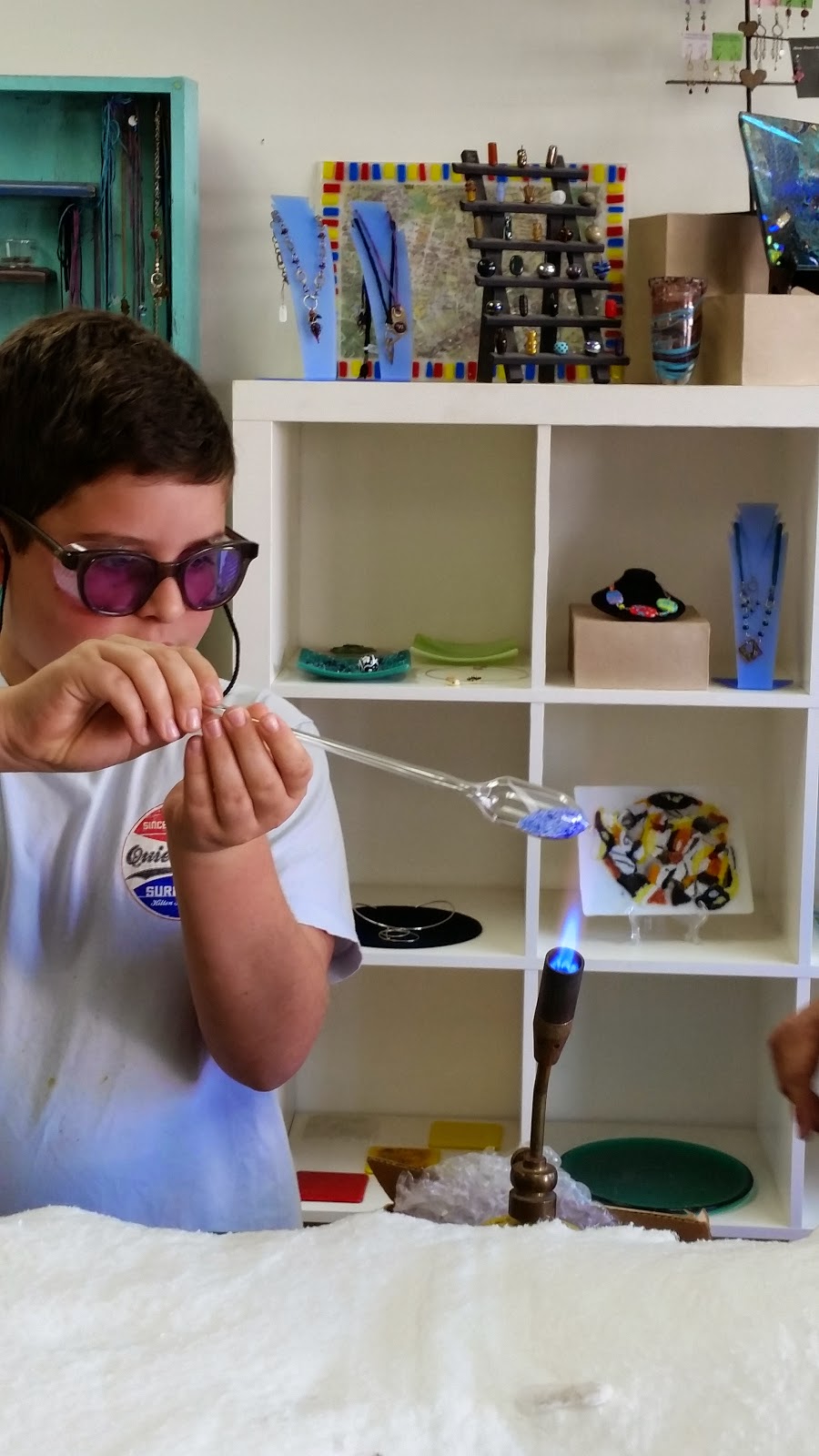 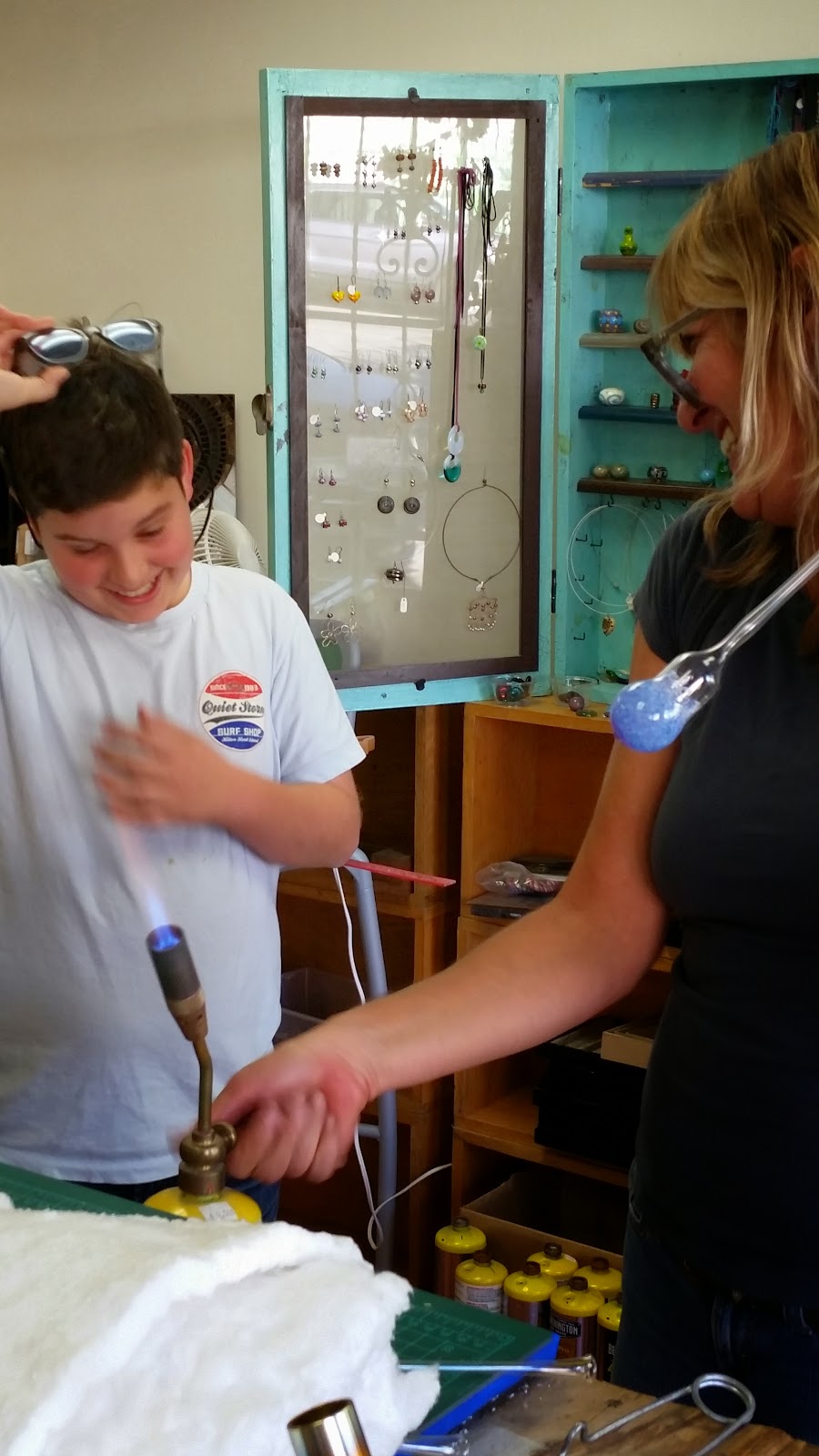 I'm not a woman who wants the public -- even ya'll -- to see what I look like blowing glass, so I'm not going to include a photo. Oliver didn't have the decency to refrain from taking a video, either, and I'll leave that horror flick up to your imagination.

It's important to maintain delusions and illusions.

It's for your own good.

I will show you what today reminded me of, though. 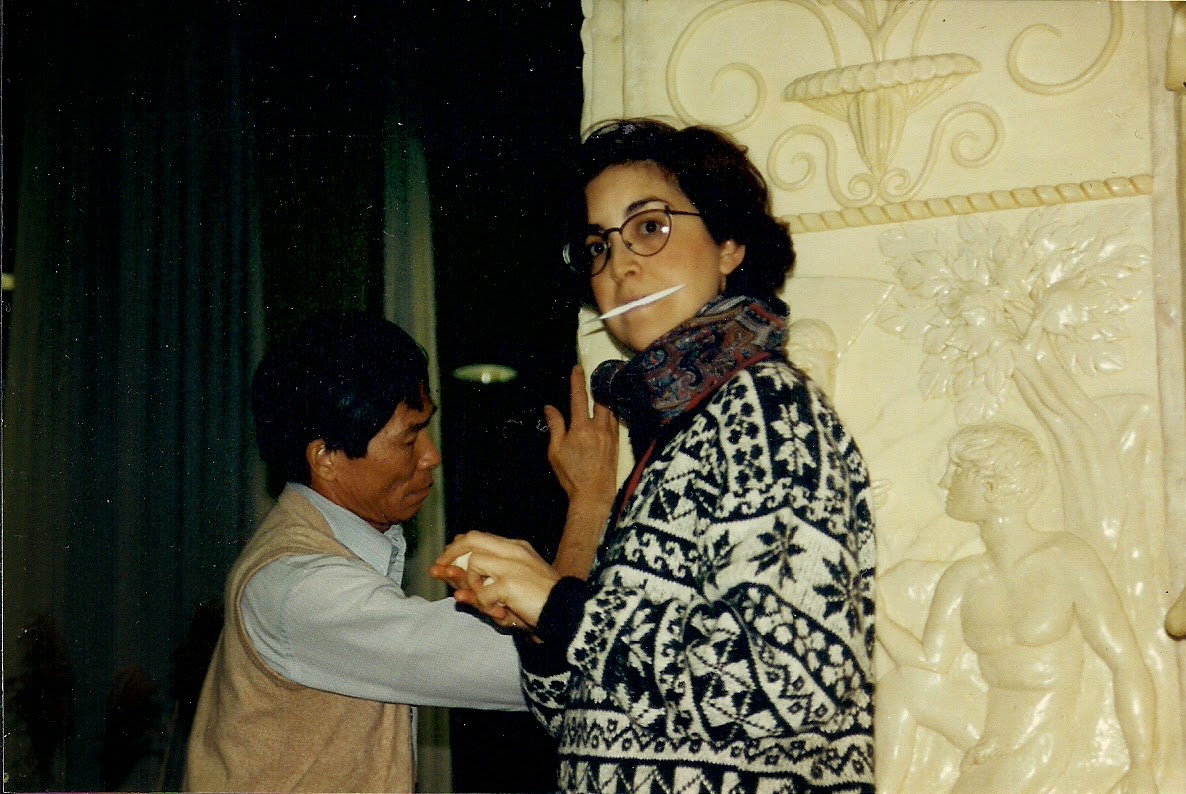 That's me and Mr. Kwak, my genius fellow-worker at a big New York City food show in the early 90s. I was probably wearing my glasses because we'd been up, working all night long. That white piece behind me is sculpted WHITE CHOCOLATE. I'm serious, ya'll. That's the kind of stuff we did. The pastry chef, Michael Hu (I wonder what happened to him?) was, essentially, an artist and food his medium. I think my job for that panel was to keep rubbing the pecs of the Greek gods until they shone. Mr. Kwak and Chef Hu were real artists, though. I appreciated their artistry, but I was never one for turning food into art. For my entry in the food show, I made a stained glass window with poured sugar, inspired by a Jean Cocteau. I'm going out on a limb to show it to you because it was the definition of pathetic: 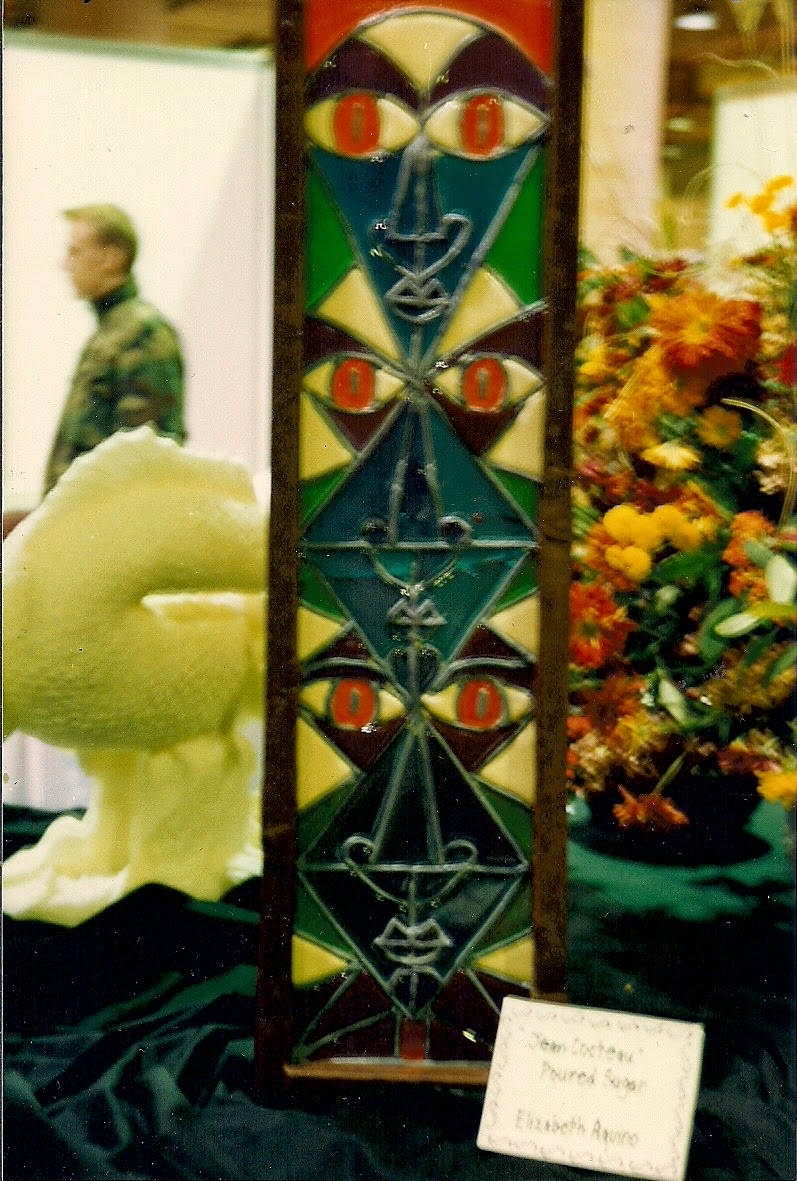 I hadn't thought of that person, that me, in a very long time. 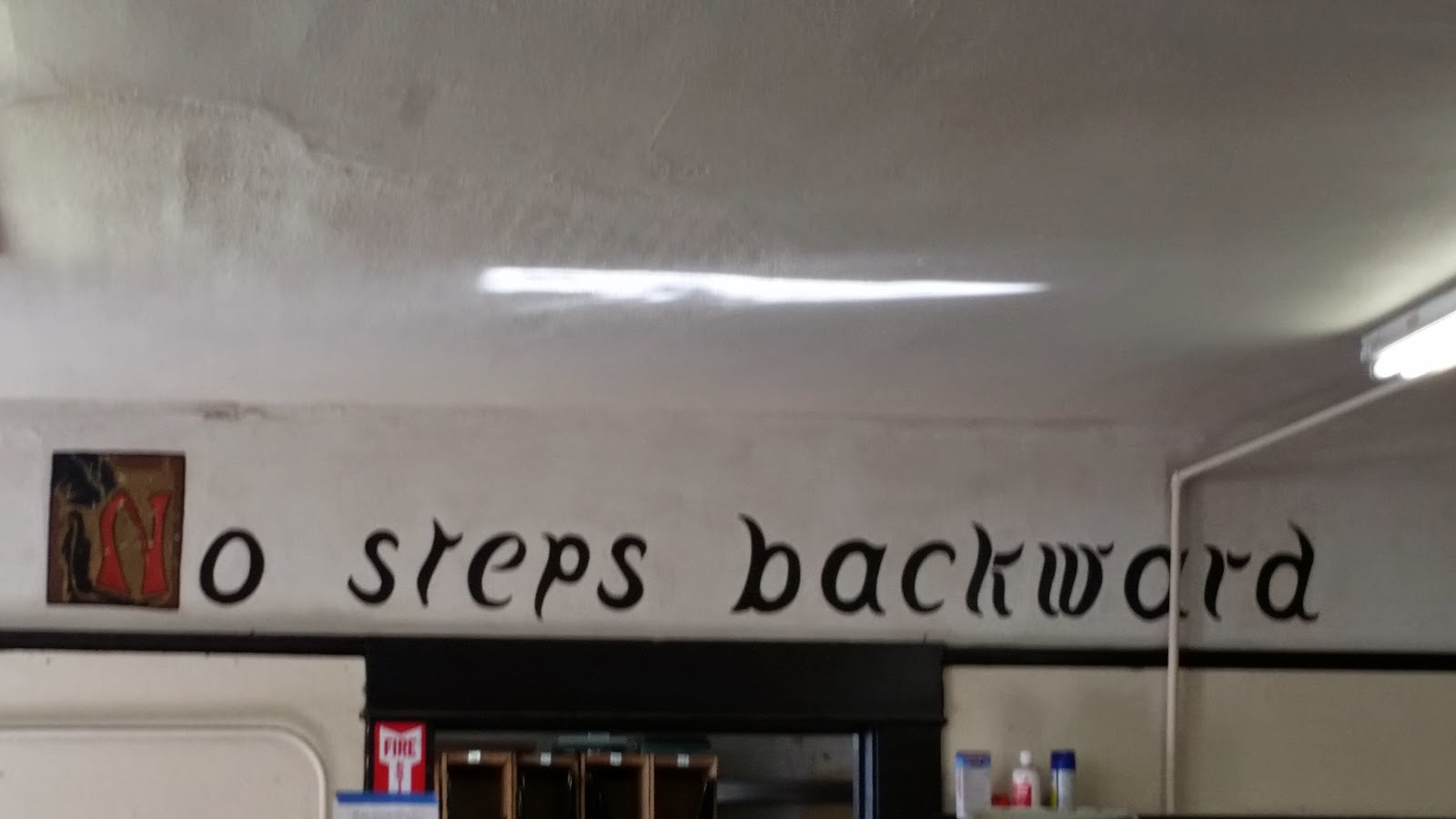 I'm still not showing you a picture of me blowing glass, though.

Posted by Elizabeth at 4:44 PM