Weekend Wrap Up: Henry, Oliver, Sophie, Oscar, Pigs in Chocolate and Me 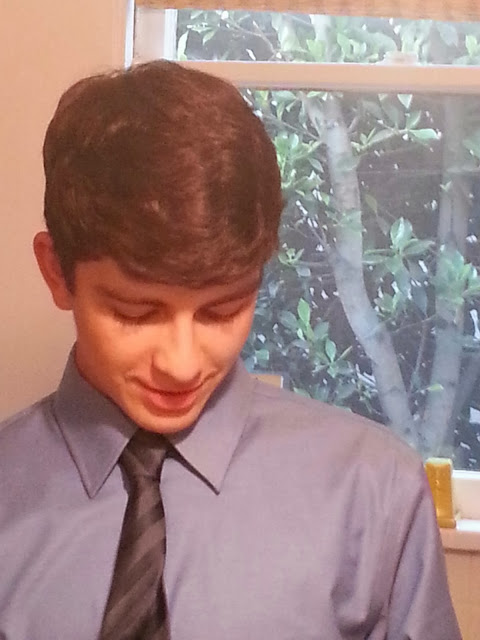 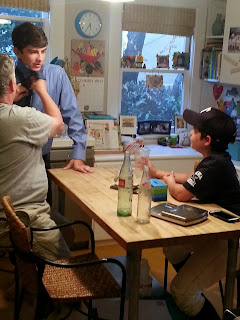 Lest you think this was an idyllic scene, know that a fight ensued, and The Peanut Gallery's parting remarks were I hope you die at the dance! Henry's response was You're not a good person. 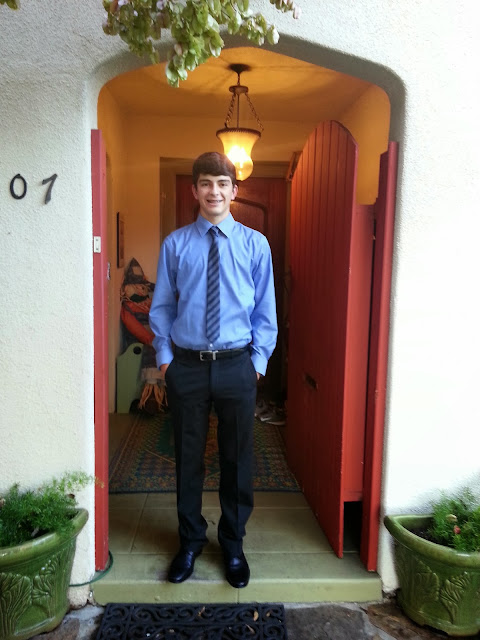 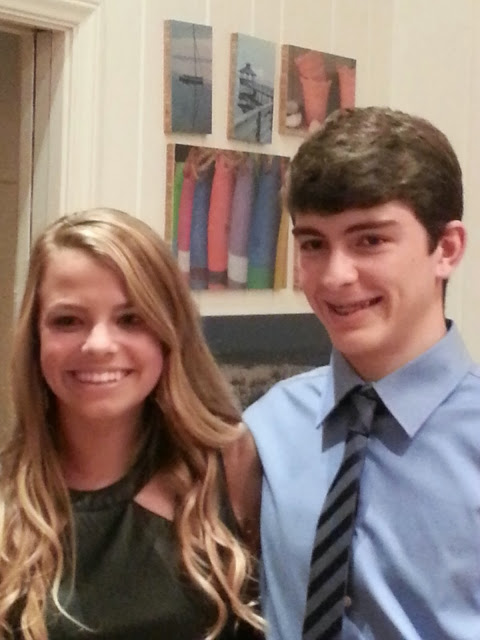 Well, the west coast has the sunshine and the girls all look so tan --

The only glitch in the night was Henry showing up at the gathering spot without a corsage for his date AND no jacket. I had suggested both and was nixed. Ahem. Thankfully, he did not die at the dance and, rather, danced the night away with about 900 other kids. I have to say that with the exception of the beautiful part, I'm glad that I'm no longer a teenager.

Earlier in the day, I had baked and decorated a chocolate cake for an adorable eighty-year old man. I had met this man a few months back, when I had dinner with him and his partner of forty years. They just got married, are both impossibly handsome and fun, and I'm just thrilled to have been included in the celebration. Here's the cake: 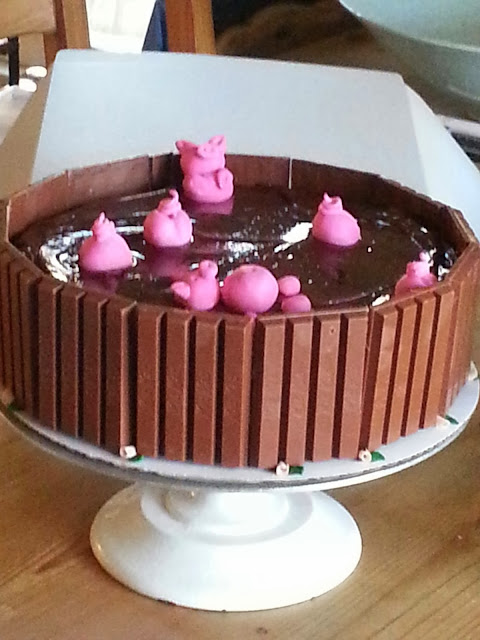 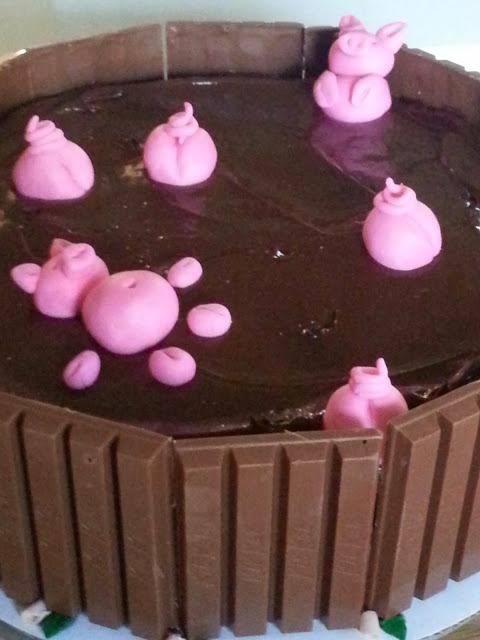 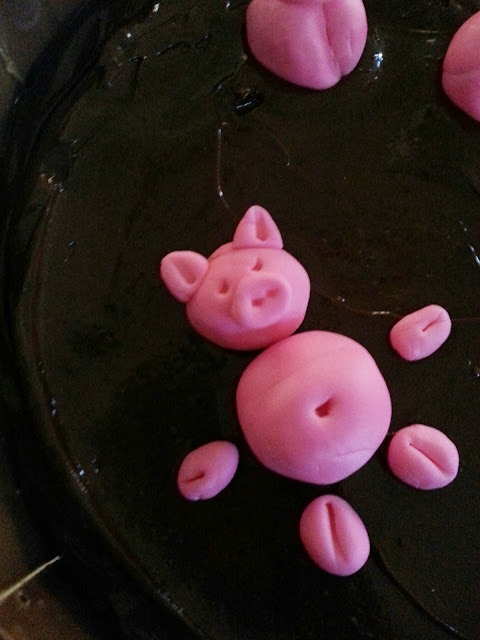 Those are pink fondant pigs, basking in the best chocolate frosting you've ever made. It's Martha Stewart's recipe, and I think I posted it once on this blog, but I can't be bothered right now to find it. Kit Kats lined the cake.

Here I am at the party. I won an Oscar for the cake: 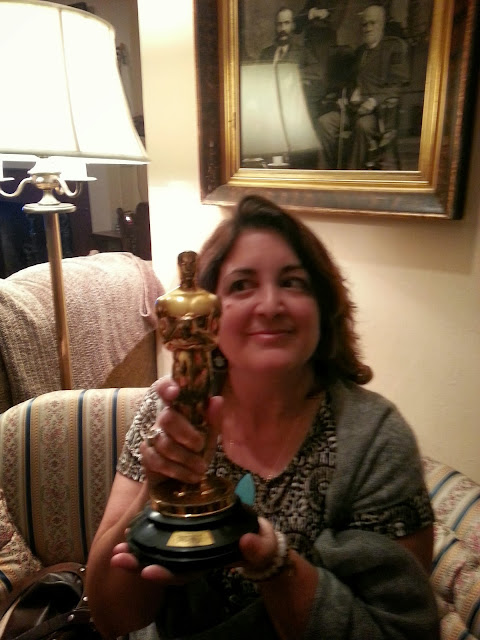 In all honesty, that's a real Oscar, won by my friend's grandfather back in the twenties. It is very heavy, very shiny and very cool.

Thank you to my readers, all of whom I would be desperate without.

Today, I'm doing laundry, setting out the Halloween shit with Oliver and otherwise relaxing. I increased Sophie's medication a few days ago, in a half-hearted attempt to decrease her seizures. The medication is a benzo and has a slow half-life (this is the sort of lingo that my peeps only will understand). It appears to be catching up with her, because this is what she looks like for much of the day: 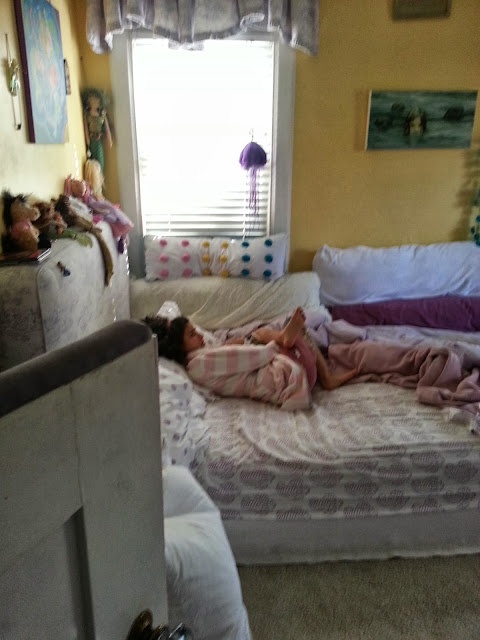 The life of a person with uncontrolled epilepsy can truly suck, and I'm not going to mince words about that. One can certainly live well with epilepsy, but for the 30% of those whose seizures are not controlled or who need massive amounts of drugs to control them, epilepsy is a scourge -- god-d*&^ed, f*&%ing scourge.

So, not to leave you with a bunch of imprecations, but what are you up to this Sunday afternoon?