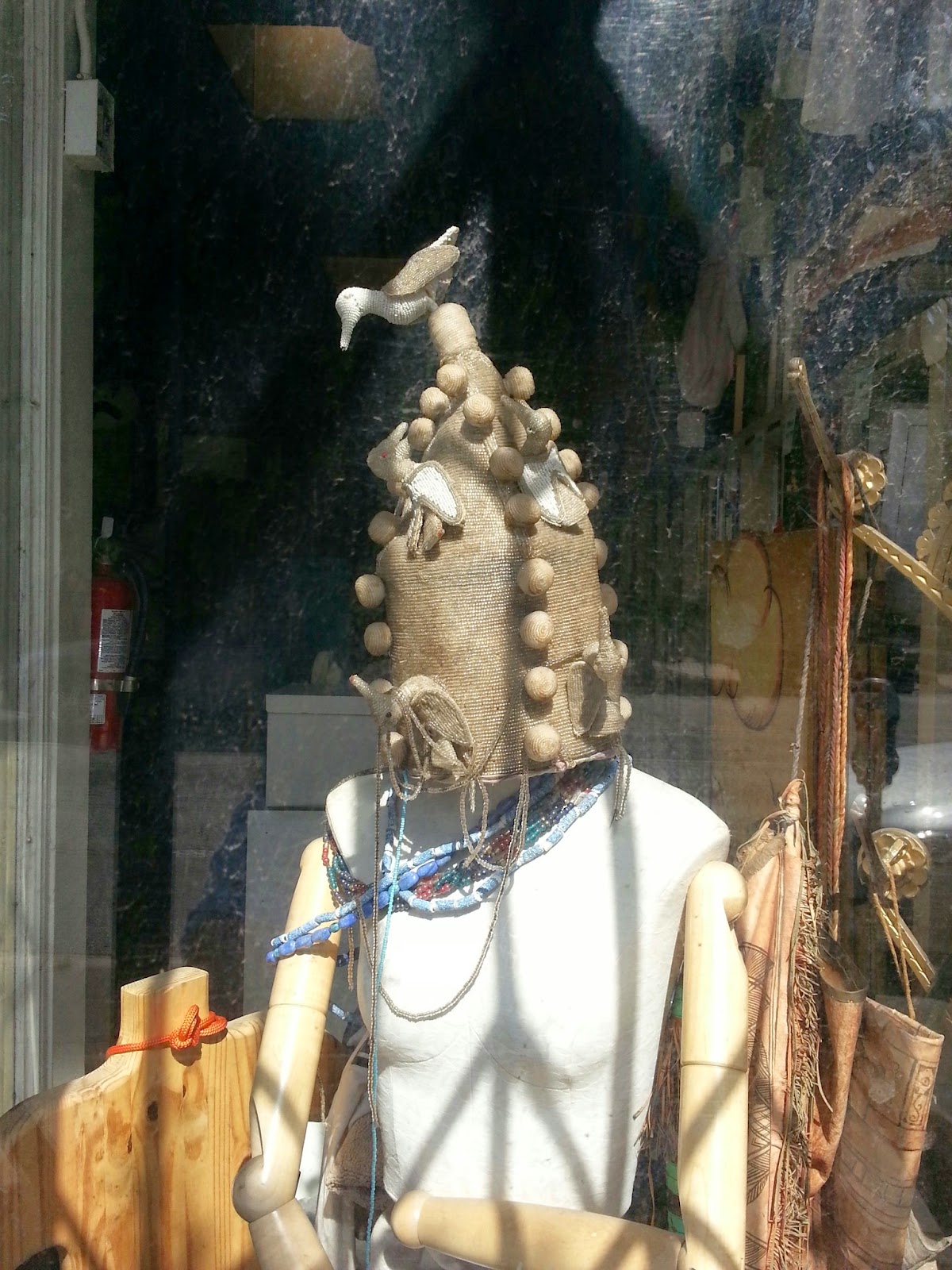 curious window display on La Brea, near my house

I feel a strange lethargy this preternaturally sunny, dry and windy day. Perhaps it's the two hours I spent lying on Sophie's bed watching Rosemary's Baby, one leg thrown over Sophie to keep her from trying to get off the bed and hurt herself. She is going through the difficult part of the wean process -- withdrawal seizing, agitated and clearly uncomfortable. Perhaps it wasn't such a good choice of movies to watch on Mother's Day, except those clothes! the misogyny! the spectacle of Mia Farrow's infantilism! what we know about Roman Polanski and Woody Allen! the Dakota! Ruth Gordon! Perhaps it's the Sunday blues. Perhaps it's the desire to be somewhere else sometime other -- you know the feeling that belies all the meditation, the Buddhist study, the admonition to be here now. That's it.
Posted by Elizabeth at 5:09 PM