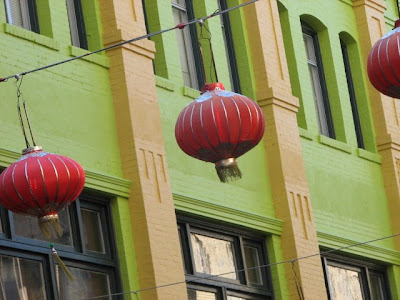 I LOVE San Francisco. I love the look of the city, the colors and the steep hills and the smell of the sea. I loved the light, especially when the sun went down and it illuminated the lanterns and chintzy stores in Chinatown. 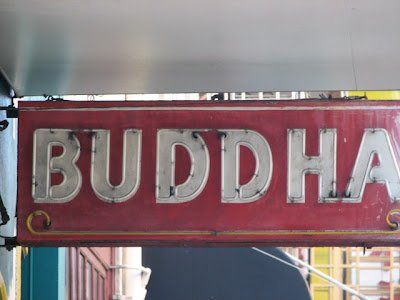 The boys loved it, too. 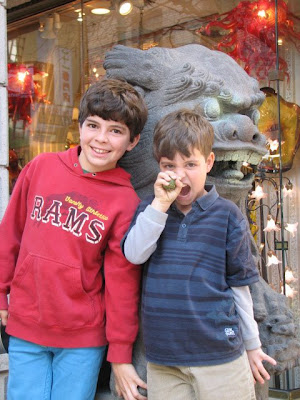 They picked out five dollars worth of -- well -- crap. Henry wanted a bobble head Obama, but that cost too much, and Oliver got five boxes of Chinese firecrackers and one paper dragon. He wanted one of these but he'd already spent his money. 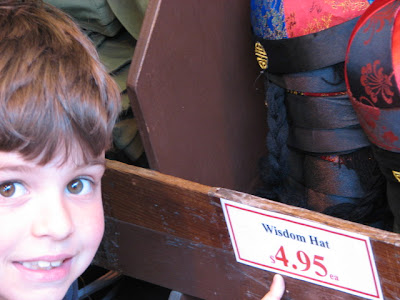 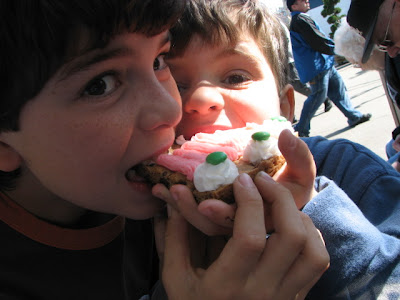 We went to the requisite spots. Lombard Street: 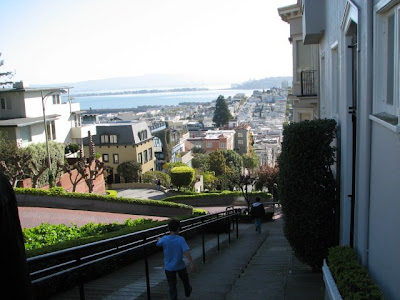 And Ghirardelli Square, where there was more junk: 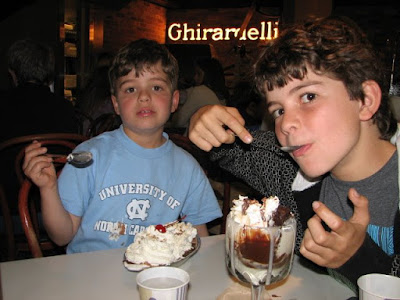 Oliver insisted on that sundae -- a Rocky Road extravaganza -- made of three scoops of ice-cream, marshmallow topping, hot fudge, whipped cream, nuts and a cherry. He actually ate the whole thing but not before I had admonished him that he might get sick. That face is his expression of annoyance -- with my admonition and my picture-taking. Henry scarfed down a warm hot fudge brownie sundae, and I stole bites from both. I'm a bit of a pastry snob, and I had to admit that the fudge sauce was damn good.

We went to the Exploratorium, which was fantastic. The boys ran and I strolled from exhibit to exhibit, all interactive. 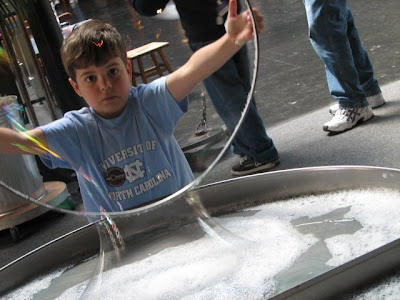 This is my favorite photo. It really made me think about perspective and my own tendency to lose any sense of it. 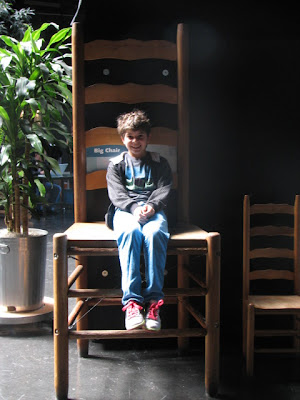 We even watched a scientist dissect a cow's eyeball. 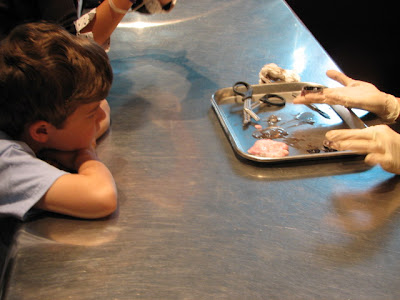 And that wasn't nearly as creepy as the trip we took a day later to the Winchester Mystery House. Evidently, the widow of Jesse Winchester, the creator of the eponymous gun, had to placate the spirits (she was a spiritualist) who directed her to pay penance for the many deaths from Winchester guns by building onto a house 24 hours a day for 34 years. There were over 110 rooms, staircases that led to nowhere, windows and doors that opened onto nothing -- very CRAZY. 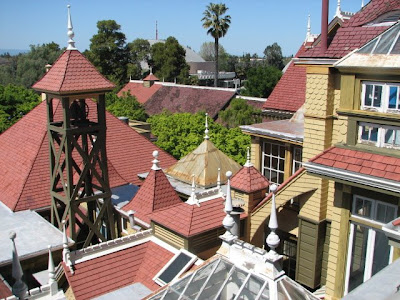 Between the prisoners on Alcatraz and the idea of spirits directing one to build, build, build, Oliver was definitely creeped out. 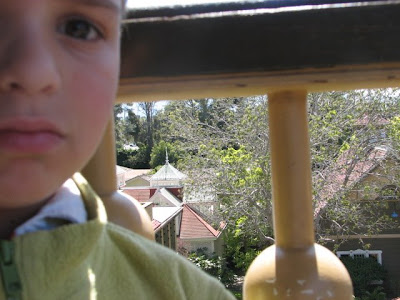 So that's a bit of my travelogue. I'm grateful for The Boys and, of course, The Husband, who enabled us to "get away."

Posted by Elizabeth at 4:30 PM