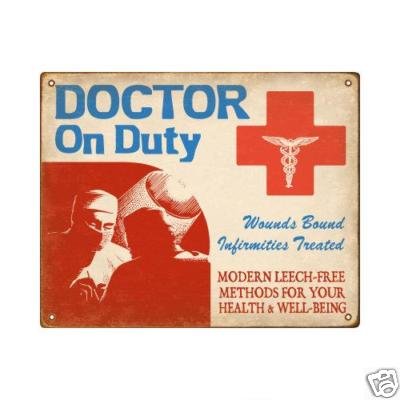 Confession: I haven't been to the doctor (other than my dear Dr. Jin and the yearly lady stuff) for over three years.

Realization: These have been and continue to be really poor reasons not to go to the doctor. The doctor won't think it's a moral failing when she notes my weight. I'm not doing myself any favors, as they say, by not going. I'm an idiot not to go.

Breakthrough: I made an appointment to see the doctor for a physical in mid-March.

Afterthought: My doctor is a naturopath who uses modern, leech-free methods for my health and well-being. Other than getting on a scale, it won't be so bad.
Posted by Elizabeth at 11:39 AM