Medical Marijuana Update Number 3,235,679: When I Sit at My Computer Weeping 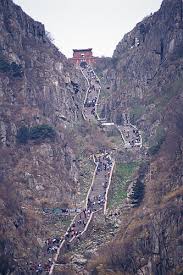 First of all, the reason that I'm weeping is because of this story. The part that got me weeping was this:

"I literally see Charlotte's brain making connections that haven't been made in years," Matt said. "My thought now is, why were we the ones that had to go out and find this cure? This natural cure? How come a doctor didn't know about this? How come they didn't make me aware of this?"

"I didn't hear her laugh for six months," Paige said. "I didn't hear her voice at all, just her crying. I can't imagine that I would be watching her making these gains that she's making, doing the things that she's doing (without the medical marijuana). I don't take it for granted. Every day is a blessing."


I've been in this game for nearly twenty years now, and I've been down the road of "cures" for nearly that long as well. My hopes went up and my hopes were dashed and then they went up and then they were dashed. Sophie was tested for this and tested for that, tried this and tried that. I learned to keep the hope, but I learned to shrug off the dashed hopes, sometimes bitterly but never in any sort of defensive way. If you don't have hope, you don't have anything, my old friend Tal once said, even after her own dear son had passed away. I've held the hope in the family and The Husband has, too.

These medical marijuana miracle stories are giving me hope, but they're also driving me nuts. When I log into the Pediatric Cannabis Therapy group page on Facebook, I'm overwhelmed by people's advocacy efforts for their children with seizure disorders. I see myself, but I see myself more than ten years ago. I am so tired. I'm tired of doing it. I might even be a bit tired of holding hope. I know I should rally the forces and get down to it, but I'm having a hard time doing it. I got the stuff for Sophie and gave it to her for nearly a week. There was absolutely no response. I figured out from reading other's advice, that the proportion of CBD to THC that I had was too small, insignificant actually, to impact Sophie's epilepsy. I am having a hard time figuring out where to get the right stuff, the Charlotte's Web, the Harlequin strains, as they don't seem to be available in southern California. I read about people packing up their bags and moving to Colorado or whatever state has more lenient medical marijuana laws. I feel guilty. Then I remember that I moved to California from my beloved New York City fifteen years ago for exactly the same reason: a possible better life for Sophie.

I'm not sure what the purpose is of this blog post other than to somehow hash out my conflicted feelings, try to rally myself to take another go at it. My heart is filled with happiness for the people who do, finally, find their miracles. Their children's seizures stop, they begin to laugh, their broken brains are given an opportunity to mend. Sophie? Sophie is still seizing, and my hope is like a hermit living on the top of some windy, sacred Chinese peak.
Posted by Elizabeth at 4:27 PM