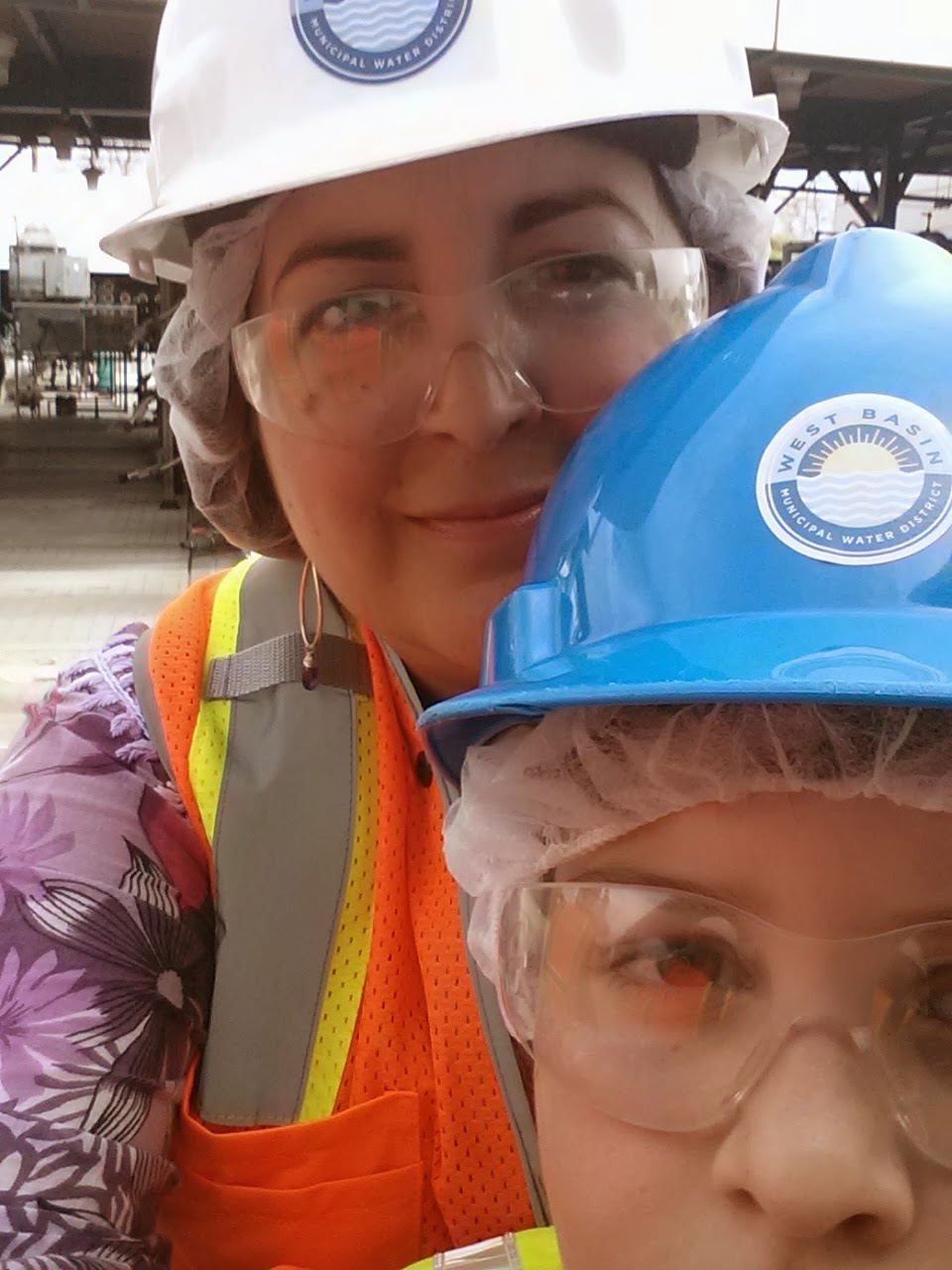 Have I ever told ya'll about the time in college where I thought I'd branch out from the English and French literature courses, the Chinese language, folklore and history and take a course in the Engineering school titled Solid Waste Management? It's dim in my mind, but I trudged over hill and dale to a part of the UNC campus unknown to those immersed in Auden and Balzac and learned about how our waste is managed. God, it was awful. The textbook was graphic, as I recall, and the professor insanely dull. I have no aptitude for such practical matters. It was probably the worst class I'd ever taken, right after Advanced Calculus. I remember absolutely nothing about it except for that. I blamed myself for the desire to be well-rounded.

Nearly thirty years later, I participated in a field trip today with other homeschoolers to the Edward C. Little Water Recycling facility, the largest water recycling facility in the United States. After donning a hairnet, safety glasses, a vest and hard hat, we were taken on a tour throughout the actual facility, and it was easily the second best field trip I've ever been on (after Alcatraz). Fascinating stuff, ya'll, and not a little sobering. We walked over vast vats of bubbling sludgey water and were so high up at one point that I felt a little nauseous and had to talk myself out of crawling across what to you might have looked like a steel catwalk but to me was a precarious vertiginous path to nowhere. I knew Oliver would rather have jumped into said sludge than see his hair-netted matron of a mother on her hands and knees, so I sucked it up and looked straight ahead. 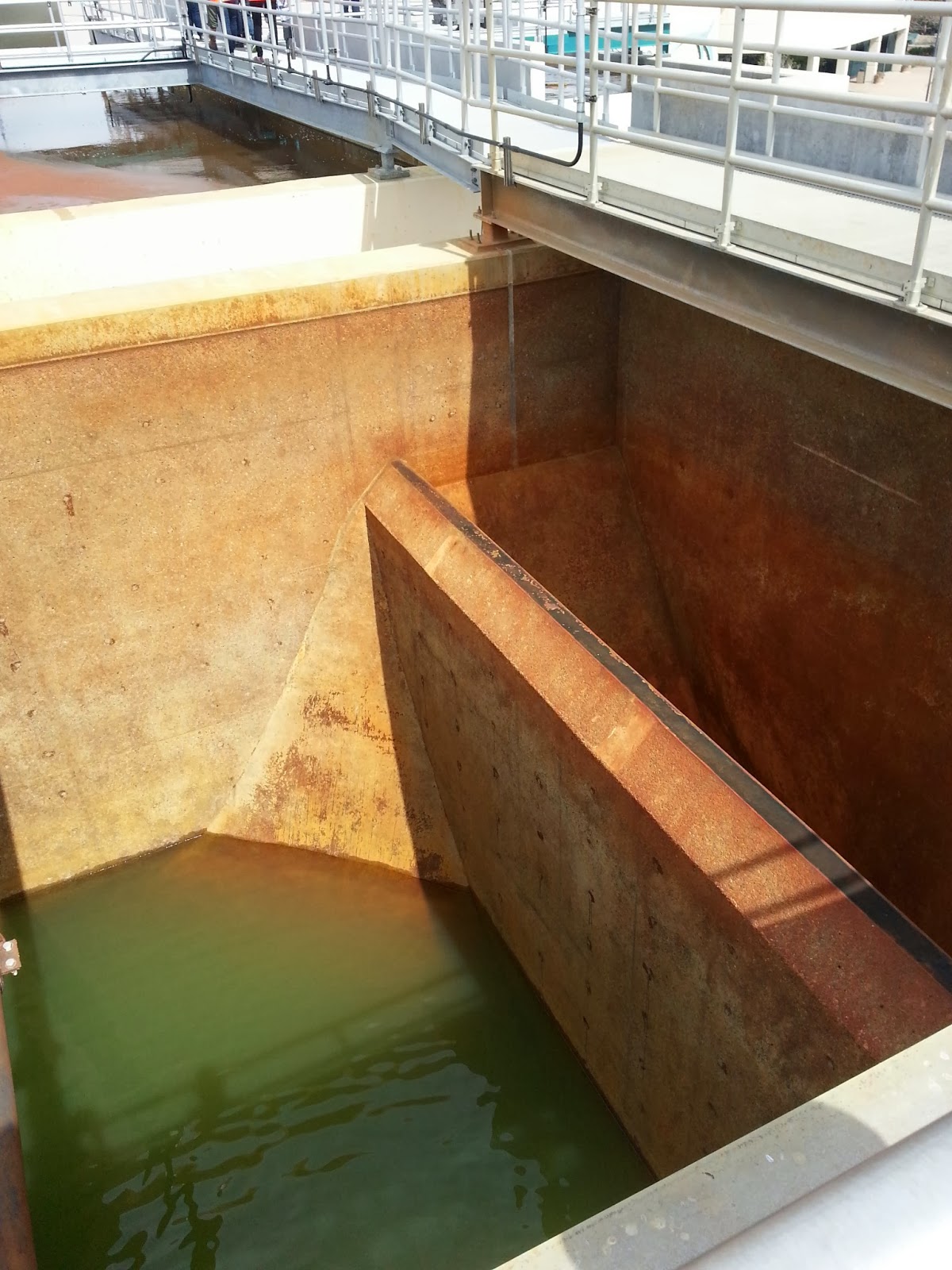 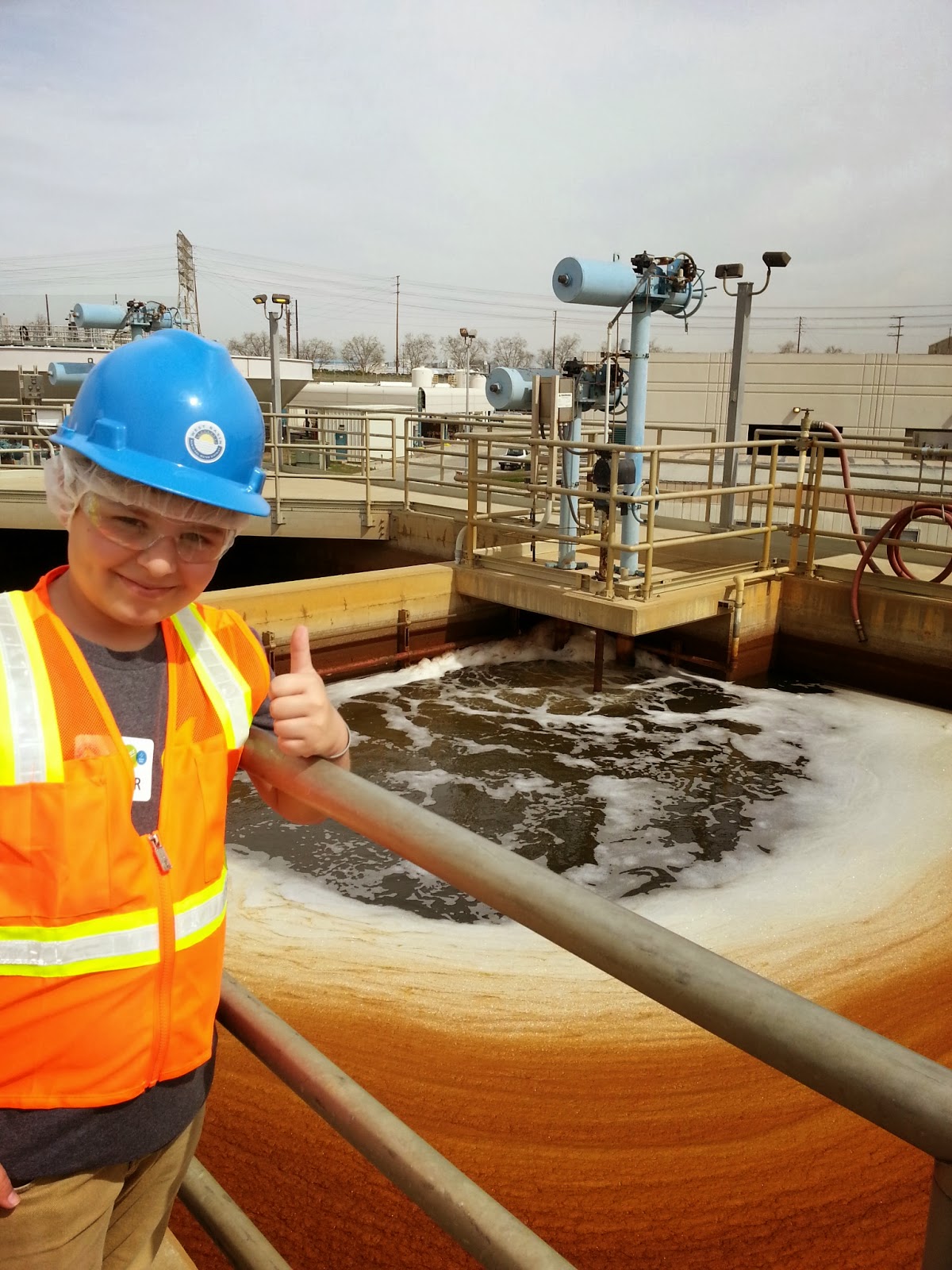 Weirdly enough, we've been delving into chemistry and had just read about chemistry and technology, so this was just about the most perfect accompaniment we could have imagined. Days like this make me so grateful that we've made this decision -- Oliver AND I learned so much today it was almost exhilarating. I'd even go so far as to say that in 2014, I'm far more well-rounded -- in every way -- than I ever was in 1985.
Posted by Elizabeth at 5:26 PM