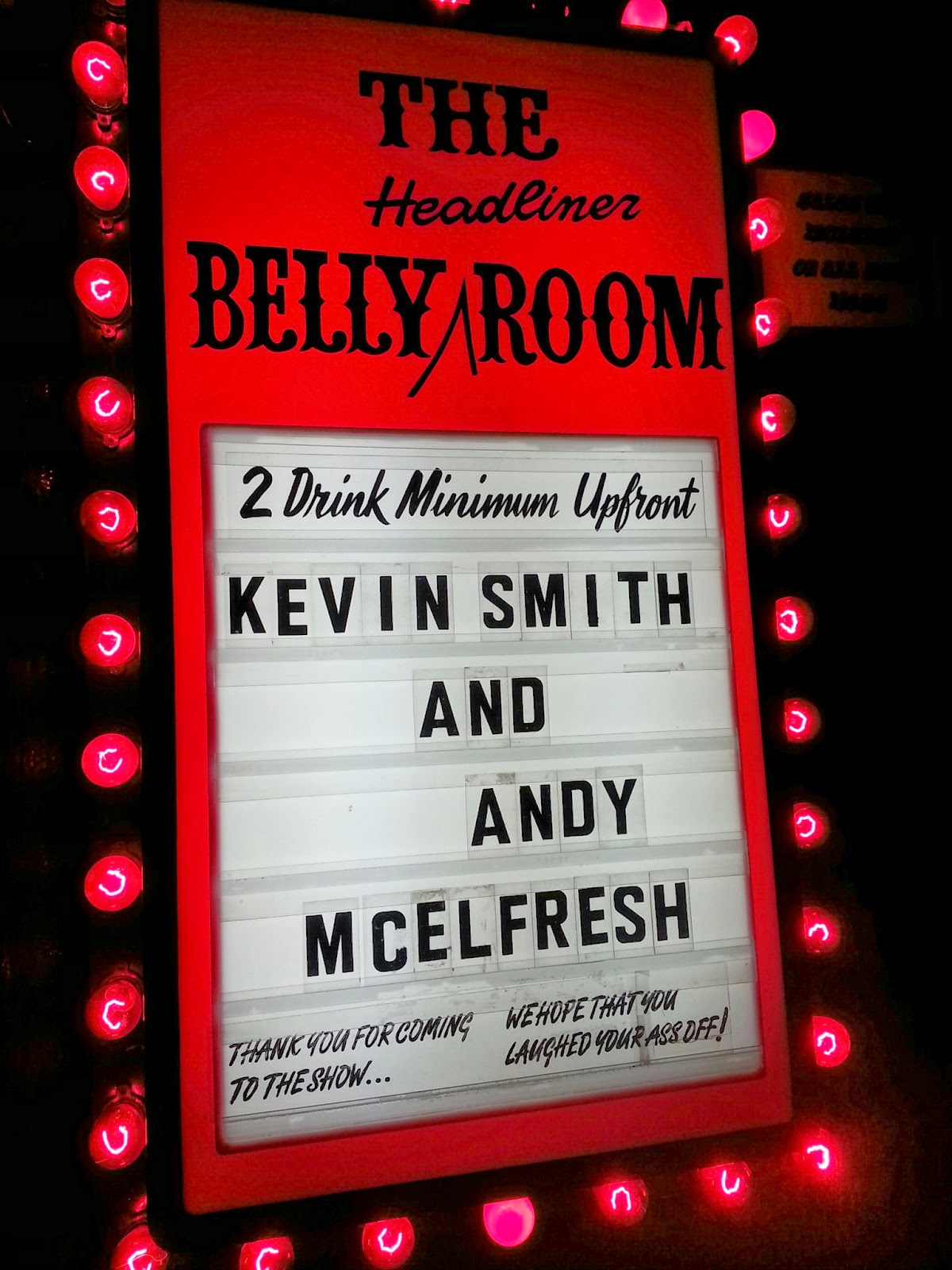 Last night, I went to see a show at The Comedy Room in West Hollywood. My friend Andy was the headliner, along with Kevin Smith. The show started at 11:00. That's pm, Readers. I sat on a black vinyl couch in  a dingy old room next to a friend who sat where Frank Sinatra evidently used to sit, back in the day. I pretended to be Ava Gardner but then remembered that old blue eyes beat her up a lot, so I went back to being me, the me that loves my friend Andy's comedy. Kevin and Andy do a podcast called Edumacation, and it's part Science (Andy is one of the smartest people I know) and part Raunch (Kevin) and part Sweet (both Kevin and Andy) and all Funny. The Comedy Club is the kind of place with a two-drink minimum, and the last time I've been in a place like that it might have been the twentieth century. I ordered a bourbon on the rocks and sipped that until midnight when I switched to Diet Coke. The night was raucous, and I laughed and carried on like I was twenty-five instead of fifty. Let's not fool ourselves, though. I got home at 2:30 in the morning, and despite only having that one bourbon, when I woke at 8, I felt ooooooooooooold. 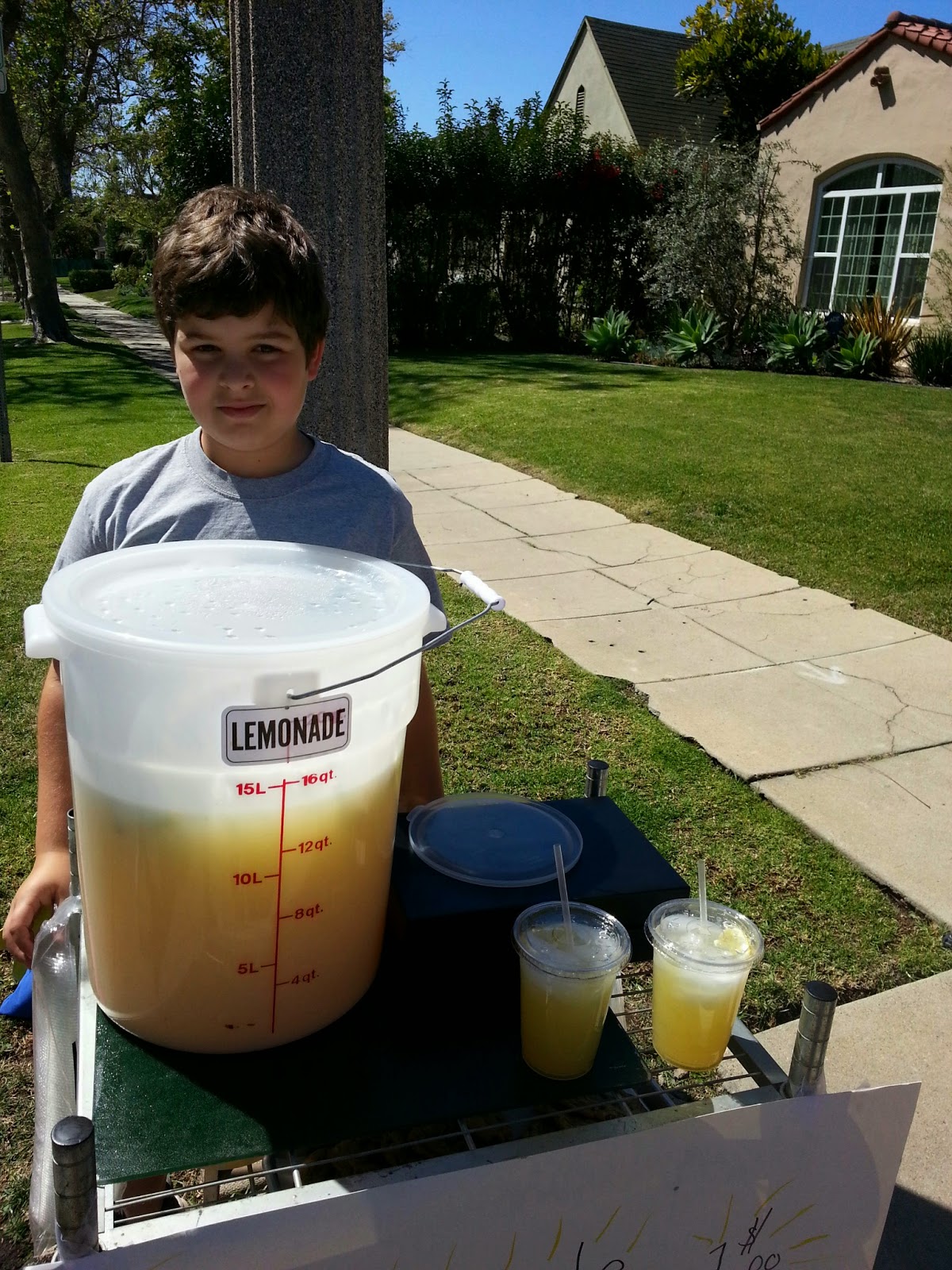 The Big O was born in the 21st century and knows how to make lemonade and sell it. That's what he did all day, clearing another $100.

The Teenager made a few glamorous appearances in between throwing the lacrosse ball against the side of the house and video games in his room. 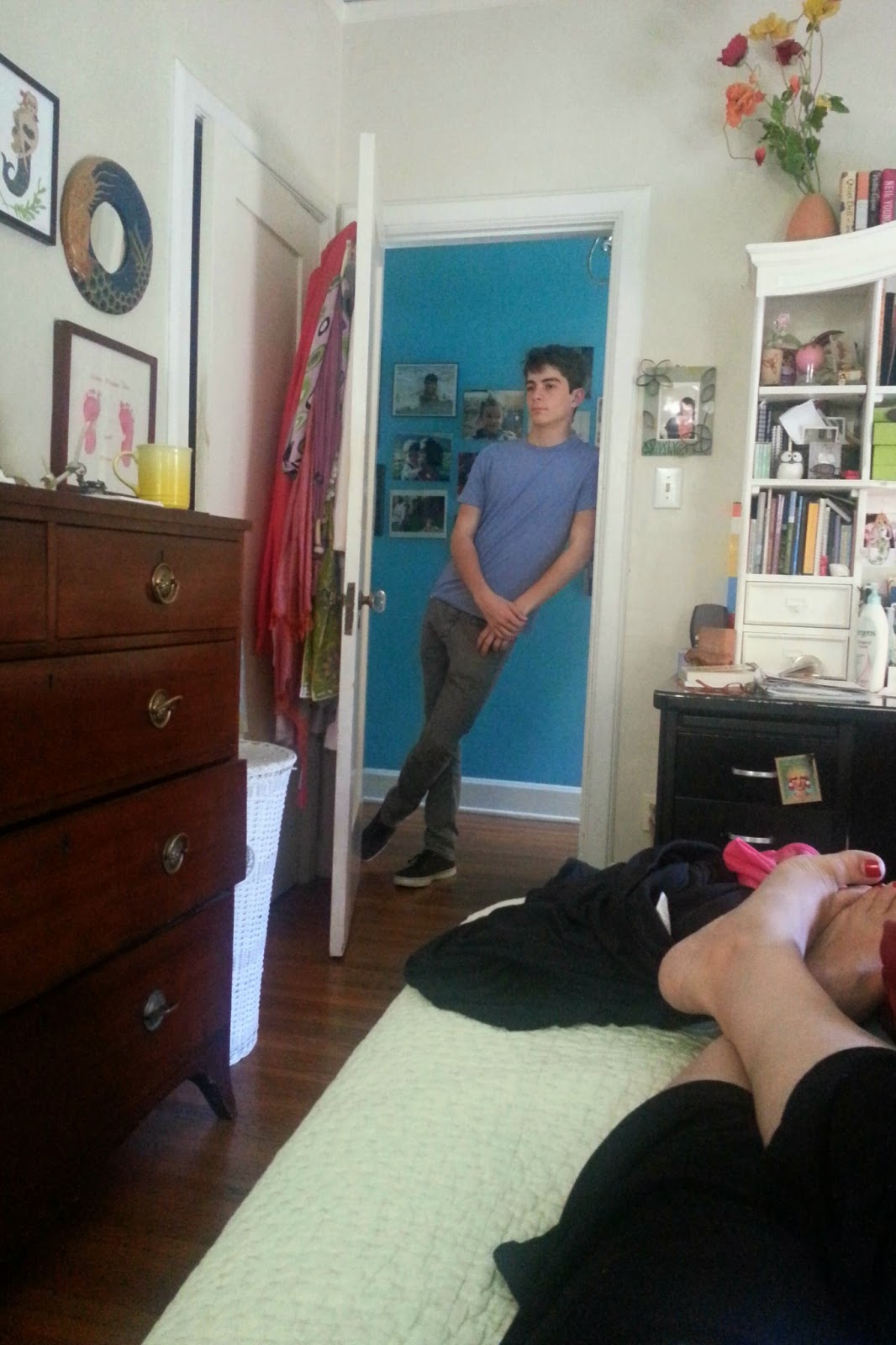 I lay on my bed recovering from the late night, reading New Yorkers and texting my entourage. Sophie sat next to me, recovering from earthquake-induced seizures, with her beads and her brush. Occasionally, we'd get up and go outside, lie down on a big blanket under the trees and the sky and the sun. 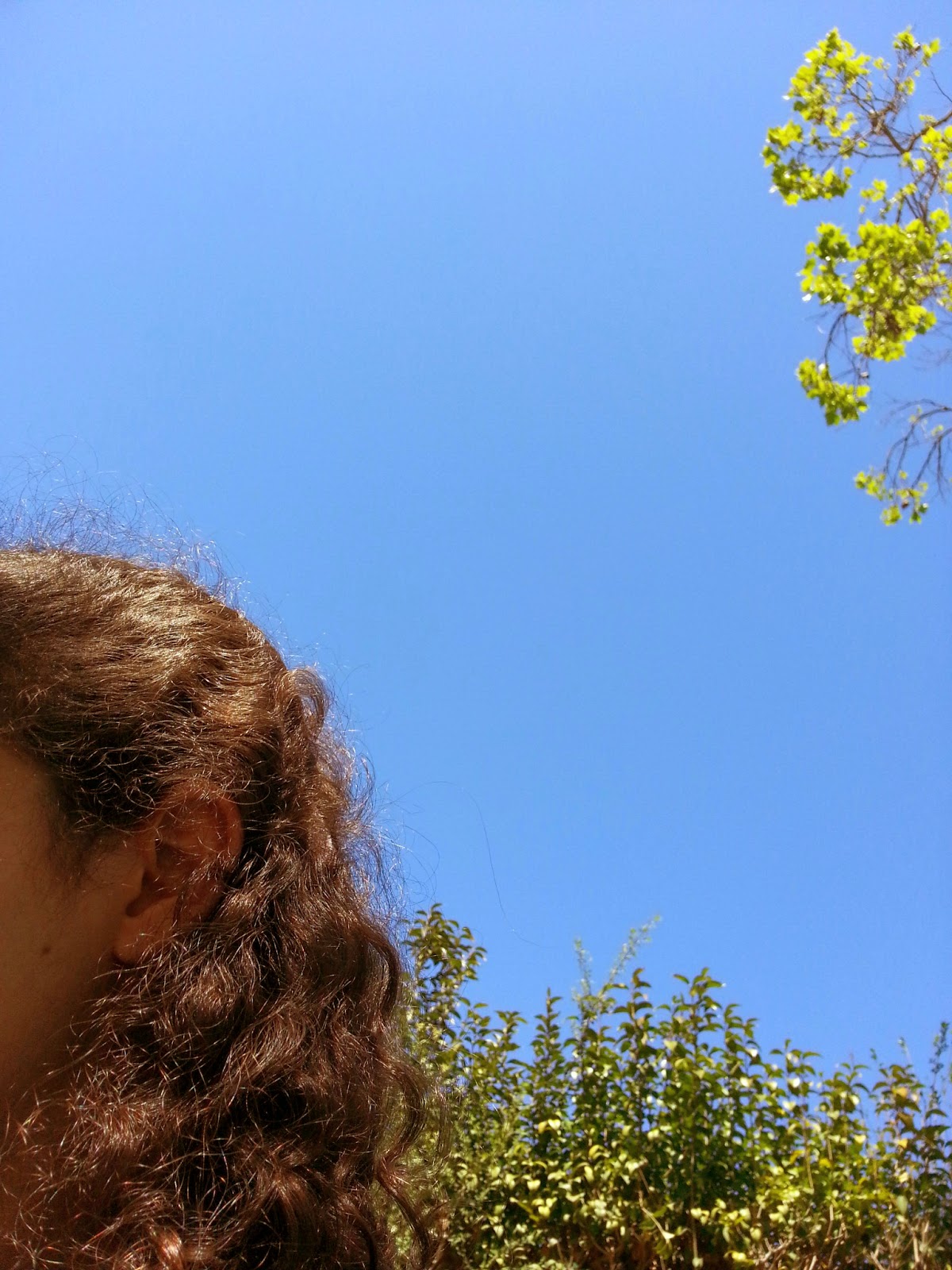 Reader, what sort of things did you do?
Posted by Elizabeth at 8:33 PM