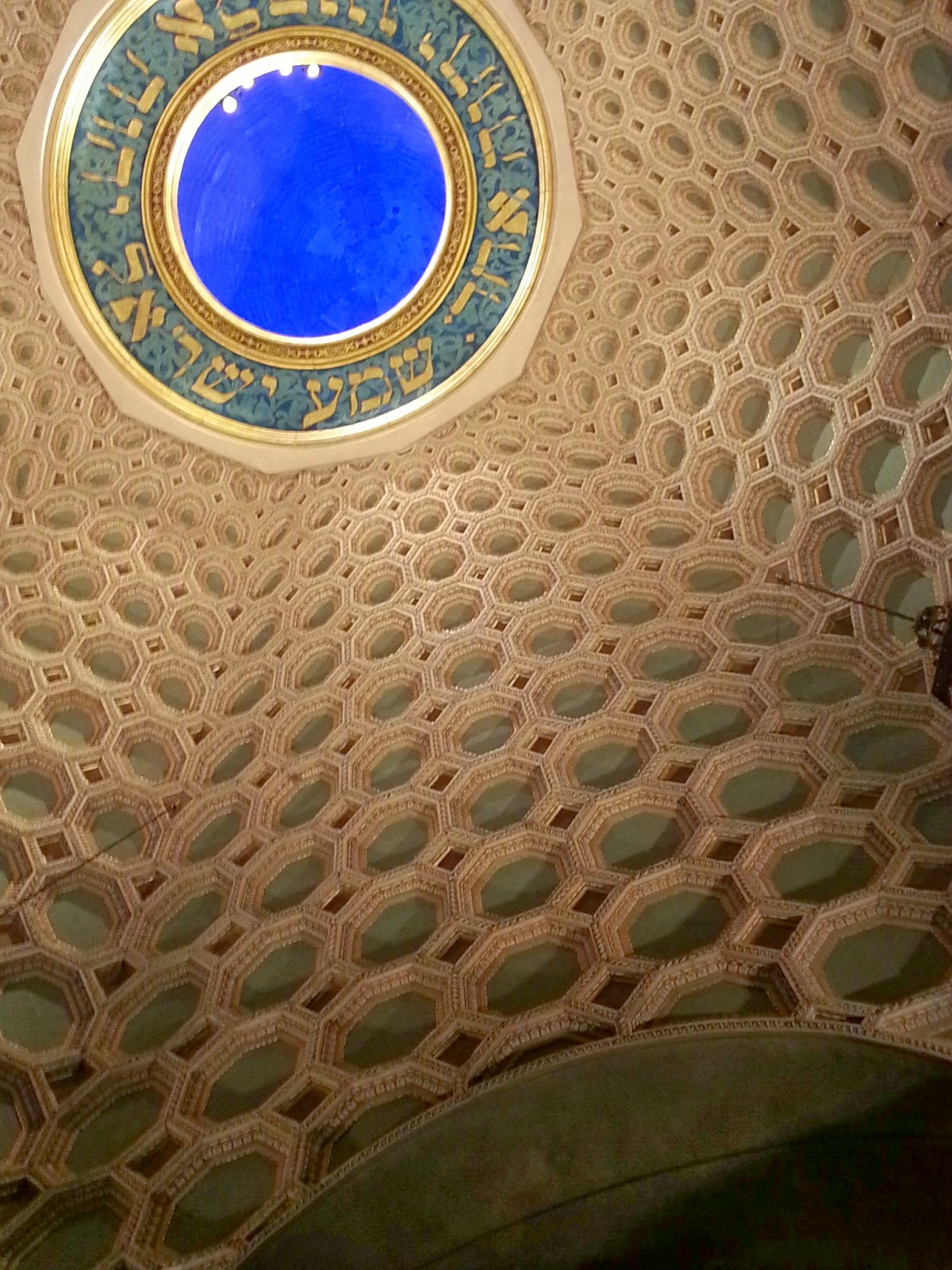 It was a busy one. The boys and I went to a beautiful bar mitzvah at an amazing restored temple here in Los Angeles. That's a photo of the ceiling which seemed like a portal to the heavens. I've only been to three bar mitzvahs and am always struck by the gorgeous traditions that the Jewish faith keeps. Maybe it's because they're foreign to me, but when I sit and listen to the ancient language and the sonorous voice of the cantor, I can't help but feel emotional in a way I never do when I attend services in the faith in which I've been brought up. As I scanned the English translations of some of the prayers, I wondered why this is so -- whether the day in and day out of ritual, say, in the Catholic tradition, coupled with the very real horrible things outside of its traditions effectively destroyed that religion for me. I figured that this ambiguity probably exists for some Jews, too, and that their mysterious and rich traditions, steeped in suffering, aren't always mysterious at all. Or maybe not. Maybe I'm just stubborn. 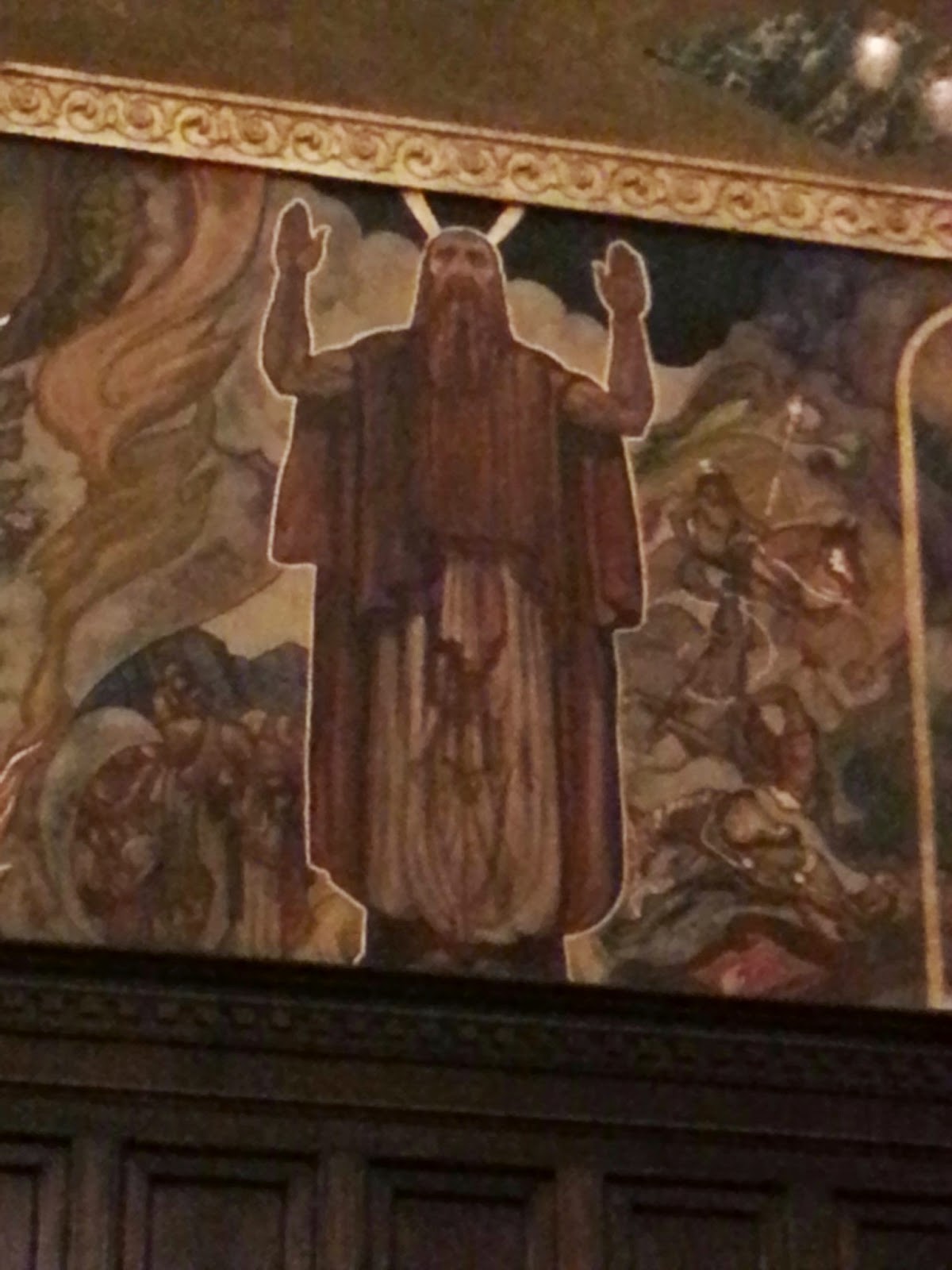 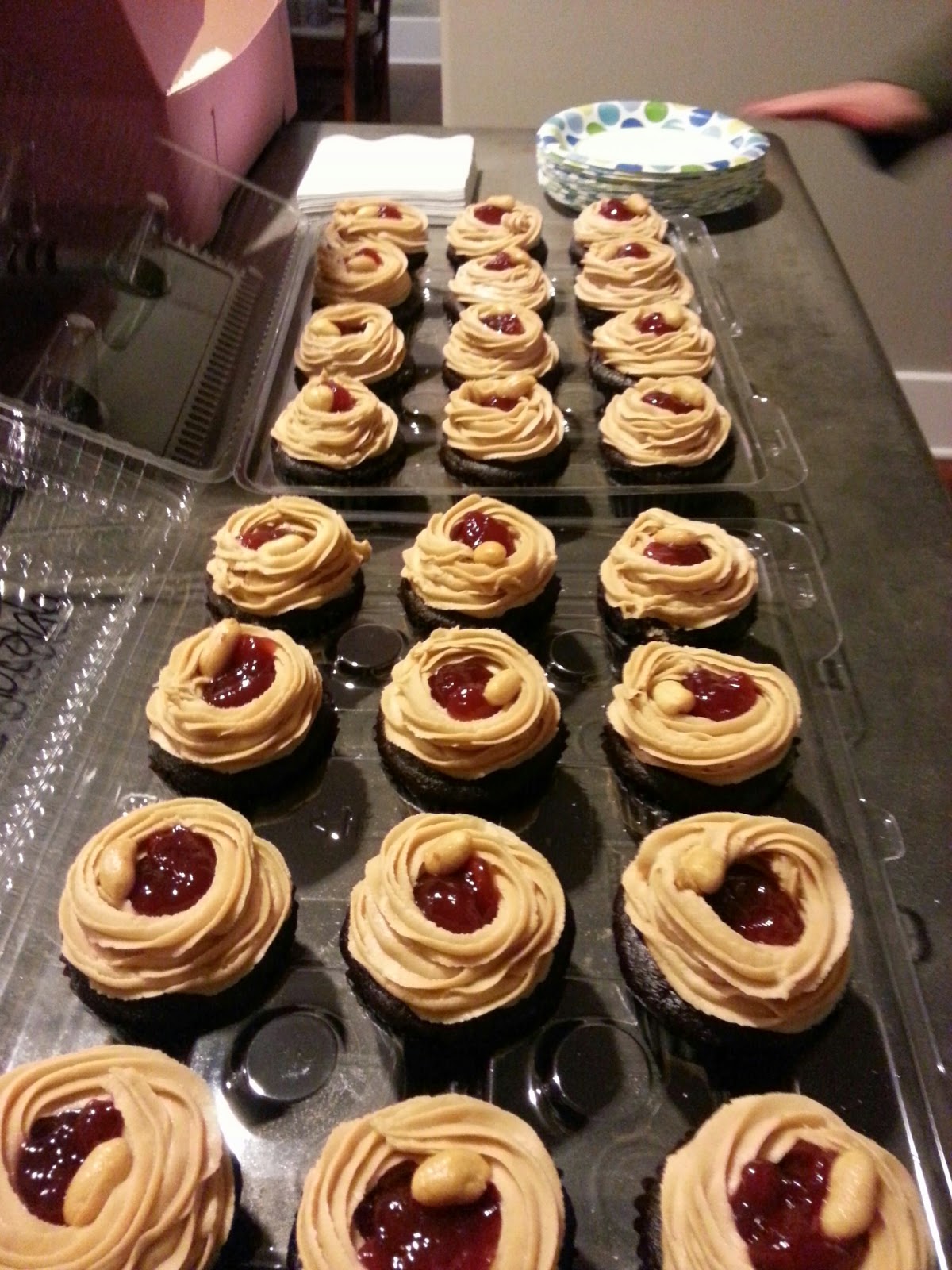 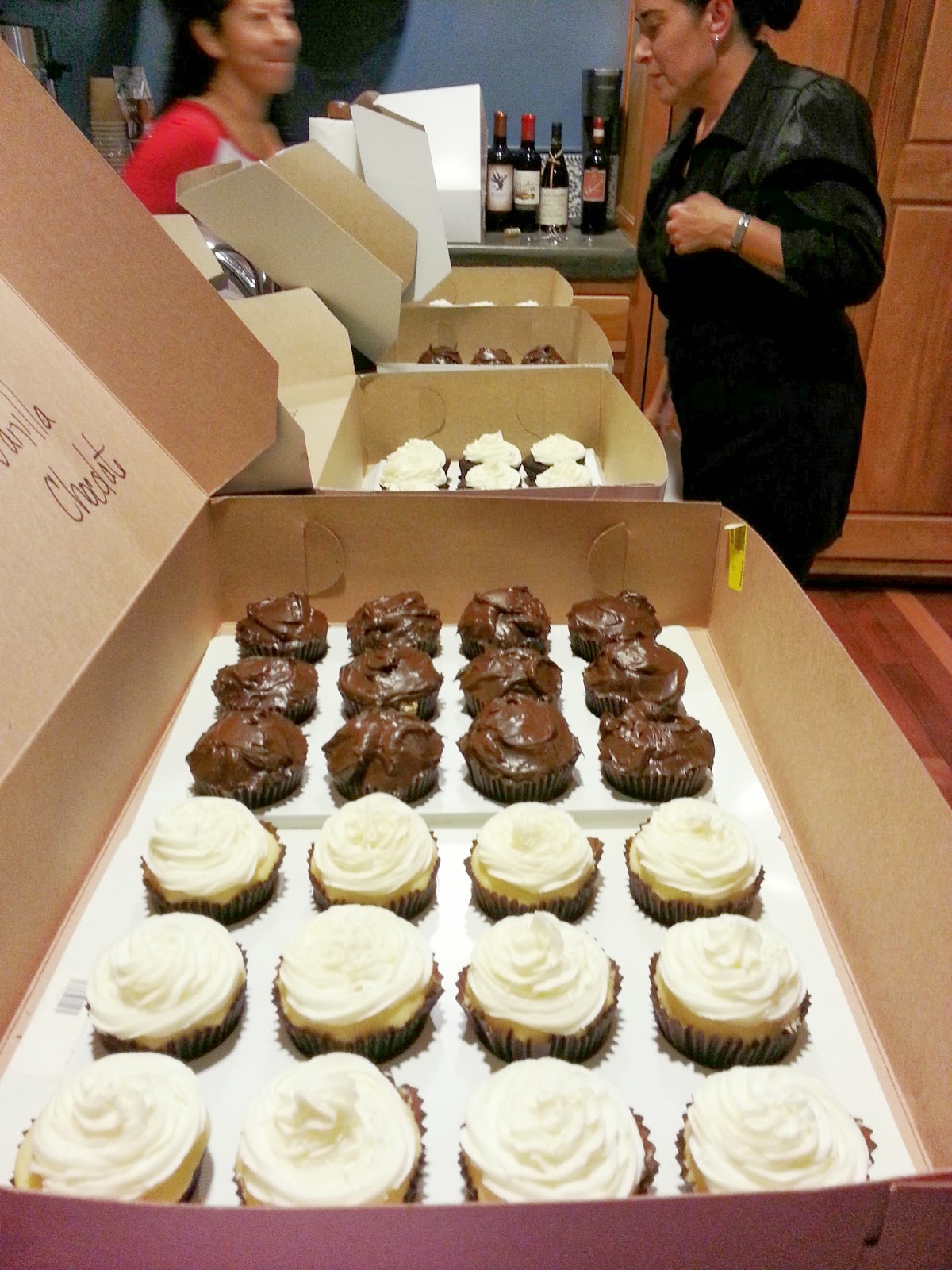 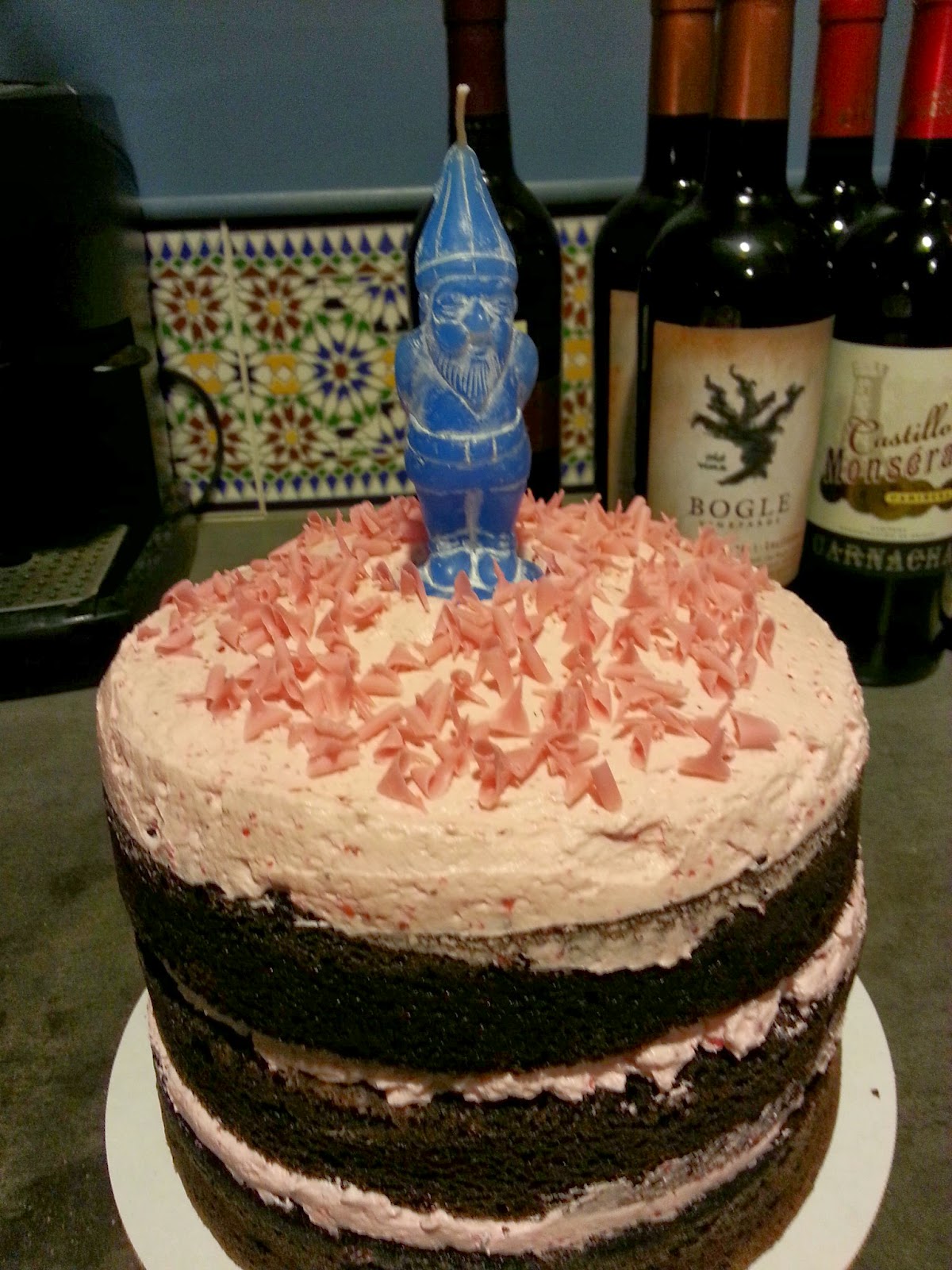 I felt almost sick watching nearly five pounds of sugar, two dozen eggs and five pounds of butter disappear. Yikes. I'm not doing much to help efforts in clean living am I?

Posted by Elizabeth at 9:22 AM