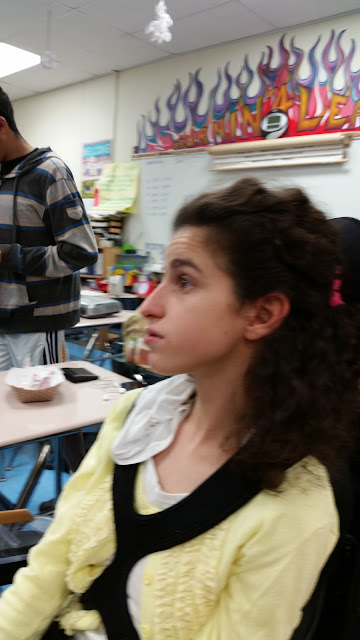 Today was Sophie's second to last day of twelfth grade for the third year in a row. Oliver and I brought party sandwiches and chips to celebrate.  I imagine those of you who don't have children with differences might get a little nervous around a bunch of adults that are not the yoozsh. They talk in different tones, if they talk at all. They might screech hello! twenty times in a row when they see you. They might bump into things around you, including you. They ask the same questions over and over. Sara pulled out her cell phone and showed me a picture of Sophie and herself from about ten years ago.I'm not kidding you. Sara has Down Sydrome and the biggest smile you've ever seen. She also showed me a photo of one of her fourteen nieces and nephews. Sara is Orthodox and has a lot of brothers and sisters. I told her to say hello to her mother whom I haven't seen in years, and Sara beamed at me. 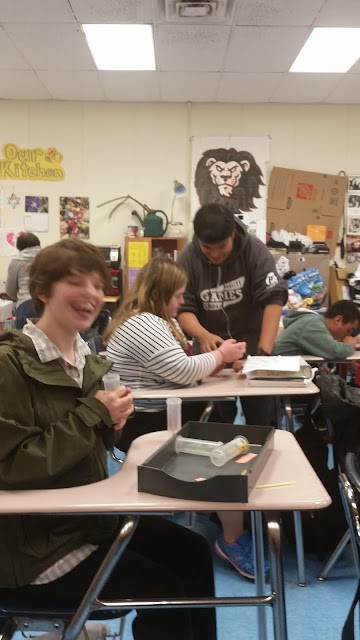 I don't visit Sophie's class that much anymore. I trust that the life she has there is a good one and that she is well taken care of by her spectacular aide and wonderful teacher. Many of the classmates have been in school together since they were five years old. Many of them know Oliver and look forward to seeing him a few times a year. 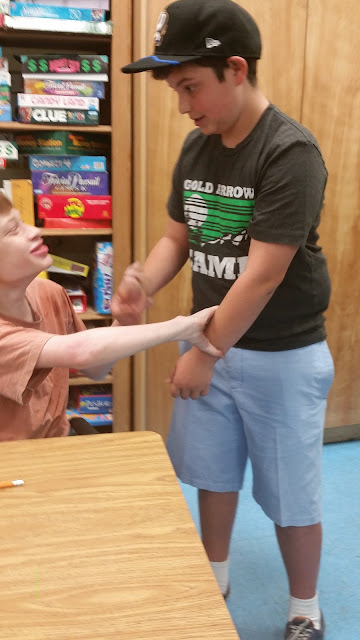 The kids in Sophie's class are not scary. They are not to be pitied, nor are they placecards for your gratitude. None of that there but for the grace of God go I bullshit. It's not hard to reach out and recognize them as fully formed human beings with the exact same rights to live on the planet as you. Try it.

Otherwise, I might have to feel sorry for you and think, there but for the grace of God go I.

Posted by Elizabeth at 9:21 PM