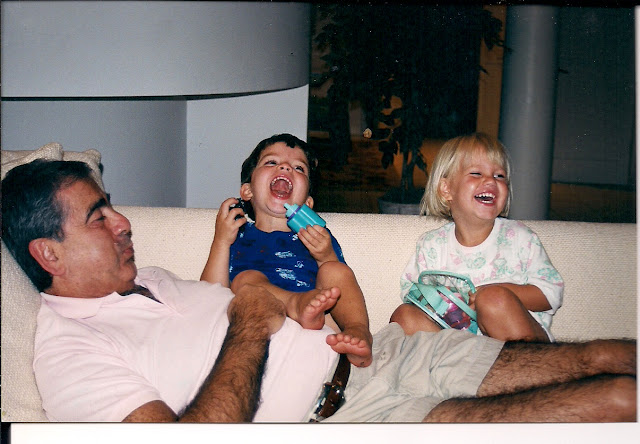 That's late August, 2001 when our family spent our first in nearly fifteen years in Hilton Head, South Carolina. In this photo, my father was entertaining Henry and his cousin Mary by puffing up his cheeks and blowing the air out with a loud and goofy noise. I remember that Henry and Mary were hysterical, over the top amused when he made the noise and then falling silent and expectant as he worked up to doing it again. And again. All of us were beside ourselves with laughter. It's a happy, happy memory. 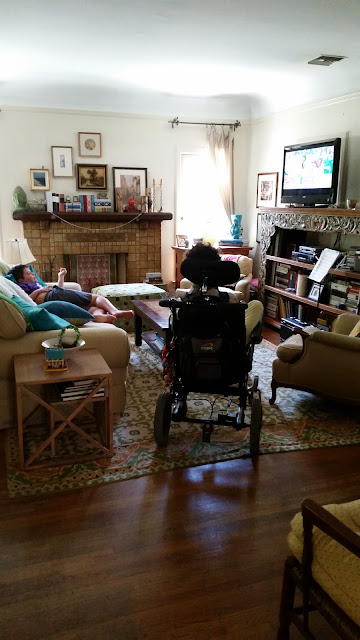 What you can't see in the above photo and, of course, hear is the sound of Come On Down! that ancient game show refrain that apparently remains very seductive, even in 2015. I have good memories of getting up during the summer and watching game shows on television when I wasn't at the neighborhood pool playing Marco Polo. Oliver, I'm sure, has fantasies of winning all manner of material goods and has asked me numerous times whether he can be a contestant on The Price is Right, but it was Sophie's rapt attention to it that freaked me out. Sophie generally has no interest in television or movies, but she was into this program, and I literally tiptoed back and forth so as not to distract her. 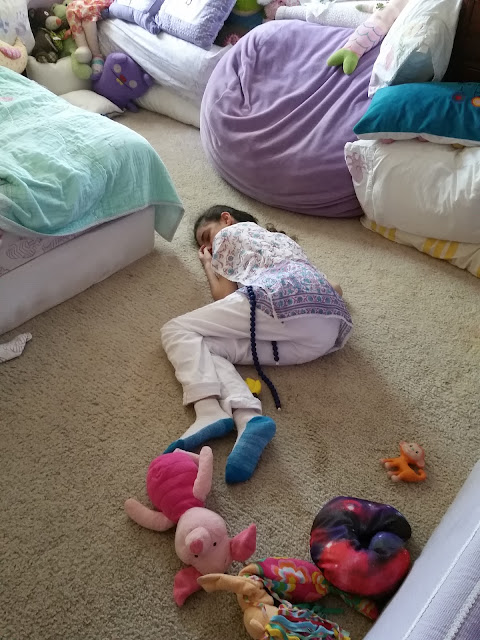 Then there's the lazy no-sounds of summer where you just lie down on your soft bedroom rug and sleep for a bit.

Reader, tell me what you hear on a typical summer day.
Posted by Elizabeth at 4:20 PM