The Wild Women of Borneo* 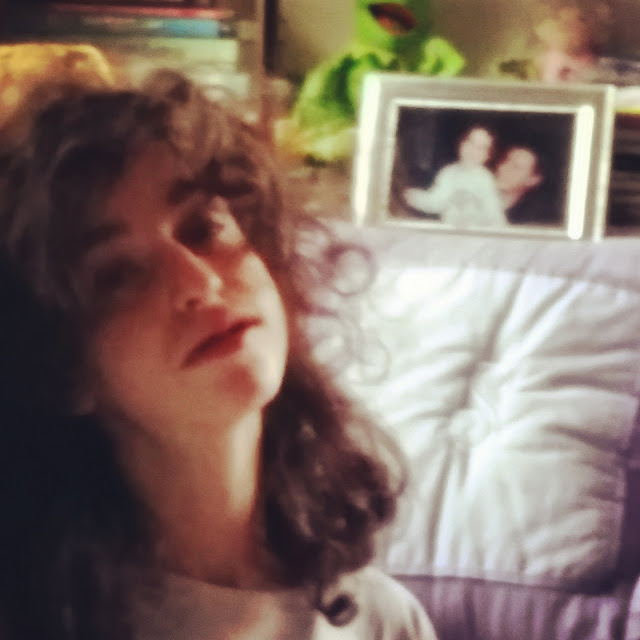 She loves to sit in her room for hours and mess around with various beads and vibrating pillows and baby toys. She can rock back and forth and hit her head over and over on the padded walls. She's not mad, though, or uncomfortable. When she was younger, we called that perseverative behavior, and it was to be avoided. Autistic children have a lot of perseverative behaviors, and whole modification systems have been set up to eradicate these or mitigate their supposed detrimental effects. I guess some of Sophie's behaviors suggest autism, but she's never been formally diagnosed with the disorder. I imagine the nervous system paths of both autistics and epileptics can criss-cross, a formidable yet fascinating jungle. There was a time when that behavior got on my nerves and made me feel a little crazy. I felt overwhelmingly responsible for changing it, fixing it or, at the very least, providing alternative stimulation. I guess there's something depressing about watching Sophie manipulate and mouth the same toys and types of things for more than twenty years, but how much of that is a cultural projection or construct? I'll venture out on the proverbial limb to say, Why the hell does it matter? She's totally content twirling her beads, pressing the vibrating travel pillow to her cheeks and folding herself over into a yoga pretzel position and closing her eyes. You're like the Wild Woman of Borneo! I said this morning from my outstretched perch on her bed where I lay reading. I've been reading incessantly for about 47 years, and there are numerous people who've said, I just don't have the time to read, with the faintest of implications that there are better things to do with time. It's one of the few, if only, things that makes me entirely content. I might be a perseverative reader. I might, too, be a wild woman of Borneo, just without the super curly hair.

*I looked up the origin of the wild woman of Borneo and could find nothing but a book that used the term, written in the 1970s. P.T. Barnum had wild men of Borneo in his turn-of-the-century circus freak show which I imagine was probably out and out racist, but when I use it I imagine something promiscuous, wild and forbidden.
Posted by Elizabeth at 2:16 PM