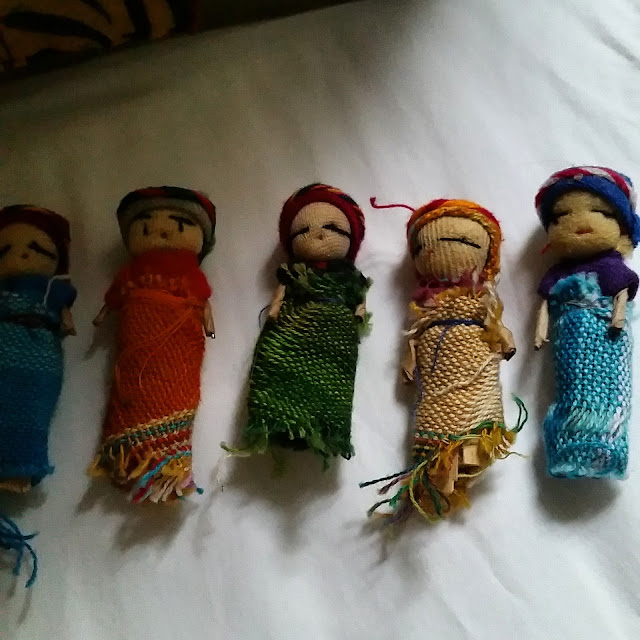 They were lying there so nicely, on the bed in the gray light. I asked them to be still so I could take their photo. You look good, I told them. I like your colors. I felt bad because they'd been packed up for some time. When I lifted them out of the knit bag, dust rose up like smoke from a pipe. I put my lips together and blew. Mavis, on the far left, is in shadow, holding the seizures at bay. She assures me that the partial paralysis that comes and goes is no big deal. Rosalita in red holds the not a present. It's all you've got, she says. Even alone. Green June holds the future, says it's all going to be fine. Shabby Abby holds the folds of the body, assures its wildness and hunger isn't dead. The past, she says, you've got it in you.  Now, Irene there on the edge is ultramarine, beyond the sea. You can't touch the blue in a flame, she says, just burn hot.
Posted by Elizabeth at 6:18 PM