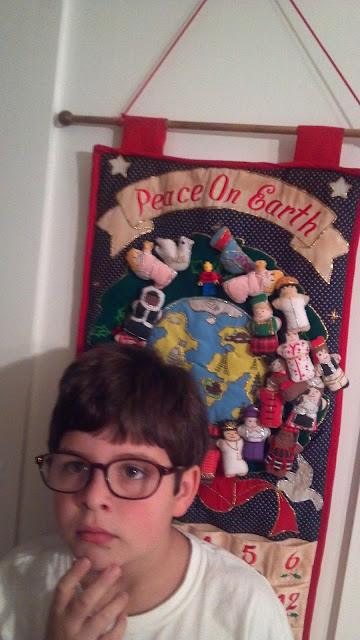 This morning, I announced at the breakfast table as The Husband took the plastic wrap off the newspaper and separated the wheat from the chaff as he does every morning in a nearly ritualistic manner, In the second week of the New Year I'm going to visit a medical marijuana place and buy Sophie some liquid marijuana.

Oliver, wearing The Husband's reading glasses, pounded his fist on the table and said, Do it! Just do it right now, woman!

I said, I will! During the second week of the New Year!

The Husband said, NOW! Like Obama should do something NOW about gun control. NOW! (I should add that The Husband is a sharp shooter from Switzerland, where every man is issued a gun and ammunition but where gun control is of the strictest order and where healthcare is equal and whose people have been listed as some of the most content and happy in the world but whose snow and cold makes me hesitant to just up and move).

On the eve of Christmas Eve, I'm thinking NOW.