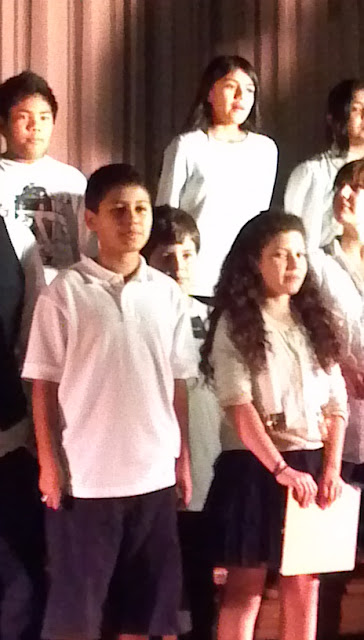 So that's Oliver in the middle there, looking all sweet and ready to sing at his school's Winter Holiday Concert. The concert last night was the highlight of my day and a balm to the soul, as I spent most of the morning and some of the afternoon on the telephone with Anthem Blue Cross and then with My Canadian Boyfriend, the pharmacist in Vancouver, and then my Jane Austen Lover Friend in Vancouver who will be performing drug mule duties today and bringing Sophie's medication to Los Angeles this weekend. Who knew there was such excitement to be had in the world of Big Pharm/Big Insurance? If you're really into this stuff, you can go back and read my drug mule posts, here and here and here. Actually, there are about ten posts that refer to drug mules, and I can't vouch for their being interesting or exciting, but yesterday, as I tried to figure out what was going on with my grievance against Anthem, I thought of this photo that I posted years ago on this blog as an example of where I believed the Anthem Blue Cross Review Panel did their diabolical work: 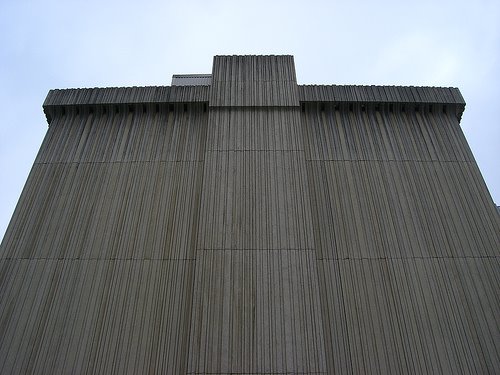 In one of the inane conversations I had with one of the pathetic clerks that work in this office, I asked whether Sophie's drug had been added to the formulary, yet. The Pathetic Clerk typed away and told me that the Drug Review Panel met quarterly to decide what drugs to add to the formulary, and that the decision had already been made for January 2013 and that no, Onfi was not on that list. I asked The Pathetic Clerk  how I might reach the Drug Review Panel or how my doctor might reach the review panel, and she said, I have no idea where they are and how to reach them. We are not given authorization for that sort of information.

I began to weep profusely, then, and curse the heavens.

Just kidding. I felt my heart beat quickly and let off steam by sympathizing with The Pathetic Clerk, telling her that I couldn't imagine working for such a diabolical company. She laughed and when I hung up, I actually did shed some tears before I went into action, called The Neurologist and My Canadian Boyfriend Pharmacist, arranged to purchase the drug again and then called My Friend J who referred me to our mutual friend, The Jane Austen Lover who lives in Vancouver but who is traveling to Los Angeles this Saturday and who will be picking up the medicine from said pharmacy and bringing it to us. I made a copy of Sophie's birth certificate and typed a letter authorizing this drug transaction should customs officials question The Jane Austen Lover and emailed the appropriate documents.

Then I went to Oliver's concert.

This morning, I woke up to read the news of another elementary school shooting, this one hitting very close to home as a good friend and former blogger who is now blogging again, has two children at the school. Thank the good heavens that her kids are now safe at home, albeit traumatized, but I can't help but wonder why in the hell one is able to go online and order hundreds of rounds of ammunition in this country yet have to go to ridiculous lengths to get a 60-day supply of medication for one's epileptic daughter.
Posted by Elizabeth at 9:49 AM