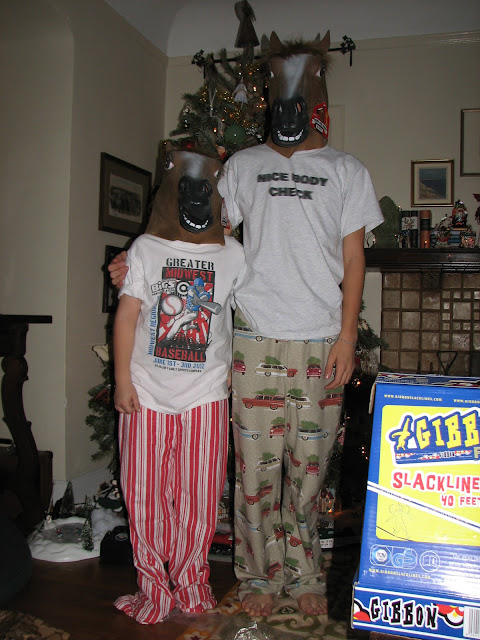 Some of my oldest friends, Mary Beth and John, are Oliver's godparents. They unfortunately moved away from Los Angeles about eleven years ago, and while we've missed them terribly, we've stayed in touch, and they've sent Oliver birthday and Christmas presents each year. This year, they gave him a horse's head and if you can believe it, I had bought Henry one, not knowing their intentions.

Here is Henry the horse using his new iPhone: 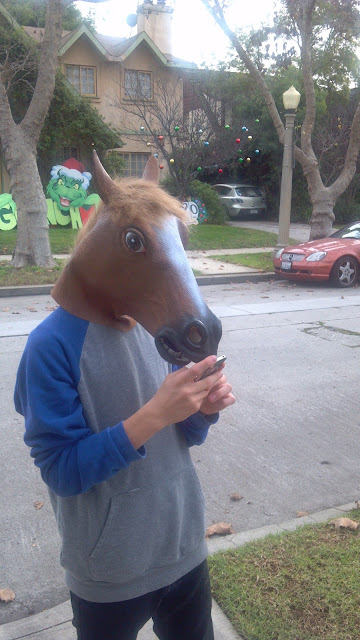 And here are my two guys horsing around on the tightrope: 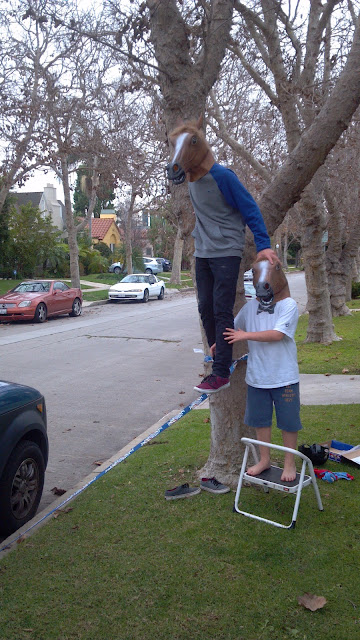 And if you dig the still photos and want to see Henry the Horse playing lacrosse, here's another one:


And, finally, here's Oliver the Horse, just being -- well -- ordinary:

Posted by Elizabeth at 4:45 PM