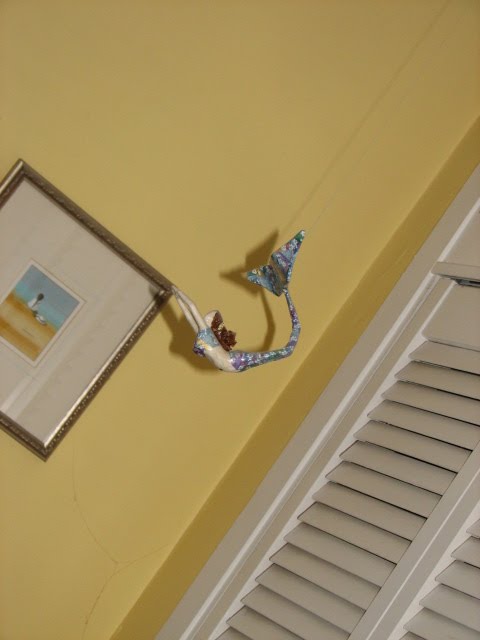 It's raining again here in Los Angeles and I've spent the entire day indoors. I took a look at the front page of the paper and read a brief story about Anthem Blue Shield (our insurer) and how they're being investigated for what appear to be outrageous premium increases for independent plans (I'll rest my case with that one, although I can't help feeling smug about all the looloos in this country who think government will somehow come between them and their doctors ); I washed some sheets and folded them, made up the beds and ate four Lemongrass Thai Spring Rolls from the freezer. I watched last Monday's episode of Damages and had a conference call for about an hour for my job.

Did I tell you how well Sophie has been doing? I'm not going to say this with any knock on wood caveats because I'm trying to buck, at least for now, my superstitious southern Italian peasant heritage. The heritage that pounds relentlessly within me, whispering that I shouldn't say anything good because, for sure, bad will follow. I know there are plenty of you out there who know that voice and know that however low in tone, it's insistent and stretches for generations.

I'm living in the moment, at least for this moment. One of the things that Sophie did last night was reach up and try to touch the mermaid that is floating in the air of her bedroom. The mermaid has been swimming there for almost ten years, and I'm not certain Sophie ever noticed it before. If she did, she had never tried to touch it, and despite a  whole lot of growth in height, her reach has never been very functional.

So here's what I'm thinking: her brain, freed of seizures for a week (the big ones) made some kind of connection and -- ZING! -- there was the mermaid, swimming in the air, aching to be touched. So she did.
Posted by Elizabeth at 2:38 PM