Waiting for the Plumber 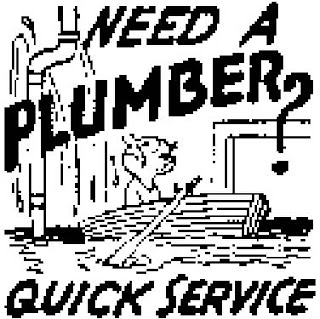 Sophie is eligible for In Home Supportive Services and today is the day that the social worker will be visiting her to assess her needs. The woman with whom I've spoken is very cordial and efficient, and several weeks ago I received a message from her that our appointment would be February 9th, anywhere from 11:00 until 3:00 (that's the plumber analogy, if anyone is slow on the uptake).

So, I kept Sophie home from school (which wasn't a difficult decision because she has taken a sudden downturn, perhaps due to the rain), and I'm waiting.

The social worker called at 9:00 to tell me that she would be running on the later side, closer to 2ish because of backlog.

The social worker called about 9:20 to say that while downloading Sophie's case file she noticed that (and I will paraphrase her) Sophie's coding is a 6v which means that there was no linkage and she isn't eligible until the linkage is resolved.


I said I didn't know what she was talking about. What is coding 6v and what do you mean that there is no linkage?


We went back and forth for a bit, with me growing increasingly upset, perhaps tearful and her, kind, but clearly emphatic about the coding 6v and there being no linkage. I'm not kidding you.

I don't even want to tell you who I called and how it was resolved, but it was resolved. I'm sure you remember that I'm an acrobat on a flying trapeze in the circus, right? That's me, over there on the right with the long dark hair and pink tights, hanging from the rope by my teeth. 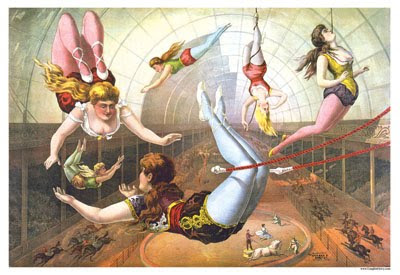 The 6v and the linkage is taken care of -- there was a misunderstanding.

Say a prayer or send some flowers to the universe while I continue waiting for the plumber. I'll let you know what happens.

*** The caseworker has come and gone. She was lovely and very accommodating. Now we will be patient.
Posted by Elizabeth at 11:43 AM