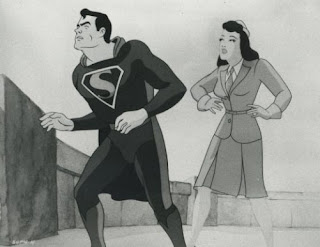 I was contacted recently by someone at K-12, the online educator for grades kindergarten through twelfth grade, who offered to send me, gratis, to the new documentary, Waiting for Superman. In return for the free tickets, they asked me to write a review of the movie and post it, here, on my blog. You can read more information at the bottom of this post** and trust that my review is objective and that I was NOT paid to write something positive or negative!

I went on Saturday night to see the movie with great anticipation. I had taped and watched Oprah's show a few weeks ago when she had the director of the movie, Davis Guggenheim, some of the kids from the movie and their mothers, as well as other American luminaries, including Bill Gates, Michelle Rhee (the recent superintendent of Washington, D.C. schools) and Geoffrey Canada, from the Harlem Children's Zone . Despite the Oprahfication, the conversation was fascinating, so I really looked forward to seeing the movie.

I wasn't disappointed, because the documentary was educational, heartbreaking and, above all, sobering. The portrait it painted of the American educational system -- its history, attempts at reform, champions, success and failures -- was illuminating and emblematic, I think, of American culture in general. I was especially struck by statistics comparing where the American educational system rates in a list of other industrialized western countries (at the bottom) and Americans' actual perceptions of where they rate (number one). It's why I raise my eyebrows at the chants of "greatest country on earth" or "best healthcare system in the world" and why I object to having my patriotism questioned when I voice real dislikes and suspicions about this nation of ours.

The movie is relentless in its coverage of all the players in the system but comes down particularly hard on teachers' unions, illustrating the original good intentions of those unions but underscoring how arcane regulations and bureaucratic obduracy have become an almost untenable burden on the system. The movie uses very clever and engaging graphics to illustrate statistics, and one of my favorites was The Lemon Dance, the secret code principals use to deal with bad teachers. You really have to see it to believe it.
The individual stories depicted in the movie were typical documentary-fare -- disadvantaged, often minority children in large urban areas with hard-working parents who are trying with all their minimal resources to find a better place for their children. But, as I followed these children through their abysmal schools and watched as they and their parents tried to work within the system to find better choices, I felt my head glued to the back of the chair, pinned and horrified, stunned by the gross inequities and seemingly insurmountable odds. I thought of my own children and their relative position of privilege. I thought of our local charter school that we have had the good fortune to become a part of -- and the fact that it works so incredibly hard to give opportunity to many children of different socioeconomic backgrounds. The movie doesn't even go into the plight of special education in our country, a glaring omission in my mind, but woven into the individual stories are many examples of people working to make improvements, those people like Geoffrey Canada who have made significant change in their communities and are almost saint-like in their mission and vision --

There are too many points to convey in a blog post, but I encourage everyone to see the movie, whether you have children or not, to become aware and, hopefully, to commit to helping to change the way the children of this country are educated. It's imperative.

**Like the parents in the film, Waiting for Superman, K12 believes that access to a quality education is one of the most important things we can give our children.   K12 is the leader in online education for grades K – 12, with tuition-free, public school programs in more than half the States and D.C., as well as a private online school – the K12 International Academy – serving students across America and in more than 40 countries. Students in K12 schools get the best of both worlds: engaging, online curriculum along with award-winning books and hands-on materials, plus one-to-one attention from highly qualified teachers. All students receive an individualized learning plan, creating an educational program that is tailored to their learning style, pace, and needs.
Learn more by visiting K12.com or connecting with our community of parents and teacher on K12’s Facebook, Twitter, and Blog. Discover more about K12’s California online public school option at CAVA.
If you cannot receive html emails, these are the  links included in the boiler plate above:
“K12/K12.com” - http://bit.ly/fromWSFBlogO
“Facebook”- http://bit.ly/fromWSFBlogO2
“Twitter”- http://bit.ly/fromWSFBlogO3
“Blog” http://bit.ly/fromWFSBlogO5
“CAVA” http://bit.ly/fromWSFBlogOCA
Posted by Elizabeth at 12:18 PM