I have often compared the methods by which neurologists prescribe anti-epileptic drugs (AEDS) for those unfortunate enough to suffer from refractory epilepsy (refractory defined as those seizures not controlled by the administration of at least two drugs) as similar to a game of darts or a crap shoot. Nothing makes my head shake harder or my blood boil higher than listening to people talk about the three and four and five drugs their child with epilepsy is currently on and still seizing. You can go on any listserv or interactive website and read these people's stories -- the stories of multiple drugs and surgeries, of hemispherectomies and the other half of the brain seizing, of high fat diets and partial fat diets, of vagal nerve stimulators and promising this and more promising, less invasive that -- they go on and on. People wonder aloud when their child is on a new drug and still seizing whether he is coming down with a virus, or whether she is going through a growth spurt or teething or getting ready to make a developmental leap. The list goes on and on -- was it the fake candles burning at the party? Could the trigger be soy? Is it the combination of drugs or the dosage? Is it the barometric pressure, the heat, the cold, the humidity the aridity? Is it the phase of the moon or the position of the universe on its axis? I have agonized over each of these and sometimes feel as if I've done it all, seen it all, am jaded and cynical about literally everything in the medical world, particularly in the dark valley of neurology. And still the doctor throws the dice, throws the darts, if he's ethical he might admit that this kid is probably not going to see control with drugs; if he's unethical (and this is my opinion), he's going to keep piling on the drugs and adding drugs for the drugs' side effects and the result is MADNESS.

That's my rant. And the cause of the rant is THIS, a rather long and obtuse article that was published a couple of years ago in one of the most prominent epilepsy journals in the world:

This main finding underscores that the proportion of seizure-free patients in whom the treatment effect can be directly attributed to AEDs (rather than to the combined effect with placebo) is disappointingly small. Furthermore, given that refractory epilepsy is a chronic disorder, uncertainty and concerns exist about how predictive such a short-term seizure-free result can be for the long-term seizure outcome of the patient (Gazzola et al., 2007). In addition to those becoming seizure-free, 35% of patients benefit from seizure reduction of at least 50% compared to 15% of those receiving adjunctive placebo. This provides a weighted pooled RD of 21% (95% CI 19–26) for 50% seizure reduction in favor of AEDs. Clearly, seizure reduction as a direct effect of AED treatment in one of five patients is a welcome benefit for those who have not become seizure free. However, recurring seizures are also an unmistakable sign that the epilepsy symptoms are not under control, and unpredictability remains when to expect the next seizure. Although regulatory agencies and healthcare providers acknowledge 50% seizure reduction as a sign of efficacy in industry-sponsored trials of AEDs, the clinical relevance of such an improvement on the overall health status of patients is thought to be very limited (Birbeck et al., 2002).


Then you can either join me in a round of craps or stab yourself with a dart on its way to the ever-elusive bulls-eye. 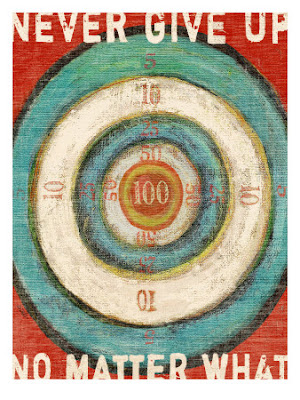 
I am not a doctor and don't know everything, but they don't either.


It causes as many deaths per year as breast cancer.


Most people with epilepsy have good control of their seizures through medication, surgery and/or lifestyle


changes. However, nearly one third of those with epilepsy have poor or no control of their seizures.


Those are the seizures we call REFRACTORY.

I don't know what the hell is going on with Blogger at this late hour, but I wash my hands of all responsibility for the crazy formatting.
Posted by Elizabeth at 8:00 AM