Art is as fugitive as fraud 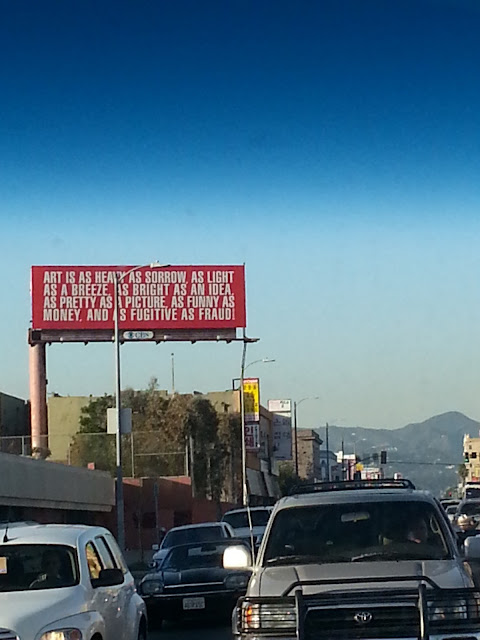 the thoughts that came willy-nilly after reading this

Sometimes I read stuff online or I hear stuff on the radio or I listen to someone I know talking, and I'm overwhelmed by the suchness of it all and I just can't think about it, any of it, anymore. Someone over here is wondering whether or not global warming exists and someone over there is wondering why Cardinal Mahoney gets to go over to Rome and help pick out a pope when his decision-making abilities have surely been questioned as being less than ethical and then that someone over there thinks hero worship of the disabled is something to be denigrated and while I might know on some level what they're saying -- I know what you're saying, but -- sometimes it's too much suchness and I want to say calmly and matter of factly I don't care. I actually got a thrill when I watched Pretorius' silver blades running down the track and never once entertained the thought that he was less than or even more than despite, despite being the operative word. It was just a beautiful thing. So, I'm in the mood to call a spade a spade, a blade a leg, a blade a blade, a gun a gun and when a person has a gun something bad might happen. I personally don't want to defend myself or my kin with a gun and I have no idea what I'd do if threatened but when that person says they'd have no problem shooting the guy dead, it's too much such and I just can't think about it, any of it, anymore.