Dirt dominates the picture, but there's orange on the horizon 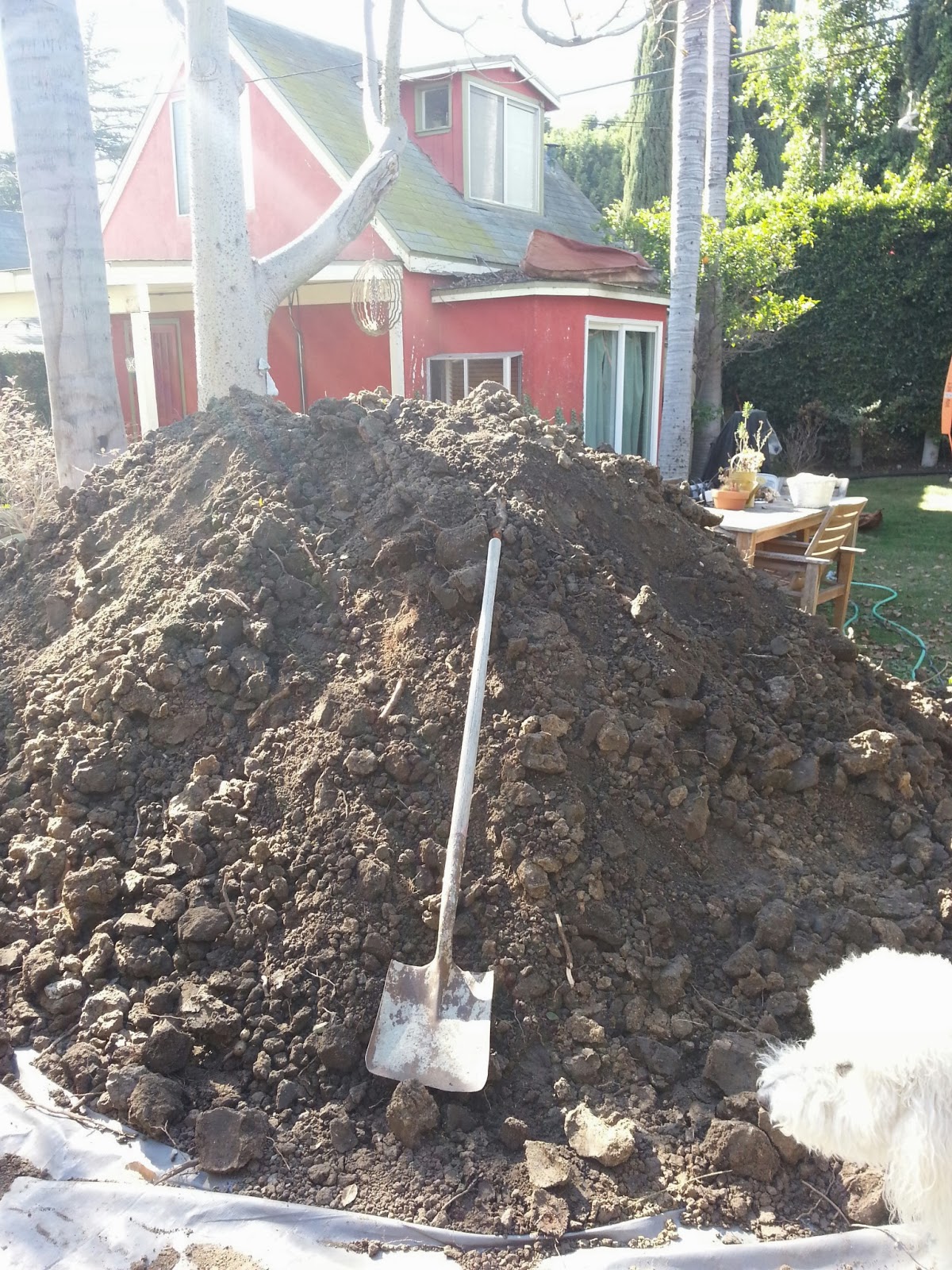 Have you or your children ever gotten lice? No, we don't have lice (praise Jesus!), but this plumbing SIT U AH CEE UN has taken over my brain in much the same way as lice did about eight years ago when Henry, Oliver and I acquired it. Prior to the infestation, I turned my nose up at the hysteria of other mothers who were "going through" lice situations at their households. There was all the washing and the bathing and the combing, and then, worst of all, the running off to the fancy de-louse businesses that began to crop up in the early years of the third millenium. I confess to looking down on these dramatics, convinced that lice was small potatoes, compared to -- well -- seizures, for instance.

You know what happened next, right?

There must be a proverb that addresses the woman who rolls her eyes at others' misfortune, then experiences the misfortune and runs pell-mell toward the Hair Fairies, spends nearly $1,000 on de-lousing efforts -- on a credit card --  and talks about it incessantly for approximately one month, even at holiday cocktail parties. Reader, do any of you know of such a proverb?

The Plumbing Troubles have taken over my life, my brain in much the same way. I might have dismissed a neighbors' chatter about the very same situation, nodded sympathetically while thinking god, how boring, how utterly bourgeois, you think YOU have problems. I know for sure that I've walked around for a half century never taking stock or truly comprehending what goes into the building of a house in a city, much less the amount of dirt that must be removed from the planet and piled in one's backyard and on the side of the house in pyramids before reaching eroding pipes. I've watched the shirts on the backs of the workers in my yard bloom sweat stains with every thrust of the pick-axe, knowing that all I can do is think and how lame and ineffectual thinking really is compared to back-breaking labor. I've felt a teensy bit embarrassed that my sons roll out of bed about five hours into the digging. Sometimes I fantasize about throwing myself or The Husband into the trench. What if someone forgets that there are no stairs at the side door in the laundry room, they open the door and step out and fall down, down down? I think at 5:00 in the morning. I stand at my back door, snap photos of the dirt pile and realize the useless tangerine tree behind the dirt is in riotous harvest-ready form with what must be thousands of tiny sour, seedy orange fruit. Damn, why can't that be a money tree? I curse. I really can't think or talk about anything else, to tell you the truth -- am effectively using the Plumbing SIT U AH CEE UN to ignore everything else that I should be thinking about or doing.

Reader, what's going on in your parts?