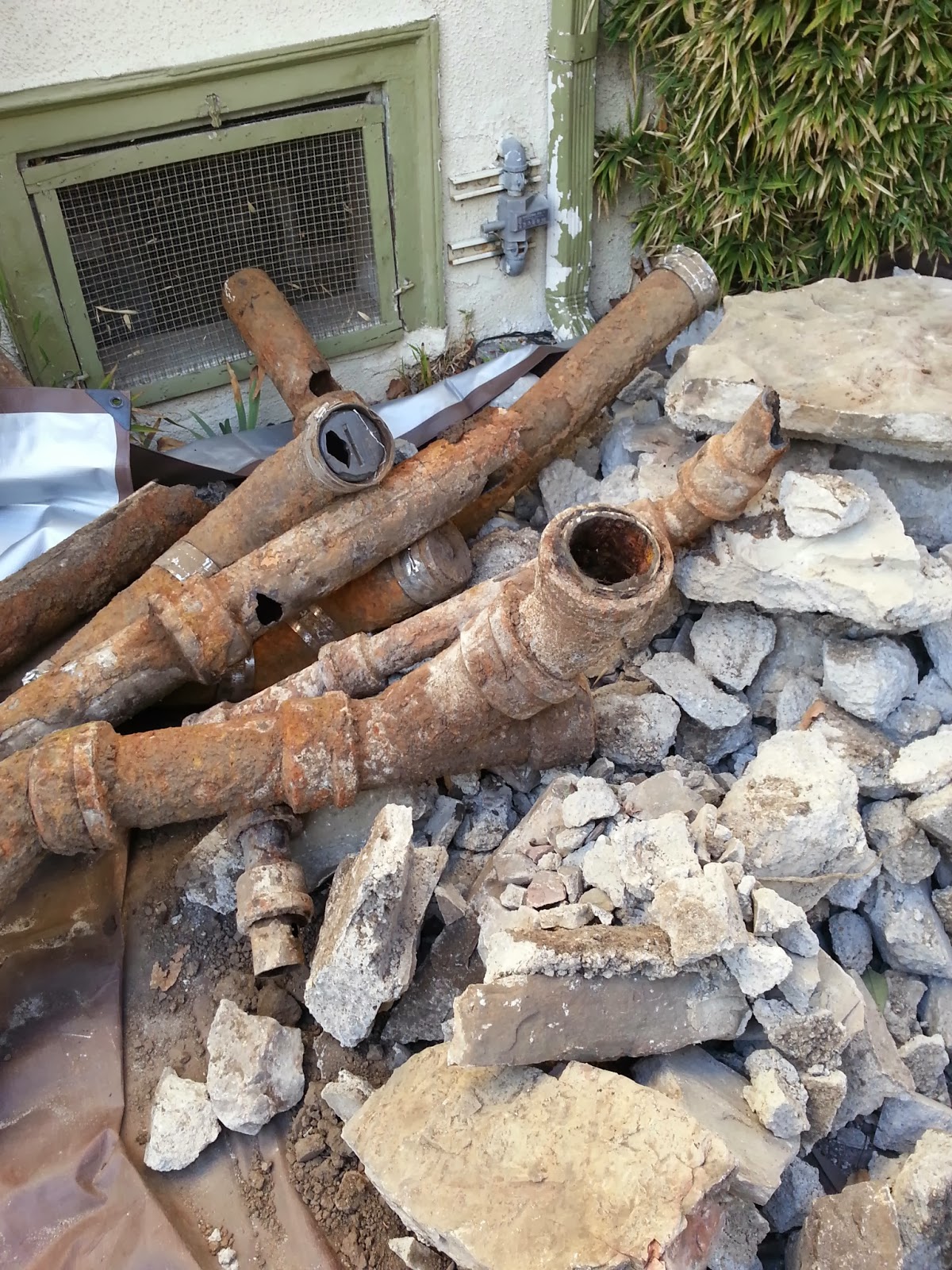 I haven't had time to post today, but I've been thinking a lot. I've been thinking about those pipes up there, not clay but iron, corroded and caked with roots, inch by inch, foot by foot the men drag them out of the ground. I read an article today about irony, about the difference between it and sarcasm or snark. I love irony, think in irony, write it with roots, corroded. Sophie has languished the past few days, slept innumerable hours, waking only to eat. She is better today, more alert, and I continue to give her the syringe of CBD. I read the threads on Facebook about Charlotte's Web, about the old stuff and the new stuff, about interactions with other anti-epileptic drugs, about toxicity, the liver, something called p460. The voices on these threads are loud and dogged, and I'm not up to the task. What is wrong with me? I think. I am not up to the task. I don't feel like figuring it out. Take copious notes, a woman posts at the end of a long trail of earnest information, it takes a while to figure things out. I don't want to take notes or figure it out. I want it figured out. I am depleted, corroded. Another thread rants, again, about the pharmaceutical industry. Everything is bad, everything. Everyone is against us. The urgency makes me tired. I felt urgent about fifteen years ago. There was no use in it. Time kept ticking by. Am I tired because it's been nearly twenty years of this shit or am I tired because I am corroded, weak, my irony dead? The Buddhist in me refrains from the clinging, skates the fine line of release/letting go and surrender/defeat. When I threw out the baby development books back in the days before information lay at my fingertips, I heard doors and windows slam. Sophie became who she is, despite. She became who she was, anyway.
Posted by Elizabeth at 5:37 PM