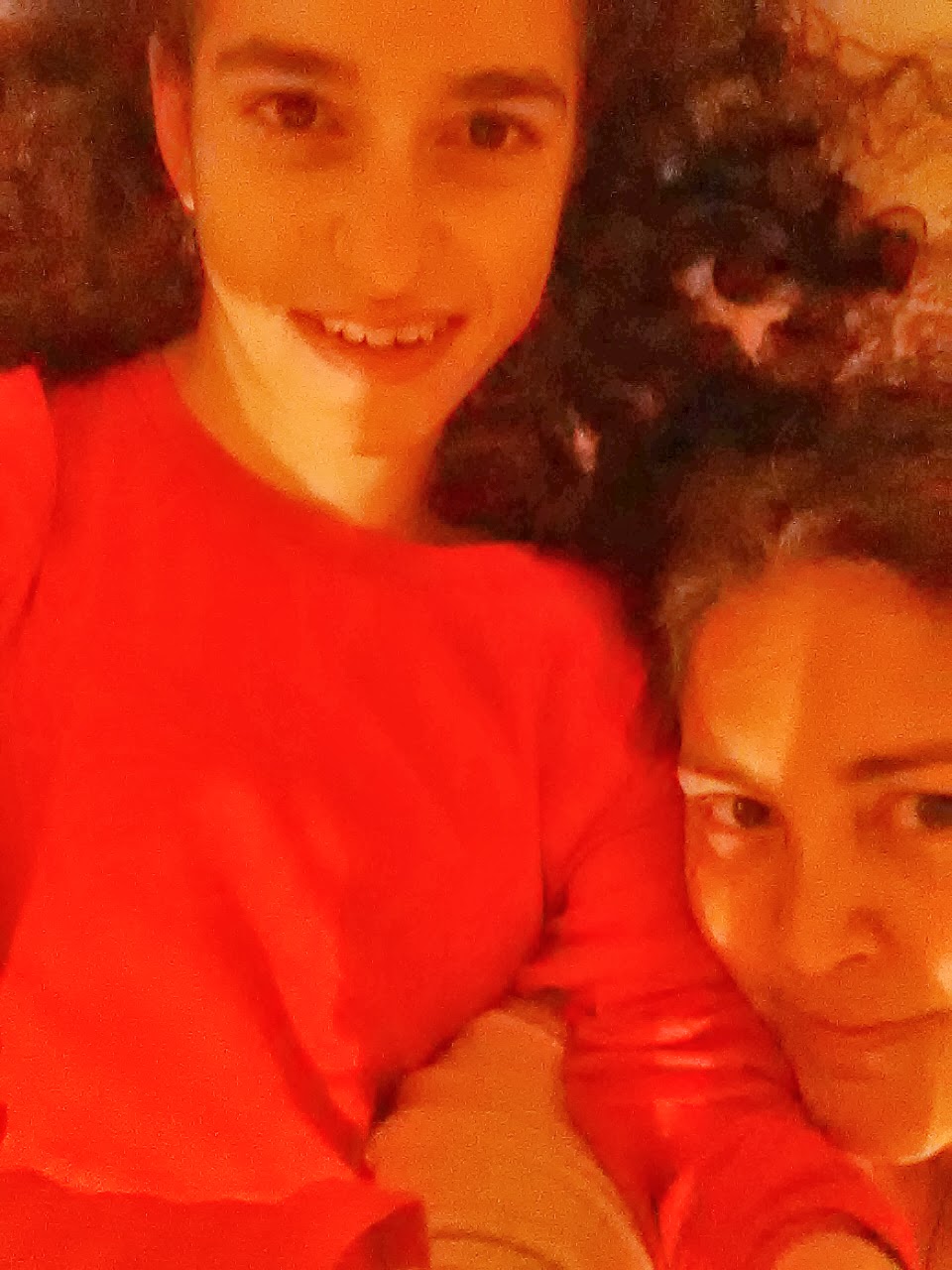 I don't know why this photo is so red-toned -- perhaps the light bounced off of Sophie's red pajama top -- but lying with Sophie on her bed tonight was such a strange and quietly wonderful experience that I was compelled to photograph her face, smiling. Sophie's face has lost most of the affect it once had, presumably due to eighteen plus years of drugs and seizures. She rarely smiles and never laughs or cries. Her eyes are expressive, but her brow is generally furrowed and she's at once "out of it" and intensely distant. When other parents or caregivers of the severely disabled talk about how happy their child is despite his or her issues, I wince. I can't honestly say whether Sophie is happy or whether she is even capable of what we think of as happiness. I think she is often content, and I know what intrigues and interests her -- she has an ineffable gentleness and remarkable grace that exude from her tiny frame -- but it's been many, many years since she's showed happiness in the form of laughing or smiling. I was typing at my computer, and she was walking around her room, when I heard what sounded like a chuckle. Henry heard it, too, and he came out of his room at the same time as I walked out of mine. We both wondered what was up, thought she was having a seizure (she hasn't had one in over a week!) and realized that she was lying on her bed, softly laughing. Smiling. When we sat down next to her, her eyes followed us, met our own eyes, and she chuckled again and smiled. It went on for many minutes, and while I thought it might be a type seizure, I wasn't entirely certain. Gelastic seizures are usually far creepier, the smile more a grimace, the laugh a cackle. Is she stoned? Henry asked, and I wondered. She's at the bottom of her first bottle of Charlotte's Web -- there's inconsistency in the dosing, you have to shake the tincture vigorously. It's possible that there's more THC at the bottom than CBD. Who the hell knows? Whatever was happening in her brain in those minutes, though, was good, I thought. I took a photo. Happiness is red. She fell asleep, eventually, her head in my lap, her amazing curls laid across the bed. She breathed slowly and peacefully.

I think she was happy.
Posted by Elizabeth at 11:41 PM