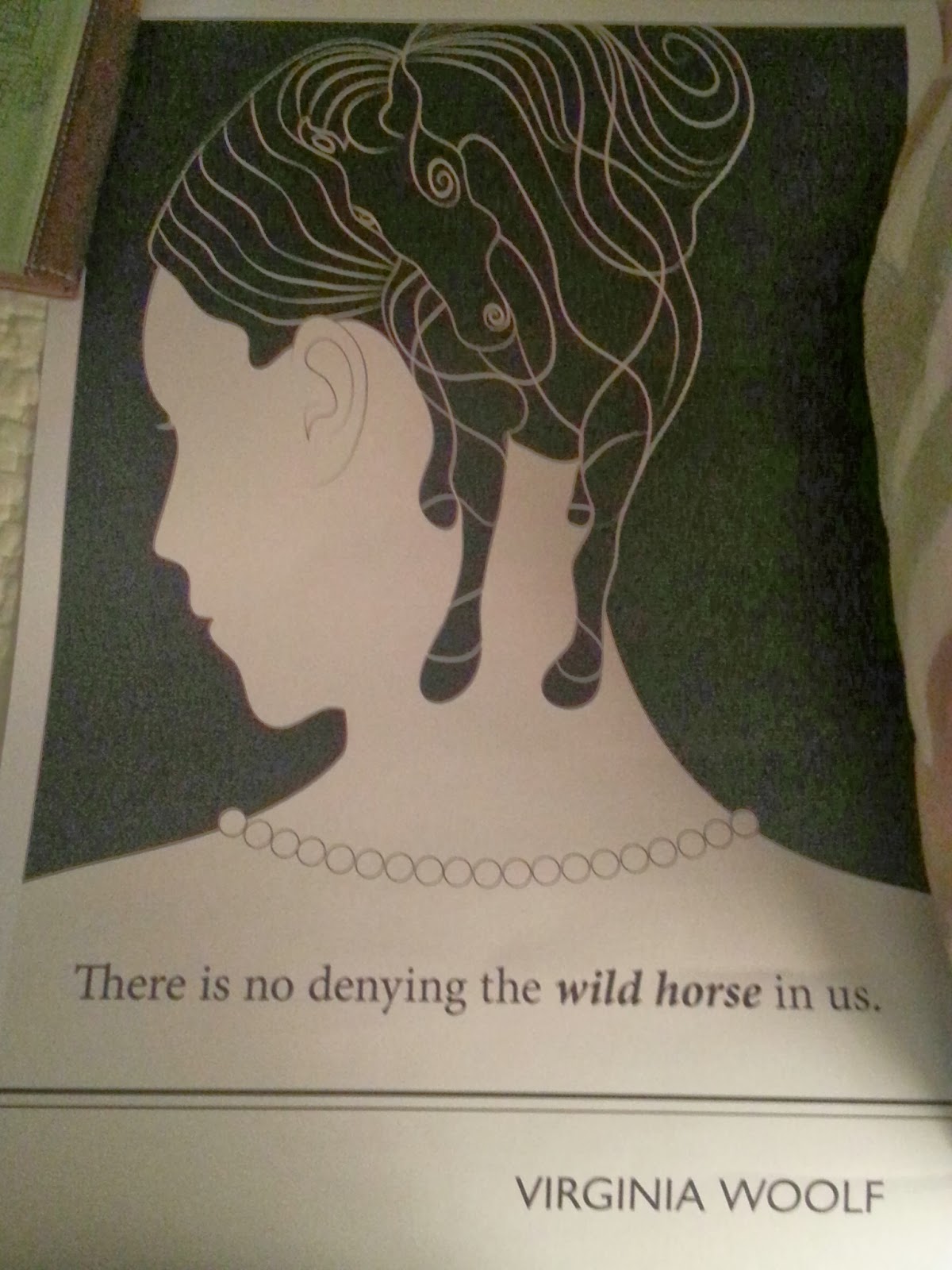 My sister sent this poster to me, and I love it.

I've been on a reading bender lately, in spite of the Plumbing Troubles, or maybe because of the plumbing troubles. No Virginia Woolf (one of my favorite writers whom I haven't visited in a long, long time), but I devoured Anthony Marra's A Constellation of Vital Phenomena, a novel about post-Soviet Chechnya that reminded me of  a more intense The English Patient. I had been reading The Goldfinch, too, the first hardback book that I've bought in months, but I put it down when I became so immersed in the Marra novel. I was going to start back in when I read about Wave by Sonali Deraniyigala and decided to download it. It's beautiful writing -- the true story of a woman who survived but lost both her young sons, her husband and her parents in the 2004 tsunami -- and don't ask me why this hideous subject makes for an incredible story -- and I can't put it down. I have every intention of finishing The Goldfinch and then might start on The Luminaries. As for Virginia Woolf, another read of The Waves might be in order, or my personal favorite, To the Lighthouse.

These were my five favorite books of 2013, in no particular order. I have several friends who published books this year, but I won't include them here --

I want to show you more by Jaime Quatro is a collection of rocking short stories that were weird, subtle and very sexy. Quatro got into my head and lived there for a while, and when I was finished with her book, I wished that I knew her.

Behind the beautiful forevers by Katherine Boo is non-fiction, the story of garbage collectors in Anawandi, a slum just over the fence from luxury hotels in Mumbai, India. The book is shocking in its depiction of extreme poverty, but it reads like a novel, and I felt immersed in these people's lives and in their humanity. Some people claim that the book was depressing -- I felt it was eye-opening.

Quiet Dell by Jayne Anne Phillips was as good as any of her other novels, all of which I've read and loved. This one was based on the true sordid story of a con man who lured widows with love letters and then murdered them. The story takes place in 1931, and Phillips includes some real newspaper accounts of the tragedy as well as photography. The characters she adds to the true life story are wonderfully drawn, particularly a female reporter and the photographer who accompanies her. I also loved how Phillips wove the haunting voice of one of the murdered children into the narrative.

I hadn't picked up Madame Bovary by Gustave Flaubert since my undergraduate days as  a French lit major, but this Lydia Davis translation made me embarrassed that I'd ever knocked the novel. If you haven't read it, you should.

All That Is by James Salter got so many good reviews by so many great writers who were near-cultish in their love of the writer that I felt compelled to read him. Salter was unfamiliar to me, and when I read this novel, I could hardly believe that I had never read or heard of him. That happened to me before, when I "discovered" Richard Yates' Revolutionary Road when David Sedaris recommended it at one of his performances in Los Angeles. Where the hell was I and why have I not read this? I thought for both the Yates and the Salter. The writing in All That Is is intense, male, beautiful and sexy.

So, those are my five favorite books of 2013, excluding my friends' wonderful memoirs. Looking back, each of them is intense and dark in some way, two are sexy as hell and none are particularly uplifting unless you're like me and feel euphoric when you read beautiful prose. I guess there's no denying the wild horse in me.