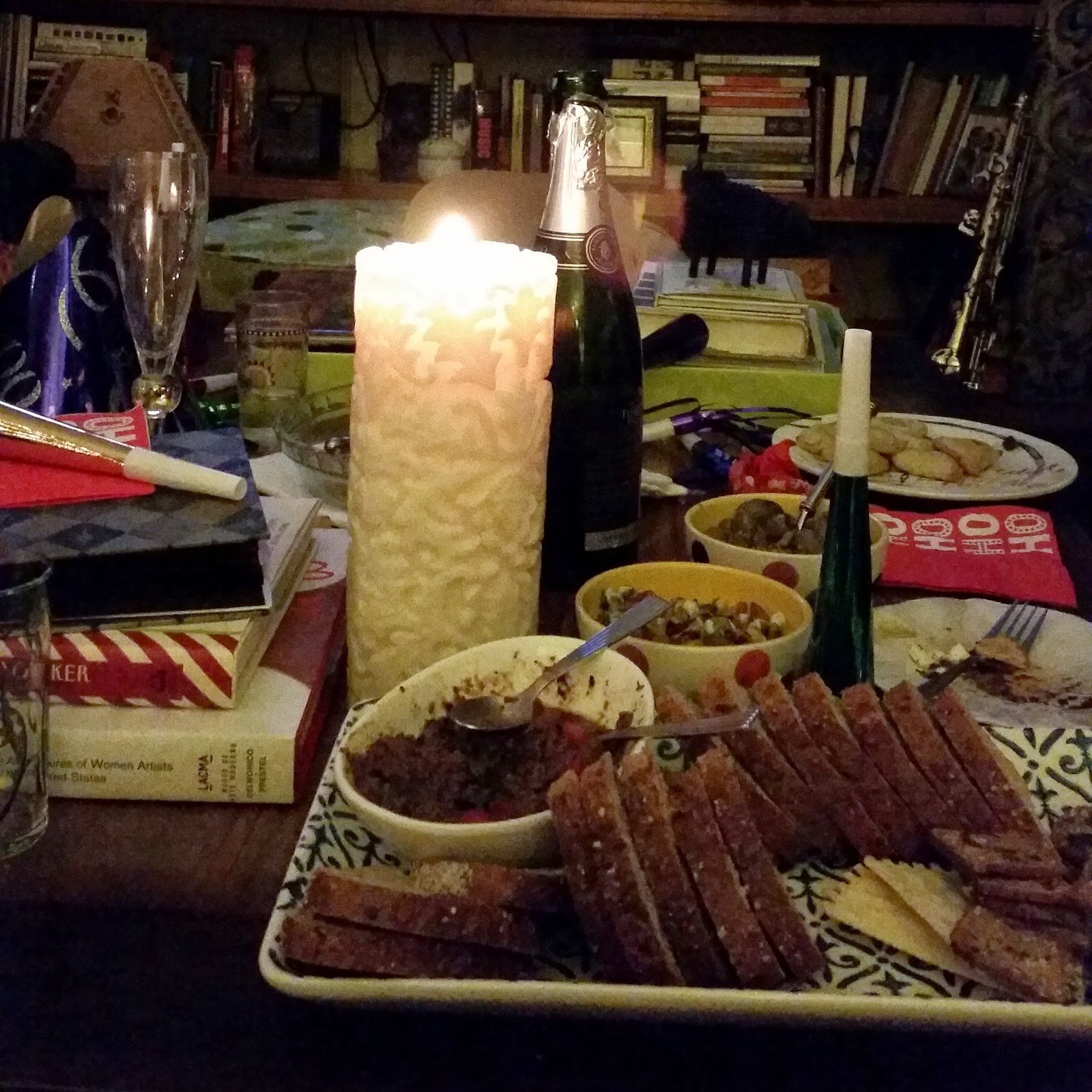 I had a small party last night, and the last friend didn't leave until after 2:00 in the morning. I cleaned up the mess, checked on my chicks (one in Switzerland, one at a friend's house and one persistently awake) and fell asleep around 3. I drank a few glasses of champagne but this morning I feel as if I drank a few bottles. That's mainly because Sophie was up nearly all night, and while I left her to her own devices for most of it, I periodically woke up to check on her from three until around six o'clock when it became the day. So, 2015. I'd make a resolution or two if I believed in them, but if there's anything I've learned in my fifty-one years of revolving around the sun it's that my intentions are just that, and while I might set them, send them out into the shadows of the future, they'll probably not return as I intended. So, everything is the same and everything is different.

Today I resolve to not get dressed, to lie around and eat slice after slice of white bread toast.

I love the new year -- it really does afford possibility, doesn't it?

Happy New Year to everyone!
Posted by Elizabeth at 10:34 AM