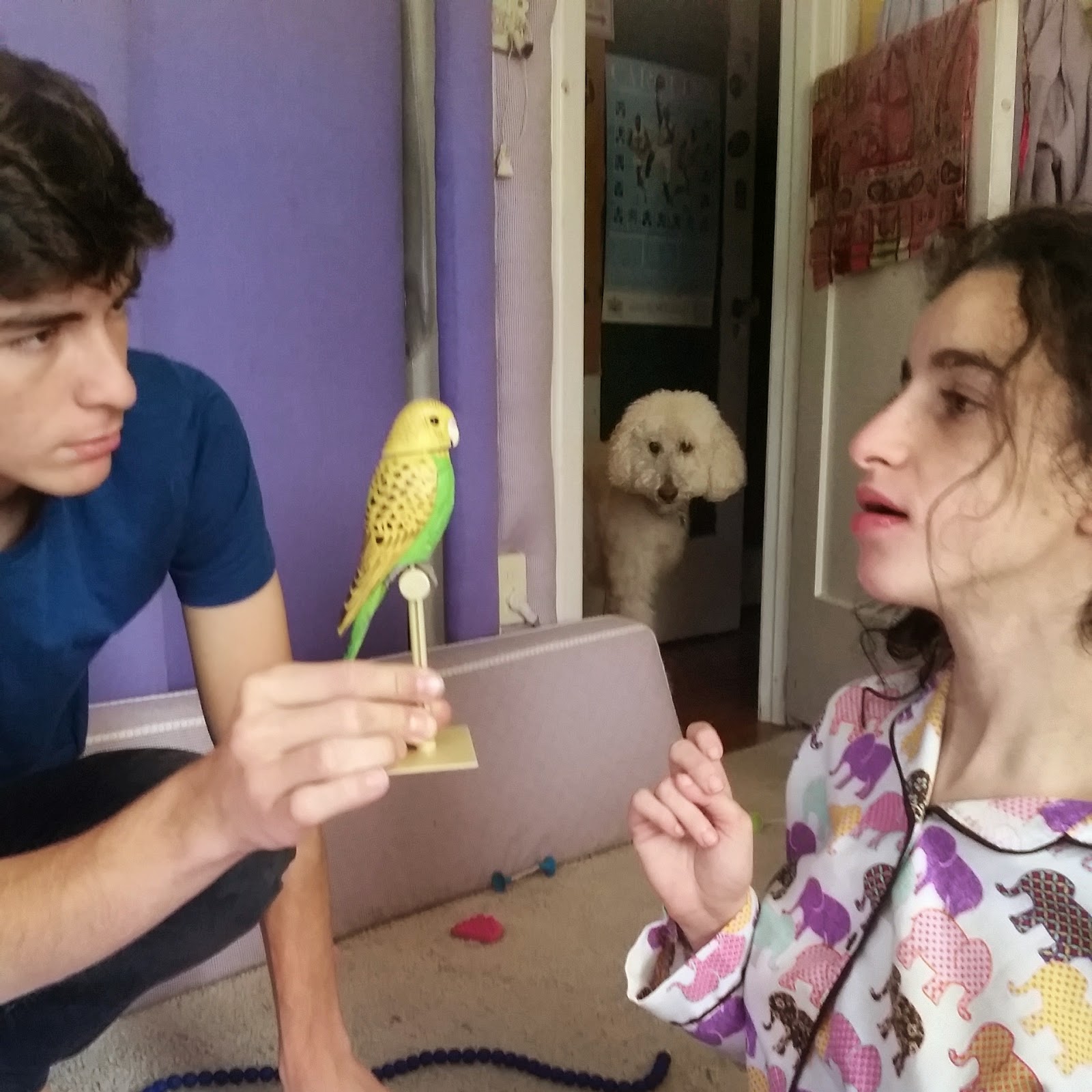 So, I think I mentioned somewhere that Henry is now a driving young man. My own trepidation at the thought of him cruising the highways of Los Angeles aside, he's also now the ecstatic owner of a used car, a humble vehicle that apparently carries some clout in its used-ness. I caught him on Friday night, just before my salon, outside actually washing the windows with water and soap. I don't think you need to know that he has never, and I mean never washed a window of a car by hand. The boy has many strengths but that sort of thing -- hand-washing a car's windows -- has never been seen in this land. Today, he bought a chirping bird that he will place on the dashboard of his sacred vehicle. I raised my eyebrows when he showed it to me, suggested that if it were Oliver who had made the purchase, there would be no end to the carping about how obnoxious that is! You're such an idiot! You're so weird! etc., to which Henry just smiled and proceeded to show Sophie, who, as you can see, completely appreciated it.

What I love about parenting is when your kids are unwitting geeks, when the self-conscious adolescent thing disappears, and they're just delighted to be alive.


Geekiness doesn't fall far from the tree, as they say. This morning I scrolled through Facebook and came upon a rare recording of one of my favorite writers, Flannery O'Connor,* reading her famous short story A Good Man Is Hard To Find. My friend Tanya Ward Goodman (inimitable writer herself, most recently of Leaving Tinkertown fame) had posted it, so I clicked and clicked and opened and settled in Sophie's purple beanbag chair and just about died from happiness.

Here's the link to the audio part:

And while you're listening, you can open up the short story and actually read along.

If you're even the tiniest bit like me, you will feel overwhelmed with gratitude and happiness, lulled by the soft Georgian accent of that titanic woman and entirely blown away by her sinister story.

*And here's a little thing for my fellow geeks who love Flannery O'Connor and probably hate Ayn Rand -- something O'Connor wrote to a friend about Rand:

I hope you don’t have friends who recommend Ayn Rand to you. The fiction of Ayn Rand is as low as you can get re fiction. I hope you picked it up off the floor of the subway and threw it in the nearest garbage pail. She makes Mickey Spillane look like Dostoevsky.

Posted by Elizabeth at 1:43 PM