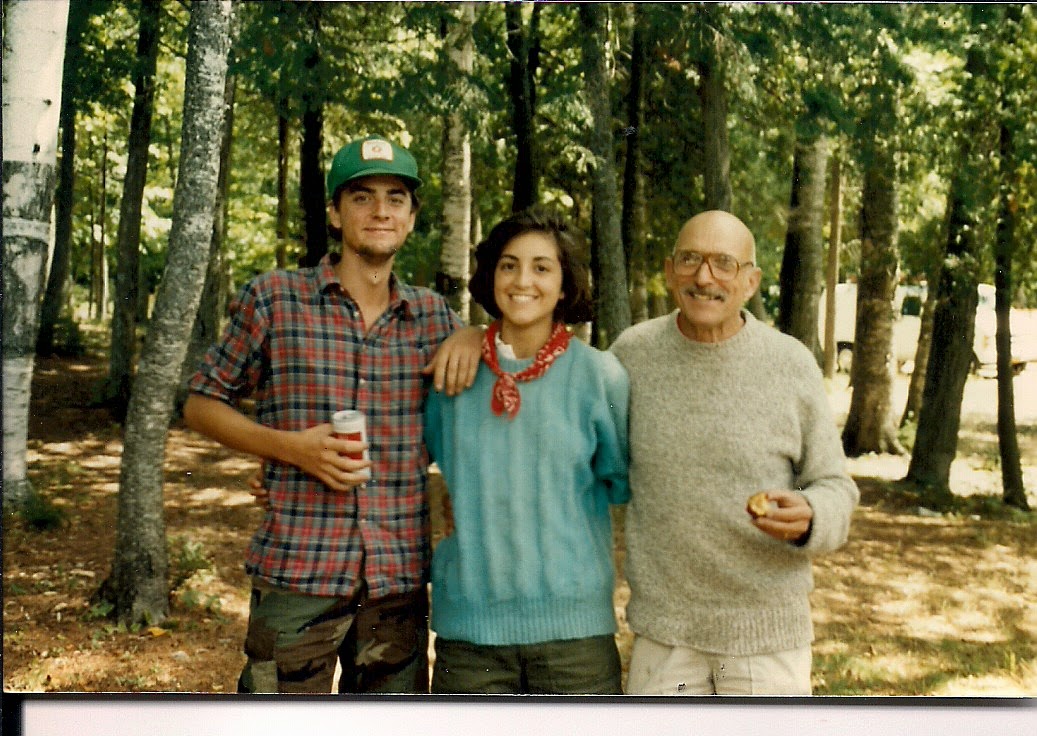 Back in the day, I was a little bitty thing and I had no idea about anything at all. My melancholy was rooted, I imagine, in books, in a prodigious imagination, in the romance of not being known. Jane Eyre was the type thing I fantasized about -- the allure of truly being an outcast. That photo, unearthed in my purge, was taken in August of 1983, right before my junior year in college. Or maybe it was 1984, right before my senior year. I was a little bitty thing and I had no idea about anything at all. I don't remember the names of either of those men -- the older one was the professor who led me and a group of young people through a part of the Adirondacks that summer in a quasi-survival trip. We carried 70 lb packs on our backs and hiked about fifty miles in, I recall, and it was incredibly difficult. It rained a lot, and there were days when I focused only on the boots in front of me, hauling my own up and out of mud. I didn't sign up for this trip because I was destitute or a former heroin addict or because I was grieving a dead parent. Remember, I was a little bitty thing and I had no idea about anything at all. I signed up like I do a lot of things -- impulsively, and when I made my way to Syracuse and then on a Greyhound bus to Potsdam and then to meet this group of strangers, all of whom were experienced hikers -- well -- let's just say it was one of the most formative experiences of my life. I had never been hiking and the only camping I had done was probably in my back yard as a child. At the end of the ten days, I was awarded a Steel Magnolia award, and I remember how proud I felt. In fact, I might have just gotten the award when this photo was snapped. I came down out of the Adirondacks dirty and tired and grateful. I checked into a hotel by myself, ordered a steak and baked potato, took a long bath and got on with the rest of my life.
Posted by Elizabeth at 5:35 PM