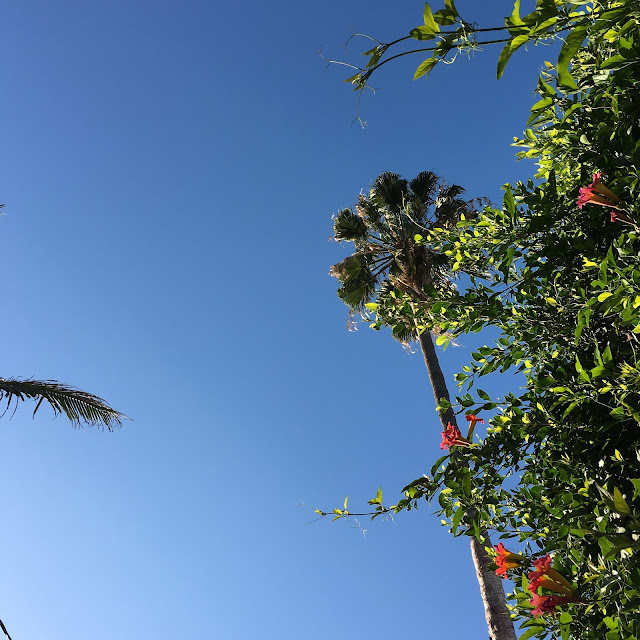 That's the view out my back door on this late February afternoon, but it was certainly the bleak mid-winter about twelve hours ago when I was going on my sixth or so hour with Sophie awake, four o'clock in the morning, the darkest hours before dawn, the dark night of the soul. I didn't want to write about what had come before because -- well -- you know me and my southern Italian superstitions.

Sophie went nearly two weeks with only 1-2 seizures, and those were so mild I'm not sure I even remember them.

One night, I thought I heard her seizing and jumped out of bed to run to her room and see her soundly sleeping. That was weird. But until yesterday, nada, nul, nothing. I was secretly exultant and outwardly cautious. She's taking a new strain of cannabis called ACDC and a tincture of THC at night. She's taking a larger dose as well. Her other medications are stable, as we don't change more than one thing at a time.

The moon is waxing full and my nighttime psycho caregiver self was waiting on the sidelines.

Oliver has a terrible virus and is laid low, so when Sophie started the old seizure drill yesterday, I sighed and figured she's getting it, too. Yesterday, she had some weird grand mals that were short but very vocal. She was in her room at one point, sitting on the floor, and I had just settled down to do some writing when I heard it -- a long, high-pitched groan. Henry and I reached her room simultaneously where we found her face down in a pile of toys, her right arm bent backward and banging against the padded closet door. It's like a horror show, folks, except that it's not. It's our life.

Henry quickly scooped her up and brought her to the bed where he gently lay her down and then disappeared into his room to probably continue stealing cars, while I sat with Sophie and just brushed the hair off her face and told her it was okay. We've done this a million million times, and there's just no getting used to it. Every single damn time.

The nighttime psycho caregiver self that was waiting on the sidelines, ran in to full play around 1:00 in the morning when it looked like Sophie was probably not going to sleep at all. I don't really know how to describe myself during those hours other than to emphasize that my disarray and delirium and despair are all mostly internal. I am prone to dark, dark imaginings of the end of times sort where I might think about the decades I've done this in incredible detail. I generally run through all the things I've done wrong and then my regrets and what ifs. I might entertain the thought that our lives are ruined. I allow thoughts of Baby Sophie to reemerge -- the hospital visits, the screaming, the Ketogenic Diet Days, the tromping through Manhattan for therapy days, the first PET scan and her suffering through countless blood draws and sticks. I am, of course, obsessed with everything that I've done wrong and how it will be like this forever and ever and ever. I think it's a sort of Continuous Stress Syndrome Disorder that strikes in the hours between 2:00 am and dawn.

Pray that I die, pray that I die, my Italian nonni used to mutter as she roamed our house on visits, her rosary beads clutched in her gnarled fingers that smelled of soap. I am her. 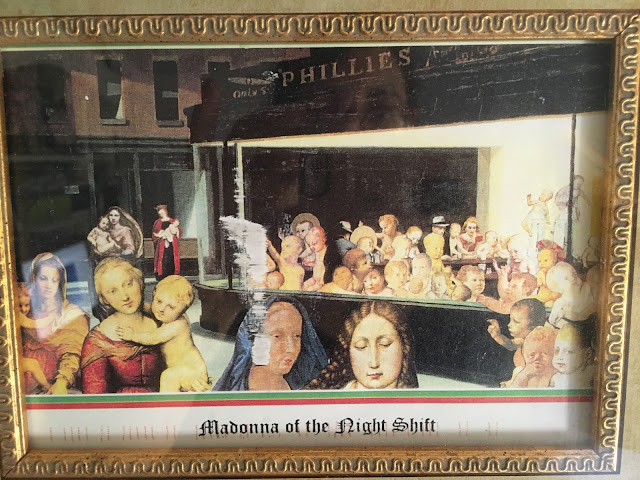 Would that I had an underground bar to visit, connected by tunnels, where those of us with these children might gather together, drink whiskey, tell dark jokes and look at paintings until the light comes.

The light comes. The darkness pulls in, is quite suddenly quenched. I feel chagrin but open my arms to morning, every single damn time. And the sky today, dear god, is so blue. And the sun. The sun!

Posted by Elizabeth at 4:48 PM