You'll Have to Pick Out the Truth 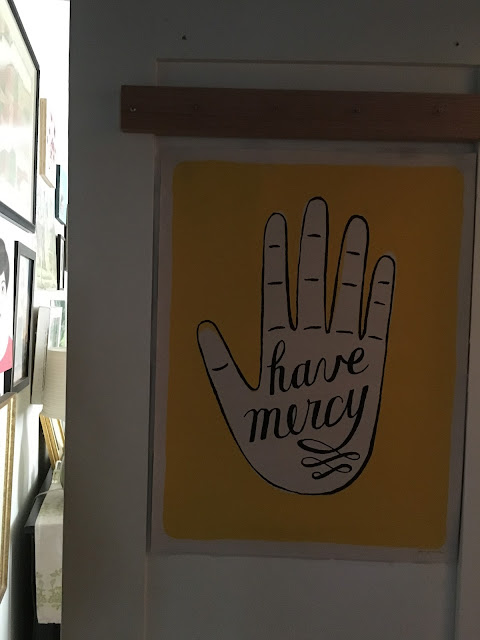 I could frame a series of evenings by the vehicles that will carry me to and fro.

Last night it was a Mercedes driven by a large French Egyptian poet. A woman. Her name was Soraya. She was driving a car for extra money, although it had already been five days, and the car company she worked for was dishonest and corrupt. She was waiting out a lawsuit, wreaked by unsavory characters in her business as realtor. She had a relative who was a billionaire. Yes, a billionaire, she said, and this relative dressed her dogs in designer sweaters even as homeless people camped out on Fountain Avenue, just down the street from the hospital where her husband, a cardiologist turned administrator, had made his billions. Can you imagine that, she said. Sweaters for dogs. I am writing a poem about this thing. My theory is that animal lovers are entirely selfish, narcissists, really.  She has an uncle with Alzheimer's, she told me, when I told her that I wrote about disability, about my daughter. The disabled are not counted, she said. He is a person. I talk to him with my eyes. I murmured, no getting in the edges. Wise. We talked about French poetry, how she thought in French, had never written in English. I told her to give it a go. I don't remember the context, but she said, You'll have to pick out the truth. She dropped me off at a bar on the west side, a dive bar where I was to meet a stranger and listen to music.

A young man named Ahok picked me up from the bar at 11:30 pm. I climbed into his luxury Prius. I've never ridden in such a big, nice Prius, I offered in the way of conversation. The dashboard glowed. My voice was hoarse from talking over music in the dive bar with the stranger. I had drunk two glasses of Cabernet, not Merlot. It's a regular size one, Ahok told me. It looks big because of the leather seats. I sank back into them, refrained from discouraging the use of the freeway, said instead, Well, you're driving me home from my first encounter with a stranger in almost 25 years. He shook his head. He wore cologne and a gold chain bracelet. Have you ever done that? I asked. Meet a stranger at a bar? He said he didn't believe in that. It wasn't right. I sank back, sunk, deeper into the leather seats that made his car look bigger than it was. I tried not to presume, assume. I imagined a burka, a garment dropping from the sky, covering my body, my flesh, a slit for my eyes, my beautiful eyes.