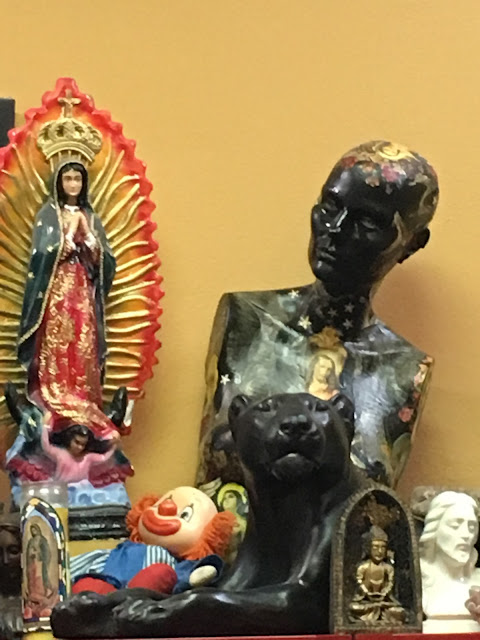 My friend Allison Ray Benevides and her husband Rob own this amazing tattoo place in San Diego called Flying Panther. I drove down on Saturday afternoon and into a world that I really have never experienced. 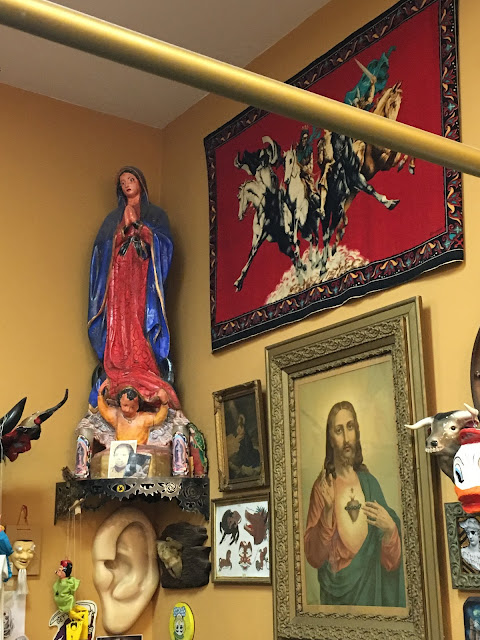 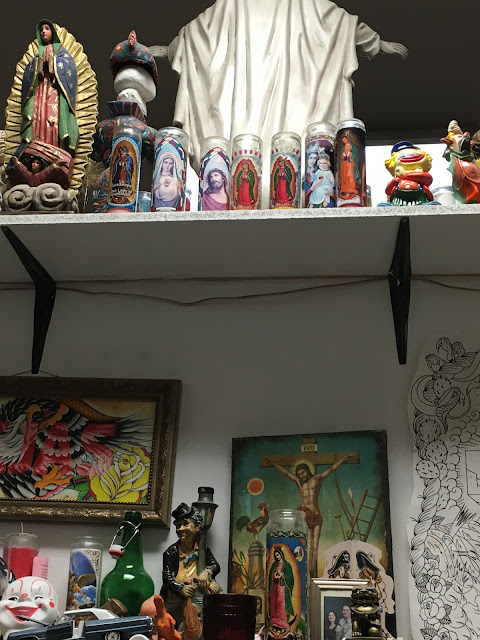 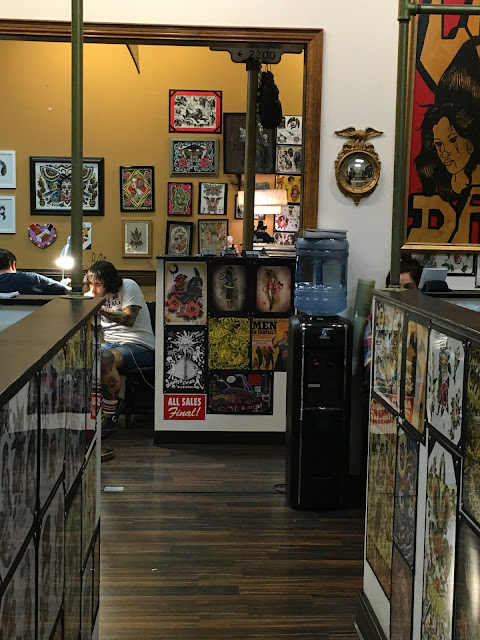 So much beautiful art on the walls and on the bodies of those working. Here's Sue: 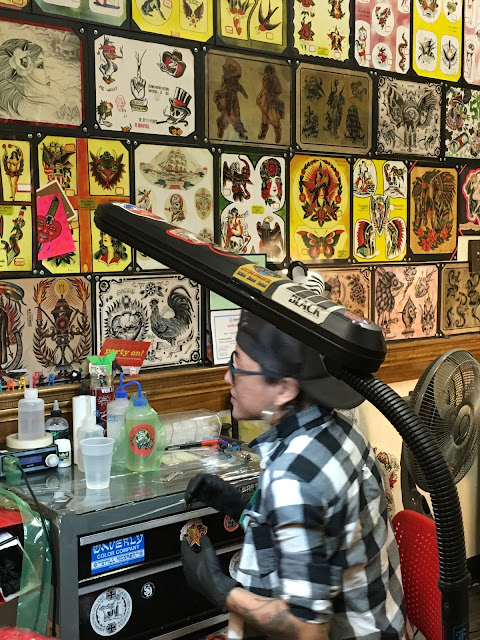 Do you feel a little shaky? Do you have a presentiment?

Do you remember what I was going to do by my 50th birthday? 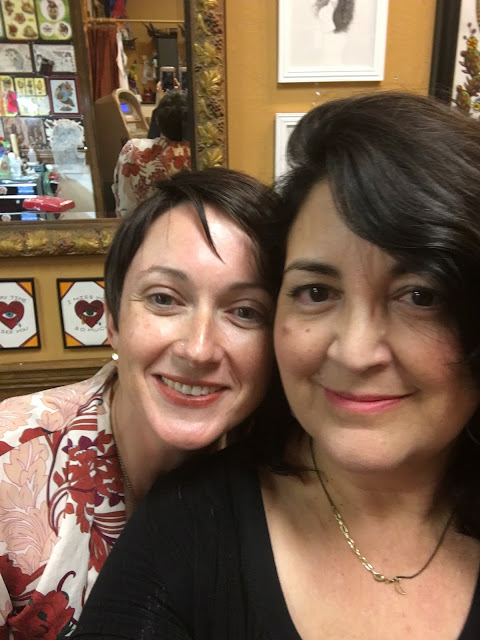 That's me and Allison. I can assure you that I had already downed not one but two shots of straight vodka and thus look a bit bleary, but in real life, I swear my head isn't that big nor hers that small. 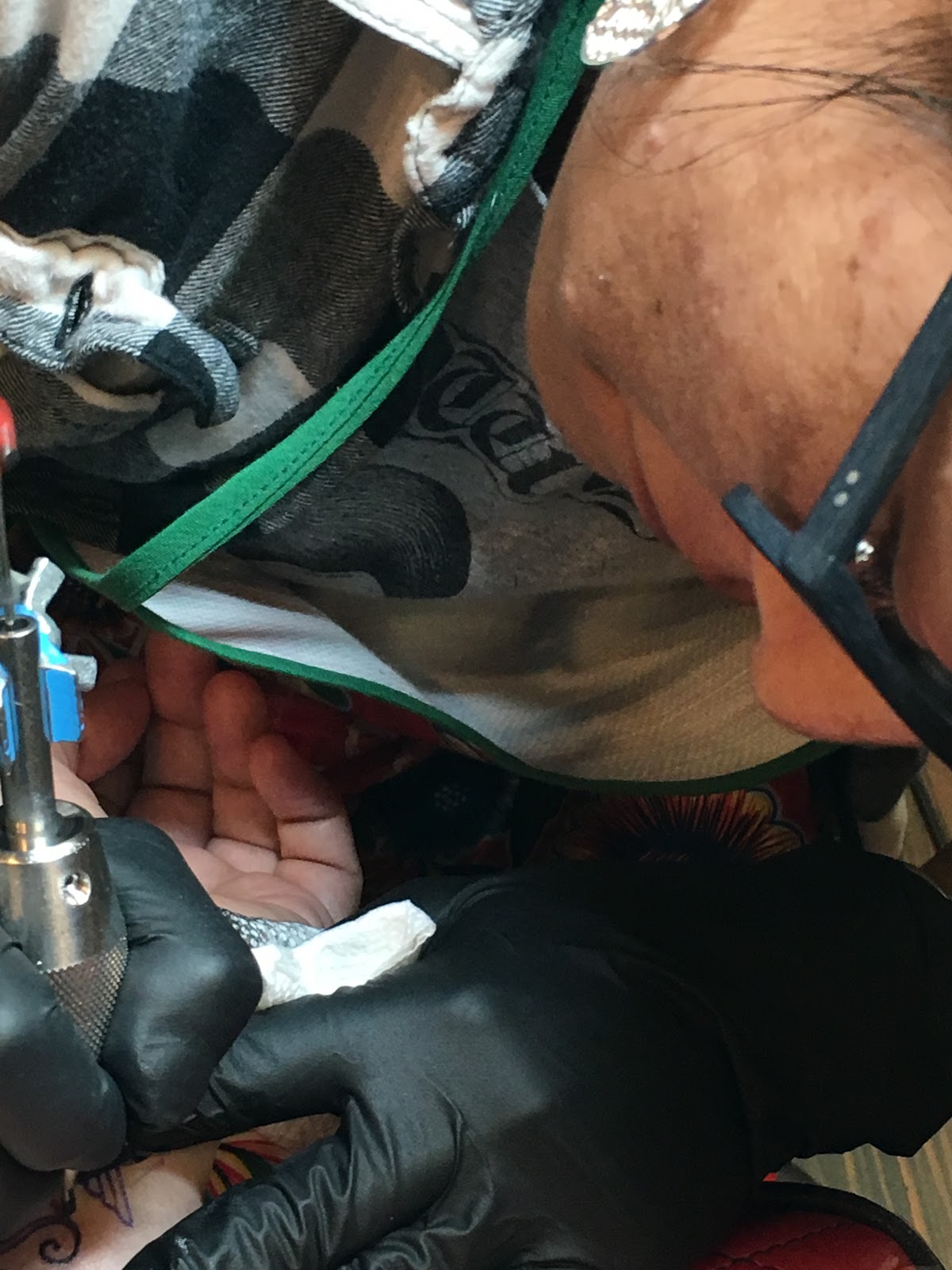 Whose arm is Sue gripping?

Take a break, Sue says, it hurts the most when you're close to the artery. 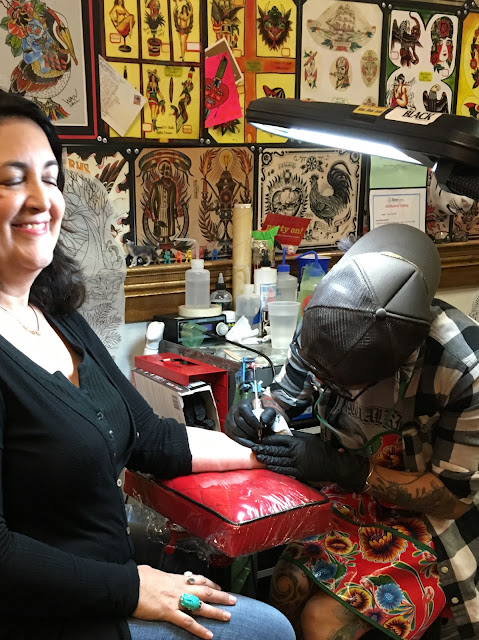 So, yes. I finally got my mermaid tattoo. That smile is a gritty one because it hurt a bit, but I did a whole lot of deep breathing, reminded myself of three childbirths and that time in ninth grade when I had a whole lot of packing in my nose after surgery and had to have it pulled out, and then -- to tell you the truth -- the pain felt sort of exhilarating.  I understand that there's a rushy kind of feeling while being tattooed and afterward, and it's distinct from the buzz of alcohol. I felt it.

Lest you think I've gone completely mad given the circumstances, I'll remind you that I'm 52 years old and have wanted to do this well before I was firmly middle-aged. So, I'm only partly a cliche. Still, it's a radical departure from the me that is me. Next thing you know, I'll be running in the Los Angeles marathon, swearing off pastries, vaping weed and avidly reading those books about the different shades of grey.

Well, maybe all of it except the marathon. 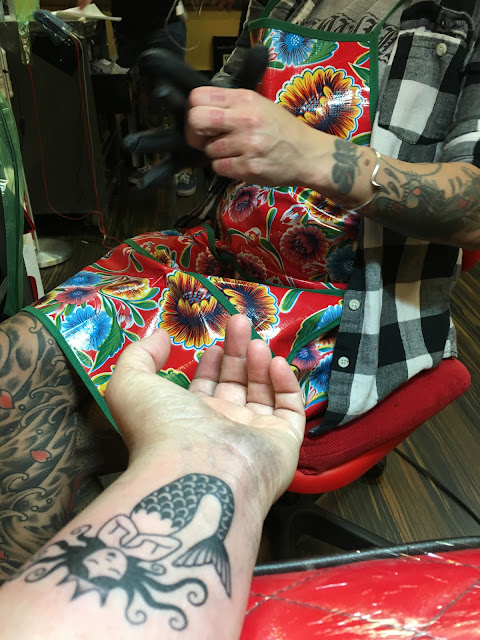