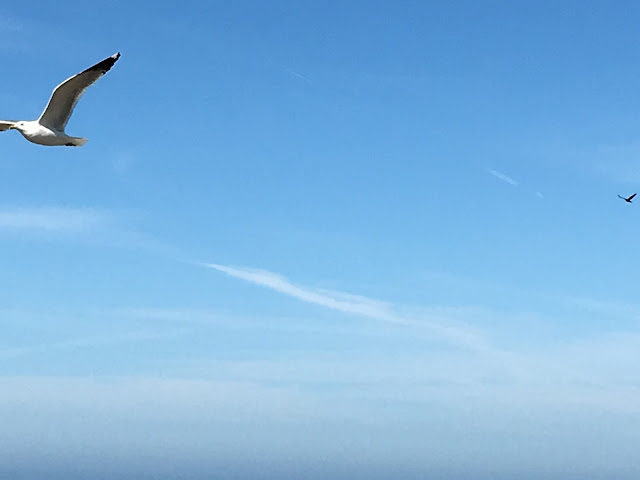 I drove down to La Jolla early this morning to attend Dr. Frymann's memorial service. I wrote a little about Dr. Frymann's life and death a few weeks ago, and I had hoped to take the children with me, but it was difficult to rouse the boys on a Saturday morning, and I wasn't quite up to the task of taking Sophie alone, so I headed down there by myself. 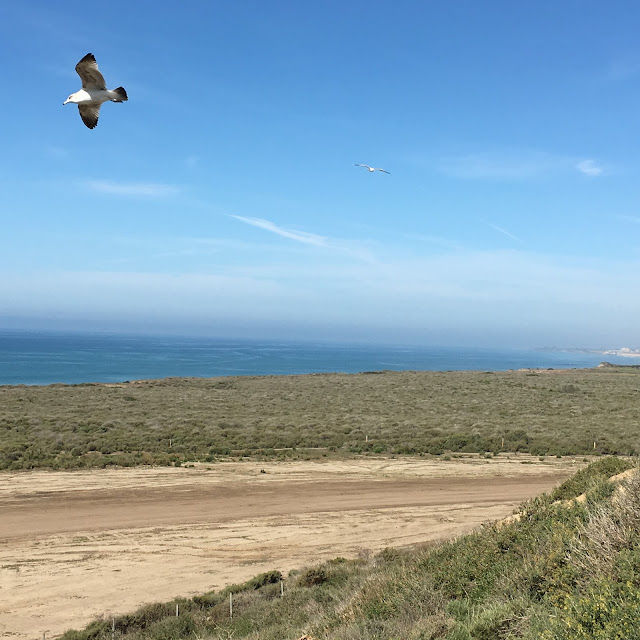 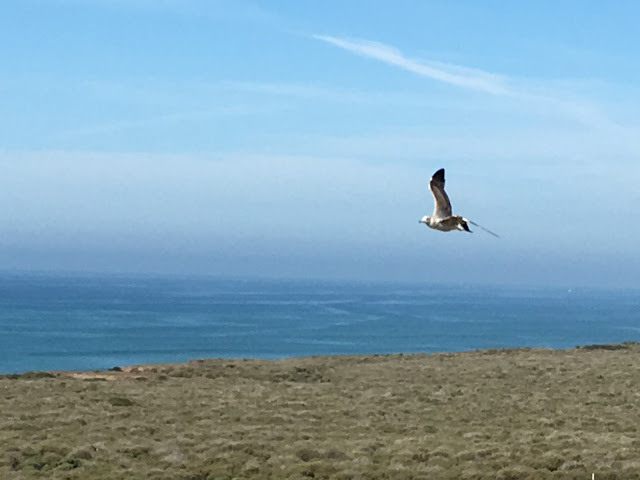 Even though I was running late to make the 11:00 service, I pulled over at the overlook near Camp Pendleton because I always pulled over there back in the days when I drove down twice a week with a very young Sophie in the back of the car. We'd get out and stretch our legs and look over the wide expanse of blue. I wanted to make a ritual of my journey, and today was particularly beautiful -- the ocean a soft blue that lightened and deepened and melted into the sky. The gulls wheeled around catching the currents, and I stood and looked out over the Pacific. 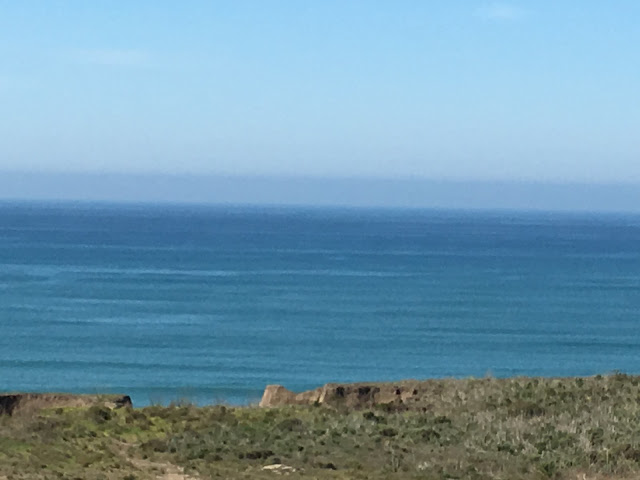 When I got to the church, the service had been going on for at least a half an hour, but the Episcopal minister was giving the homily, and it only took a few minutes before I began to cry softly in the pew. Dr. Frymann was described as a woman of steely intellect and discipline who, after injuring her ankle and giving up her dream to be a ballerina, gave her entire life over to improving the lives of children through osteopathic medicine, particularly those whom other physicians had given up or declared impossible to treat. The minister aptly said that when she looked at you, it was as if her eyes were x-rays, and she could penetrate to your soul. Yes. That was my experience. I realized quite suddenly that it was almost exactly twenty years to the day since I had first brought Sophie to see Dr. Frymann, when I travelled from my home in New York City in February of 1995 and walked through the white gate of the little yellow house that sat on the bluff of La Jolla Cove and handed my sick baby over to her.

Raoul, the pianist that accompanied Dr. Frymann's treatments of Sophie and many other children back then, was there today, playing Chopin and Beethoven and Bach.  I also saw many of the people that worked at the Osteopathic Center for Children, a couple of familiar faces belonging to other mothers,  and a few of the osteopaths that were family to us all those years ago. One of them, Dr. Morelli, remembered me, and when I gave her a hug she told me Sophie taught me about angels. She always looked so intently up and around, like she saw them. I thanked her for that and for literally picking me up off the floor where I sat crying one day, overcome by fatigue and worry.

After the service, we proceeded outside to the Memorial Lawn where Dr. Frymann's ashes were interred. The minister crouched down over a small square cut out of the ground and gently shook out the ashes of this dear and powerful woman, blessing and chanting over them. I saw them swirl up and around from the small impression in the earth, the fragments blown a bit by that gentle breeze that seduced me into moving here so many years ago. 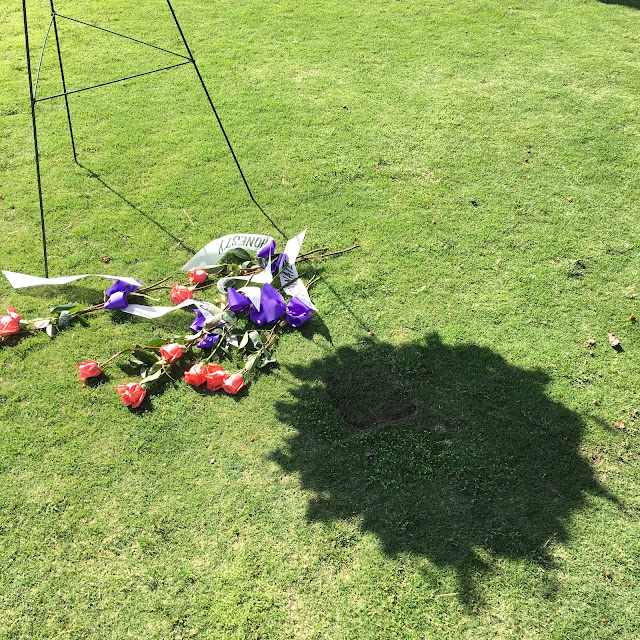 How grateful I am to have known her and to have had her hands touch and treat and heal my three children. When invited, I took the small shovel and gently placed some dirt on top of her ashes, closed my eyes and heard her voice over the gulls. I still heard her voice when I left the reception afterward and drove down the drive below the yellow cottage that is now a busy restaurant. I got out of the car, my back to the motel where I'd lived with Sophie and stood at the bluff and watched the waves crashing onto the rocks. 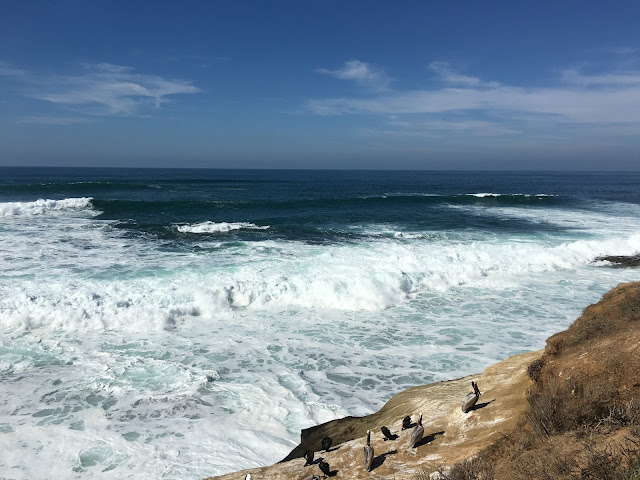 I know that Dr. Frymann rests in peace after a life well lived. She was one of the most influential people in my life, steadying me on this path. Her remains are buried under the grass in front of the church she loved, a bit of her blowing over the majestic Pacific. She'll live in me, in Sophie and Henry and Oliver and countless other people and children, forever and ever. Amen.

Other posts about Dr. Frymann: