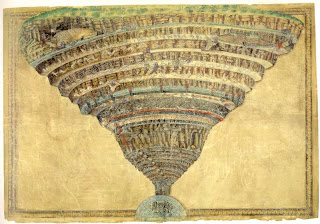 
There's a piece in the NY Times about angry, abusive doctors. Although it's getting better, there are, evidently, a considerable number of instances of what's called medical road rage, and medical errors, sometimes fatal, often result. I scanned the article which I ruefully admit is sort of like fuel to fire for me (I love to bash a doctor, you know) and found this at the end:

"Experts say the leading offenders are specialists in high-pressure fields like neurosurgery, orthopedics and cardiology."

I went to a consult, once, with a friend who had to decide whether or not to have this very famous brain surgeon operate on her child's brain. At some point during the surreal meeting, we asked the esteemed doctor what the risks were. He very casually said, "Well, I've done about five hundred or so of these surgeries and have only had two kids dead on the table." Dead on the table sort of hung there and while my friend, who was new to it all, just sat and thought God knows what, I wondered whether neurosurgeons should be allowed to use the word "kid" for one and "dead on the table" seemed like a phrase that shouldn't occur at all. It felt abusive, actually, and while the article I've quoted from talks about stress-related arrogance and such, I'm wondering what it is about the field of neurology that attracts so many... well, assholes.

I'm happy for people who have stories of miracles wrought or who, through the plain hard work and ingenuity of their doctors battle illnesses successfully. But I admit to feeling bad, too, when I hear of the miracles of modern medicine. Because it's not happening for us, for Sophie, for the kids like her. I realize it's sort of a defense mechanism to blame the doctors. I know that I am transparent psychologically in this respect.