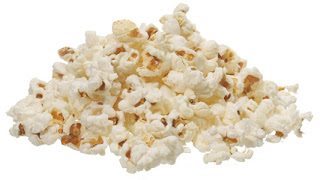 The other night I took the kids to see the homeopath in Santa Monica. We had a 5 o'clock appointment and rather than battle the west to east traffic, instead of driving home we went to see Despereaux, the new animated children's' movie. I haven't taken Sophie to the movies in ages -- she's generally really antsy and uncomfortable in them, makes a lot of humming noises (mmmmmmmmmmmmm)and just doesn't appear to enjoy them. But it had been a really long time, and I thought this one wouldn't be the frantic, frenetic spectacle that so many kids' movies are these days. I had read the book to her and to the boys when it first came out and knew that it was a sweet story, and the previews made it look beautiful. This was what I told myself along with the requisite it will be nice to go to the movie with all my kids, not just the boys. Something normal. And it was fun, in the beginning, before Sophie started to get restless and started humming her monotonous mmmmmms and wiggling around and then I just got up with her and walked out to the lobby for a while. The boys were avidly eating popcorn and watching the movie and barely paid attention when I told them that I'd be right outside.

Sophie and I walked up and down the lobby for a few minutes and then she wanted to sit down on the floor, but I didn't let her. I thought that since she seemed tired, we could go back in the theatre. When we walked in and sat back down, she was quiet and I turned to watch the movie. Within seconds, though, Sophie stiffened beside me and began to have a HUGE seizure. The kind where she yells loudly, a guttural groan and stiffens and jerks. My impulse is to hover over her, protect her, almost wrap my body around the space that surrounds her. I think it's an instinct to shield her from enquiring eyes, and when I do it I am aware of those around me but I almost consciously deny them. I will everyone to disappear so that I can exist there for her and so that she can have her seizure and be done with it. I create a bubble of sorts or at least I do in my mind. For a brief second I glanced over my shoulder to my right, at the boys and saw their profiles illuminated in the movie light. They were what I can only call stuffing their mouths with popcorn, raptly looking at the movie screen. They didn't appear to notice, but it was only a second that I even noticed them and that is what I saw.

I've been thinking about this for three or four days (through Christmas and the aftermath), feeling guilty that I brought her to the movie and that it somehow caused her to have such a big seizure, and feeling sad that we really can't go to the movies right now all together. But mostly what I'm wondering is this: are Henry and Oliver so used to Sophie's seizures that they are able to simultaneously know that one is occurring and that I'm taking care of it and therefore can continue to toss popcorn casually into their mouths and pay attention to the movie AND know that people are staring and looking? In the same way that I create this figurative bubble around myself and Sophie but their own?

Or are they just eating popcorn and watching a movie?
Posted by Elizabeth at 11:10 PM