Why We Left Catholic School 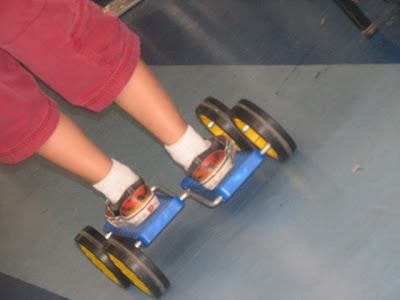 The boys attended Catholic school for years -- four for Henry and two for Oliver. For the most part, we liked the school but mainly because it was in our community which is a wonderful one. The families at the school were local and diverse. It is old-fashioned but academically rigorous and relatively cheap. When I decided that it was the best place for Henry, we were going through some rough times with Sophie. Going to a private school in the neighborhood with a lot of my friends seemed like the right thing, the safe thing.

Time went on and years went by and I was never entirely happy with my kids being there. The size of the classes was too big and the academic pressures immense. There was a puny art program and the science was abysmal. The PE teacher was completely inappropriate, a throwback to another era best left behind. My older son often had more than two hours of homework a night and my little one was getting the idea that he was a "bad reader" when he couldn't keep up. He was in first grade! I felt as if the pressure to be on a certain path (through all the grades, onward to the Catholic high school, etc.) too emphasized and it bugged me that the boys already even knew what private high school they wanted. The grades and rankings came incessantly, and the discipline (it was Catholic school) and conformity was intense. There was much to love about the place, though, its sweetness and safety in the middle of Los Angeles. The community is a warm one and the families devoted to one another. That was good.

I never went to Catholic school so I didn't have the same fond feelings that most of my friends had. The stuff about conformity and discipline and a not uncertain disdain for those who are "politically correct." While I consider myself a woman of faith, I winced when I heard my son's third grade class reciting the Act of Contrition every afternoon before the bell rang. This is when you beg God's forgiveness for your sins, your impure words and thoughts, etc. Frankly, it made me sick. While I'm the first person to abhor politically correct bullshit, I knew I had to make a change for the boys when a good friend responded to my complaint about something or other: "Well, we all survived." And then a teacher, in a casual conversation told me that she thought some people didn't want to change the school; they wanted a different school.

Survive? I thought. We can certainly do better than survive. Survival was dealing with my daughter's special education needs for fourteen years. And sitting down with both boys night after night, plowing through pages and pages of worksheets...well, I felt like I was a homeschool mother. An angry, stressed out one who was handing off her boys to a teacher who had 35 other kids in the class and couldn't really tend to my boys like I wanted them tended to.

We live a stressful life, the Beglinger family. Unusually stressful. Life is stressful for everyone but particularly so for those living with someone who has uncontrolled seizures. And while Michael and I do our best to shield the boys from a lot of it, it is what is, and their lives have been both enriched and altered in harsh, harsh ways because of it.

The idea of change versus different was a real Eureka moment.

I wanted something different for my sons. 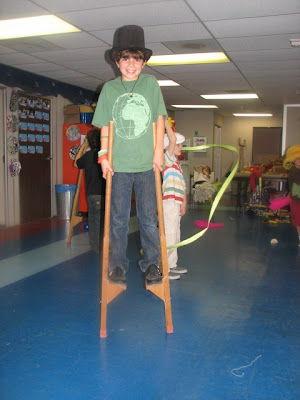 It was sad to leave my friends behind, and the boys were bewildered at first, but we made the change. And they're thriving. They got into -- by lottery -- a neighborhood charter school that is progressive and public. They have made new friends and love their teachers. There are only 20 children in each class and two full-time teachers. They have a fantastic art and music and physical education program. Most importantly, they are enjoying learning. They don't have much homework to speak of and Henry, my older son, has rediscovered the joys of reading. He has time to read now and devours books. Oliver, who had been struggling, comes home from school and tells me what he's learned. "I have fun, Mom," he says, when I ask him why he likes school. They like the school part of school, not just the extras. They go out to the garden when it's time for botany. They do science experiments and write up their observations. Henry's class had a debate during the election. He wore a suit to school and debated the role of taxation. I could go on and on.

And putting up with a bit of political correctness is a small price to pay for today's afterschool program of Circus Circus. Both boys had stayed after school for an enrichment class and today took their bows with their new skills. It was all a little ridiculous but incredibly entertaining. 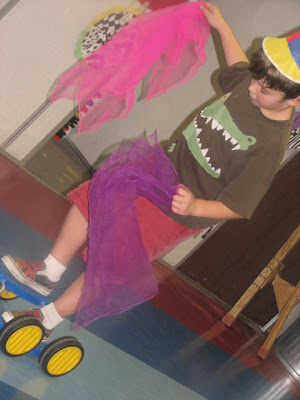 Afterward we went to have some pizza because they didn't have any homework.