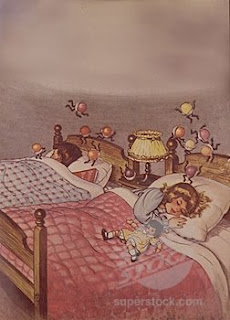 While you were prancing around town in your holiday sweaters, elf hats perched jauntily on top of your cheerful heads, enjoying the season (come on, I know you were!), I was...

lying on an examining room table for HOURS as my right breast was prodded and examined.

On Monday afternoon I was driving to pick up my boys from school when the mammogram place called to tell me that I needed to come in for a follow-up. When I asked the receptionist why, she said, "The radiologist sees something and wants another look."

And that was that. Literally. The conversation ended and I had to go pick up the boys. I won't go into the long and boring interior monologue in my head that had to do with breast cancer and going bald and being sick and maybe even dying. I called up some bitter sarcasm, actually thinking I don't really have time for this. I stifled some panic (because I'm not feeling stalwart these days and knew that a diagnosis of cancer, well, it'd be hard to be a fighter, at this point in my life) and cheerfully greeted the boys and went home. I did all the things I was supposed to do that afternoon and evening, things like taking Oliver to Cub Scout carolling practice, making dinner, overseeing homework and baths and bedtime stories and bed. I watched some tv, read a little and wrote a post about FEAR.

And then I went to bed and I did sleep.

In the morning, my friend Johanna brought over some huge and grotesque donuts from the best donut place in town. I'm a donut lover but I could hardly eat them. We chattered mindlessly and then she went on her way. Another friend, Amanda, came and picked me up and took me to the appointment. She brought me some chocolate and a reindeer purse and in the car two magazines. We chatted mindlessly until we got to the hospital, and when they called my name she pressed my hand and smiled.

The next few hours were the usual: freezing cold machines and even colder rooms. My breast was smashed and flattened and the technician made idle talk and peered intently at the machine but didn't say anything about it. She disappeared for a bit with the film and came back in for another shot. I was moved to another room and another technician came in and smeared some jelly over my breast and did an ultrasound. I read through a copy of Reader's Digest from May of 2006 and a Good Housekeeping from October 2007. I tried to remember my friend Barbara, the writing teacher's advice to TAKE NOTES when you're going through a difficult situation. My notes weren't written down but they included:

1. pockmarked ceiling tiles
2. the wall clock's second hand seemed awfully slow, slower than usual
3. it's freezing in here -- why?
4. what's behind those cabinet doors?
5. the line of stain at the tip of the baseboard
6. what happens to a breast that has been augmented when it's smooshed in the plates?
7. what if I have cancer?

A couple of hours later, The Radiologist poked (and yes, she really only POKED) her head in the door and said,

Just like that. I slowly sat up and even more slowly got dressed. I went out to the waiting room where Amanda was patiently waiting for me and sat down next to her. I lay my head on her shoulder and said, "It's only a cyst." We laughed and got up and went to our car. I made the comment that I thought I should be kicking up my heels like Woody Allen did in one of his movies when he found out that he didn't have a brain tumor.

I want to say that visions of sugarplums began dancing in my head, but they didn't. I had this small moment in time, in my life, when something routine turned really, really horrible and caught me off-guard. And the main thing I feel is how utterly strange it is to be alive when there's so much that can get you. So quickly and so randomly. There is a weird gratitude to that.
Posted by Elizabeth at 1:19 PM