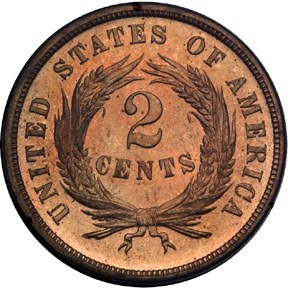 I had a million thoughts today, as I was running down the road trying to loosen my load.
Actually, I drove all over the city, dropping off and picking up my children from their various summer activities and, in the case of Sophie, school. And while I drove I listened to a CD that my dear friend Shannon gave me by a Buddhist woman named Pema Chodron (the tape is in the car and I can't remember the name of the book that this Buddhist nun wrote and read). She has a soft, strong voice that is alluring really in its gentleness, but like all things aural, I get distracted and my mind wanders and then I'm not listening to it at all. So then I switched over to a cheesy commercial radio station where, God Bless, they were playing entire sides of albums from the seventies. So then I got really happy and felt so goofy because I happened to know every single word of an album by Bad Company and I actually sang along. The DJ then played the whole side of the first album from Woodstock and I was in heaven, especially when Richie Haven started singing. And so it went until I got sort of tired of all that music and noise so I switched it off and went back to thinking.
I've been a little caught up in the healthcare debate crap and even went to my congresswoman's office yesterday to tell her how important healthcare reform is to me and my family. There's a part of me that wants to believe it's my civic duty and that my opinion actually matters in this battered democracy of ours. And then there's a part of me that thinks it's all bullshit and why am I bothering because the stranglehold of the medical/industrial complex is just too enormous, and that doesn't even go into the absurdities of the populace, those eggheads that are crying socialism, etc. etc. And then there's the embarrassed part of me that thinks Americans are really just a fat, lazy group of people who are constantly complaining (myself included) when we, in fact, live better than 7/8ths of the world's population and have a yawning idea of entitlement that is downright...embarrassing, like I said. But the fact that I spend tens of thousands of dollars in health insurance and still have to argue every single time a claim is made for anything related to Sophie, knowing that her chart in BlueCrossLand is probably marked with a giant, red dollar sign with a slash mark through it and we're probably one step away or so from her being denied health insurance of any kind or, worse, bankruptcy and the feeling of being trapped in more than ways than one, well then I think it's worth it to fight. And the fact that the care we receive is often astonishingly bad, that I can go to a pharmacy and get the wrong drug or go into a hospital room and find someone else's urine in a cup on the radiator, or that gazillions of dollars are spent and made on medicines that actually create illness, well, it's right: To ask for, to demand reform.
So, to my "free market" friends, those who espouse it above all, I want to ask why we can't take the free market and all notions of it out of this healthcare debate. I know that sounds completely nutty and I admit to knowing absolutely nothing about economics. But I think it's more of an ethical issue, no? In a country as rich and powerful as ours we can't afford to provide equal access to healthcare to all of our citizens? I think that's nonsense. And I think it has everything to do with morality and nothing to do with capitalism/socialism. If free market enterprise (or however you say it) were good for everything, we might say that slavery should be governed by the market, too.
I pulled into the parking lot over at the baseball field and waited in the car for Henry's camp to be finished. I opened a new copy of the magazine The Sun and read a fascinating article about hallucinogenics, namely LSD, and the work that was done in psychoanalytics using this substance. And that made me think of Richie Haven again and sometimes I feel like a motherless child.
So that's my two cents.
Posted by Elizabeth at 8:02 PM