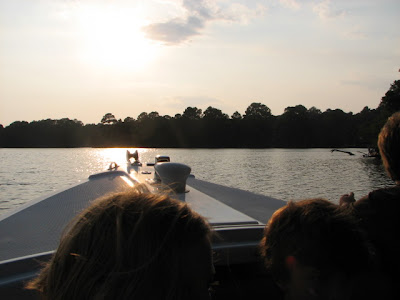 When Sophie was diagnosed with infantile spasms at three months of age, I knew absolutely nothing. Nothing about babies. Nothing about epilepsy. Nothing about vaccinations. Nothing about doctors or hospitals or seizures or illness or drugs or death.
Perhaps it had been a charmed life; but that's beside the point.
The new path travelled through hospitals, and along it we visited neurologists and contemplated brain surgery and tried drug after drug after drug. Sophie blew up on steroids and developed ulcers all over her face. She developed pseudo-tumor cerebri, a rare side-effect of weaning her from steroids that only resolved after SIX lumbar punctures. She was five months old. Sophie screamed, often, during her first six months of life, for twenty-three out of twenty-four hours. She screamed many times until her mouth opened into an O and a rasp came out. We doled out minuscule portions of food, enduring her moans of frustration and hunger as she circled her room, like a caged tiger. I fought with insurance companies and dissolved into tears and shouts and curses as obstacles were thrown my way. And still we dragged ourselves down this path, listening to what we were told, doing what we thought good parents did. Our advisers were sometimes kind and sometimes not. They were often wise and more often not. They were valiant in their efforts and careless in their decisions.
Many angels appeared on the path, took Sophie into their arms and healed parts of her until it was time to travel away again. For this I was grateful and grew strong and filled with faith.
We often beat through thickets and got lost under dense canopies. I scraped the bark of trees until my fingers were bloodied, reached and climbed until the canopy opened up into sky. And always, always, the path cleared, grew straight when it veered away from the regular road. As trite as this analogy might sound, it is our Truth, and I've struggled through the same thickets of dense under and overgrowth in my brain, dendrites and neurons and connections that almost make it and I understand! and then something is broken or explodes and the old patterns fire and I am thrust back into darkness. Into doubt and confusion when what I know is that I must crouch and wait.
Andrew Weil's book Spontaneous Healing might have been the first passageway out, that ripped me off that path and set me on a different one, the path that I travel daily with my Sophie and her two brothers. And while I have occasionally veered off it and back on to the other, more travelled and perilous one, I have found that this other path has led to healing. The healing of Sophie, of me and of my family.
That book led me to seek out alternative and integrative care and to look on medicine and healing and curing in new and different ways.
And now, as the health care reform debate rages on and on and what seems simple to me appears chaotic and terrible to others, I find myself plunged into a sort of despair, again, about what it all means. And then I read this deceptively simple post by Dr. Weil, and it all came flooding back.
I urge you to read it HERE.
In the meantime, I'm going back out to weed.
Posted by Elizabeth at 12:01 AM