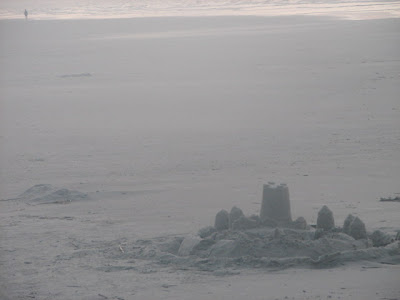 There aren't many phrases used as often as Conrad's "heart of darkness," but this morning I was drawn to a story in salon.com, (admittedly an often inflammatory journal) despite myself, about the leadership of America's nuns. I wrote not too long ago about a story I'd read of how the Vatican seeks to limit the work/power of its more "liberal" nuns, particularly those who are American. I wrote that in the context of my own struggle with Catholicism, the pull of tradition and custom and the push toward something more enlightened and gentle and true to my own instincts. I wrote then that this conflict has nothing to do with faith and everything to do with religion or the deadening of faith that I believe often comes with espousing a religion, and, in particular, Catholicism. The article today discussed the leadership of America's nuns and their refusal to listen to the survivors of sexual abuse by nuns. It's a dirty story, a horrible story, and my initial reaction was I don't need to read this or write about it or even think about it. But I read it through my reservations and then clicked off the site and deleted the email from my inbox.
And drove my boys over to Krispy Kreme for donuts.

Returning to my computer, I opened another article -- this one, ironically, about William Golding, the author of The Lord of the Flies. It appears that the estimable writer (now dead) admitted to an attempted rape of a young woman when he was only eighteen years old. Later, as a young teacher, he often pitted boys against one another, Lord of the Flies-style, to observe them as they struggled with freedom.

Fueled by sugar and maybe even sickened by it, I feel compelled to write this post if only to muse about it, to parse it around in my mind and perhaps to provoke response. Is there only one response to such obvious amorality? Evidently not, since victims of "nun abuse" have yet to receive justice or even an ear. Those of us who are Catholics, even if we are cafeteria-style Catholics, often plug our ears, purse our lips, move through this stuff blindly. William Golding won a Nobel Prize in Literature; his novel is taught the world over and I know that I use the expression "lord of the flies" almost idly as I watch my own two boys play wildly and without restraint, bare-chested with sticks and plastic guns. I'll continue to do so, I imagine, and enjoy discussing the novel when my sons read it one day.

Yesterday, I opened up the blog of Stephanie Nielsen to see a photo of her, cradled in her husband's arms. It's the first photo of her, revealed at the one-year anniversary of her terrible plane accident that left her burned over 85% of her body, including her entire face. The photo was initially so difficult to see that I literally gasped and began to weep. But this woman's courageous eyes looked up and out and into anyone who saw. And what those eyes see and what these eyes see was love. Just love, only love and all of love.

I'm not sure what all this means, exactly, whether the timing of my reading these stories means anything at all. I have no judgement, at least nothing that I can think out and declare. I can only present them and intimate what resides the deepest. And I think that might be Love.
Click HERE for the Salon.com article
Click HERE for the NY Times article
Posted by Elizabeth at 9:55 AM