First day of school, "libtards," Ayn Rand, and Other ramblings 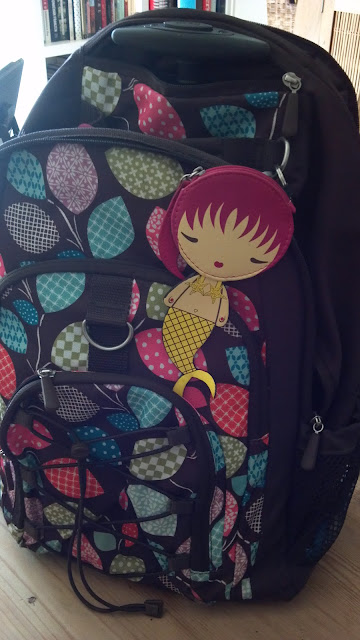 It's the first day of school for Sophie, but she's at home, sleeping off Diastat that I had to give her on Sunday night after a day of six gigantic seizures. I haven't the foggiest idea why she had so many seizures -- was it the heat? was it the moon? was her brain taking a riff off the flurry of small earthquakes we had? I'll never know, and neither will you. In any case, I left her at home with The Husband so that I could bring her paperwork to school, the boxes of educational stuff and her wheelchair and other accouterments. I was overjoyed that the aide assigned to her will be Millie, the same fantastic person who accompanied her to Communicamp the last two summers. It's almost too good to be true. It might even be a great year.

I walked the halls of the giant high school, tried not to wince at the boy with those giant earlobe stretcher thingamabobs who walked past me, or his friend who wore a black tee-shirt with giant white lettering that spelled out: LEGALIZED POT GANG or something like that. They had backpacks on and skate shoes and were laughing together, typical teenagers despite their off-kilter appearance. I am glad that I only wince when I see this and am not affronted, but I have no idea why this is so.

The other day, I stupidly engaged with a person who goes by the name Skunkfeathers when he comments on a conservative blog that I periodically check on to see what's up in that otherland. Skunkfeathers likes to refer to people of the liberal or left persuasion as libtards, of which I am one, and when I objected to the term, he kept at it. In the ensuing exchange, he claimed You may call the term 'libtard' an attack on a class of handicapped; you're free to do so. A person with a condition from birth, I don't consider 'retarded'. They have a disability. Many of which overcome it with hard work and guts. I promptly told him that his comment was not factual and, actually, ignorant, but the last sentence is the one that I've been perseverating on for nearly a week. Many of which overcome it with hard work and guts. I think it's the word overcome that stops me short and helps me to make the segue to the vast space, ever increasing, between those on the "left," and those on the "right," those that think the recent appointment of Paul Ryan as VP contender is depressing as hell and those that think his government-slashing, Ayn Randian group-think is the answer to the question of the legion of lazy, shiftless folks, including the disabled, who persist in exhausting government monies and leeching from what really matters: a powerful military and the promulgation of American exceptionalism, shoved down the throats of those who just don't know better. Sophie's seizures began for no apparent reason shortly after her initial vaccinations at two months of age. When the seizures didn't stop, her development sputtered along with periodic plateaus, and despite hard work and guts for over seventeen years, she can't talk, can only walk with assistance, wears diapers and must be fed. The other night, when I snapped off the plastic top of the syringe that holds the Valium, dipped it into the foil packet of lubricant, lay Sophie gently on her side and inserted the drug into her rectum, I wondered if she -- and I -- worked hard enough and had guts enough to keep going.

I won't pretend to understand the finer points of Ryan's famous budget proposal, but I do know that if enacted, it will decimate, completely, the already weak supports that people like Sophie and her family (The Husband, me, Henry, Oliver) and other libtards -- as well as conservatives -- depend upon to give our lives a modicum of sanity.  At best, I'm thinking this potential decimination is due to ignorance and fear of The Other, and I'm not sure what to do about it other than keep bleating when I can.

When I told Oliver about the Republican operative in Pennsylvania and his comments about the retarded, Oliver burst into tears. He then uttered the F word, which, I'm certain, some might call an example of the deteriorating values of our young people. I told Oliver that he shouldn't use that kind of language although it might, perhaps, be fitting in this particular circumstance. I then told him that people are ignorant and afraid of what they don't understand. Sometimes, I told him, they're just stupid.