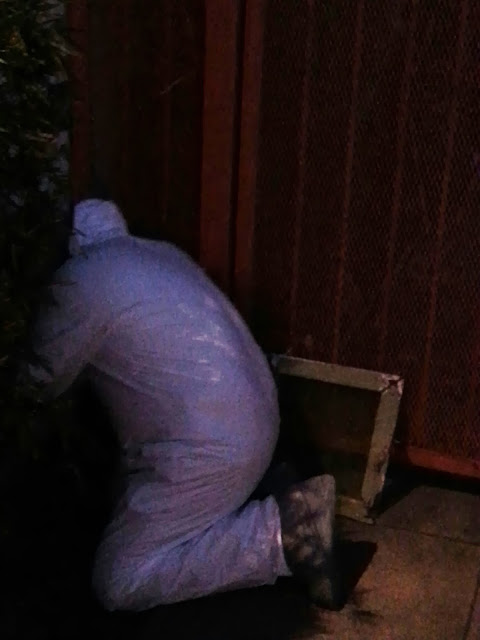 The Restoration Guy, pictured above (underneath the HazMat suit and mask was a bald-headed, tattooed, friendly guy), crawled under Sophie's Room to inspect the mold there which he declared not too bad. The Plumber Guy gave me a ball-park figure to fix the main line, and I stripped naked and ran down the street screaming.

What's happening in your parts?
Posted by Elizabeth at 7:04 PM