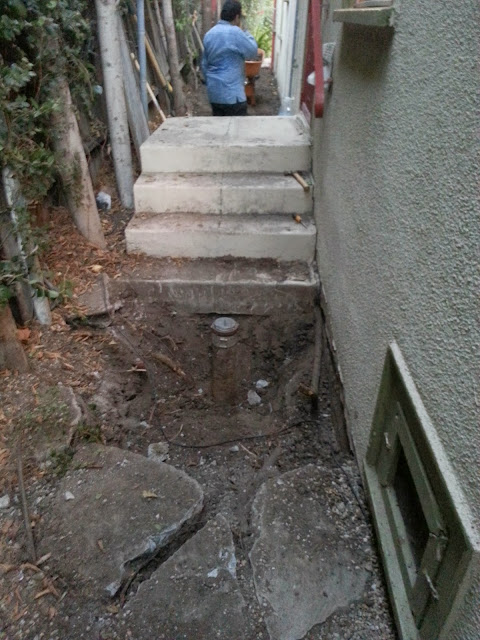 I was settling in to listen to the last fifteen minutes of the movie Her when my phone vibrated persistently from home. I scurried down the aisle and called home, listened to Henry tell me that Sophie had hurt her head during a seizure, that the babysitter was with her and she was all right, but could I come home and I kept walking out of the theater and drove home like -- like what? Like a bat out of a hell? Like a woman on fire? Like a mother traumatized by this insane life?

I won't attach a photo of the goose egg on Sophie's forehead that she got as a result of the drop seizure in her bedroom because I squirm when I see those very explicit shots that people share on the blogosphere. It was traumatic, though, and I now feel as if the pick-axe the guy wielded all day on the side of my house has entered my own head. Other than that, Sophie seems all right so I guess we'll have to be all right, too.

I'm grateful for my strong and healthy constitution.
Posted by Elizabeth at 5:36 PM