Vaginal knitting and other Sunday thoughts in this big world 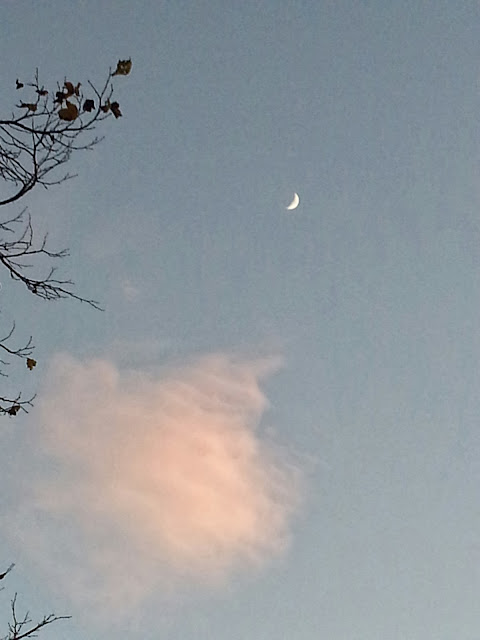 This morning I wasn't two sips into my coffee when my eyes scanned the headlines of Salon (an online news source that I admit is really no better than a tabloid) and lit on a story about a woman who knits yarn that she has inserted into her vagina. She's an Australian performance artist, and looky-loo gawking aside, it's actually an interesting article about misogyny, feminism, taboos and general outrageousness. What I'm grateful for today, this gorgeous Sunday morning, is my own opened-up mind that is so, not because of any great effort on my part, but due to chance (meaning I could have just as well been born a woman who reads something like this and dismisses it as being bullshit or even disgusting). Reading about the Australian woman's skein of yarn, rolled into a ball and inserted into her netherparts (unlike her, I'm still close-minded enough to shirk from using the "c" word), I was able to even read through the part where she describes what happens when she menstruates, and I didn't even flinch but rather raised an eyebrow figuratively as I can't do that literally, and read on. I even nodded my head at parts of it, and to tell you the truth only balked when the language became too theoretical. I hate theoretical talk more than visualizing a ball of yarn inserted just so into a vagina, tugged little by little on needles and then knitted into a long scarf, to tell you the truth. Years ago, and I might have already discussed this on the old blog, I read a story in Vanity Fair, that other great tabloid, about men who dress as stuffed animals and have a fetish for it, who actually number in the thousands and who call themselves Plushies. I remember reading about this and, again, not being particularly grossed out, felt more amazed than judgmental. I was hard put to thinking anything theoretical at all and could only come up with what could become a mantra for the more simple-minded like myself, and that is:

So, years after reading that article, I attended a healthcare conference in Orlando, California for my job, at the time, as a parent co-chair of a national collaborative to improve the access and quality of healthcare for children with special needs (what a theory, right?). While lunching in a nearby hotel with my elderly aunt and uncle who had driven to meet me, the three of us noticed a series of men dressed in animal costumes. There were wolves and squirrels and bears. One man walked by our table with a darling raccoon tail coming out of the back of his khaki shorts. My aunt said in her sweet voice that they all looked adorable. My uncle wondered if it were a mascot convention. I think I was digging at an avocado half and bringing a spoonful of chicken salad up to my mouth when it suddenly occurred to me who these men, masquerading as stuffed animals, actually were, and in lieu of spitting my food all over my plate, I probably raised my figurative eyebrow and nodded sweetly at them. Later, on my way out of the hotel, headed back to figuring out why children with special healthcare needs were treated so abominably in our great American healthcare system, I followed a puppy who walked into a huge banquet room of playmates. It was, indeed, the annual Plushie convention, and I could only shake my head in wonder that I had the great good fortune to be at the hotel in that exact moment in time, with my lucky open-mindedness and think it's a big world.

Sipping my coffee, I thought about how so many of we humans believe that things like cursing, particularly if you're a woman, make you somehow less of a woman. I thought about how so many of we humans like to nod our heads in admiration at those women we think of as real ladies -- you know, the kind of women who dress properly, speak properly, act gently and with humility and how thinking of these women, these ladies, make people like myself feel insecure, like we don't measure up, like we're somehow less than because we curse or rail or complain or knit scarves from yarn inserted into our vaginas. I have no theory for this kind of musing on a Sunday morning sipping coffee and skimming tabloids other than it's a big world.

Reader, are you more a theorist or someone who has been chanced with an open mind? Or both?