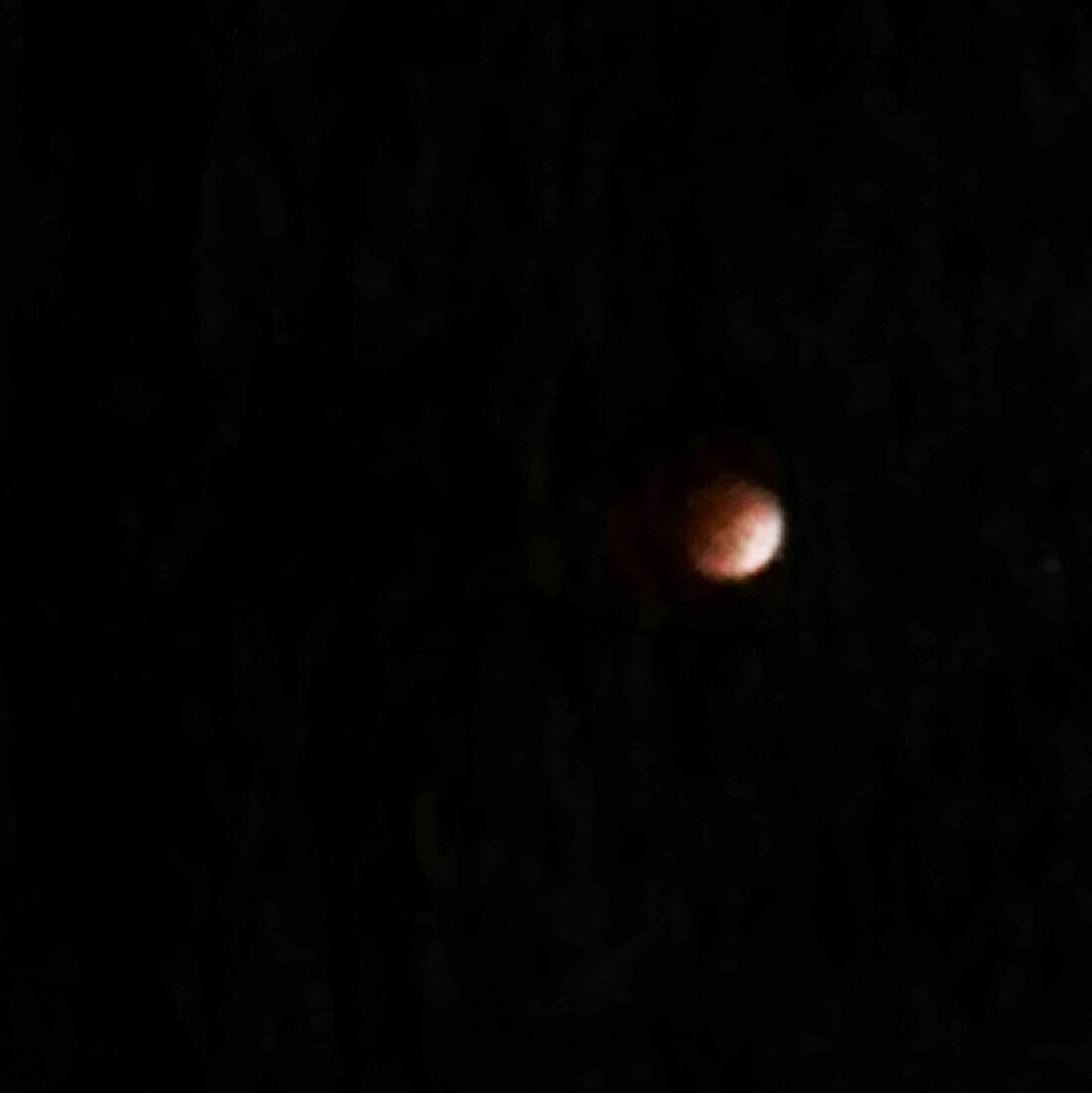 I had hoped for some sort of illumination when I sat outside last night, late, watching the moon's radiance slowly eclipsed. The moon was a perfect golden disc overhead, and then, quite suddenly, it looked as if a bite had been taken from it. Darkness crept slowly over its surface until finally only a sliver remained and then that, too, was extinguished. A moment or so later, the disc was a ball, a perfect sphere, glowing reddish. A blood moon? It seemed more impervious -- more elemental, even, than blood, more obdurate than passionate. I sat in my metal chair, a speck underneath this gold turned black turned red, felt only the moon's inscrutability, the only illumination, my own insignificance.

The pearls my mother gave me as a bride
rotted inside.
Well, not the pearls, but the string.
One day I was putting
them on, about thirty years on,
and they rattled onto the floor, one by one . . .
I'm still not sure I found them all.

As it happened, I kept a white seashell
on my vanity table. It could serve as a cup
where, after I'd scooped the lost pearls up,
I'd save them, a many-sister
haven in one oyster.
A female's born with all her eggs,
unfolds her legs,

then does her dance, is lovely, is the past -
is old news as the last
crinkle-foil-wrapped sweet
in the grass of the Easter basket.
True? Who was I? Had I unfairly classed
myself as a has-been? In the cloister
of the ovary, when

released by an extra dose of estrogen,
my chances for love dwindled, one by one.

Posted by Elizabeth at 9:42 AM