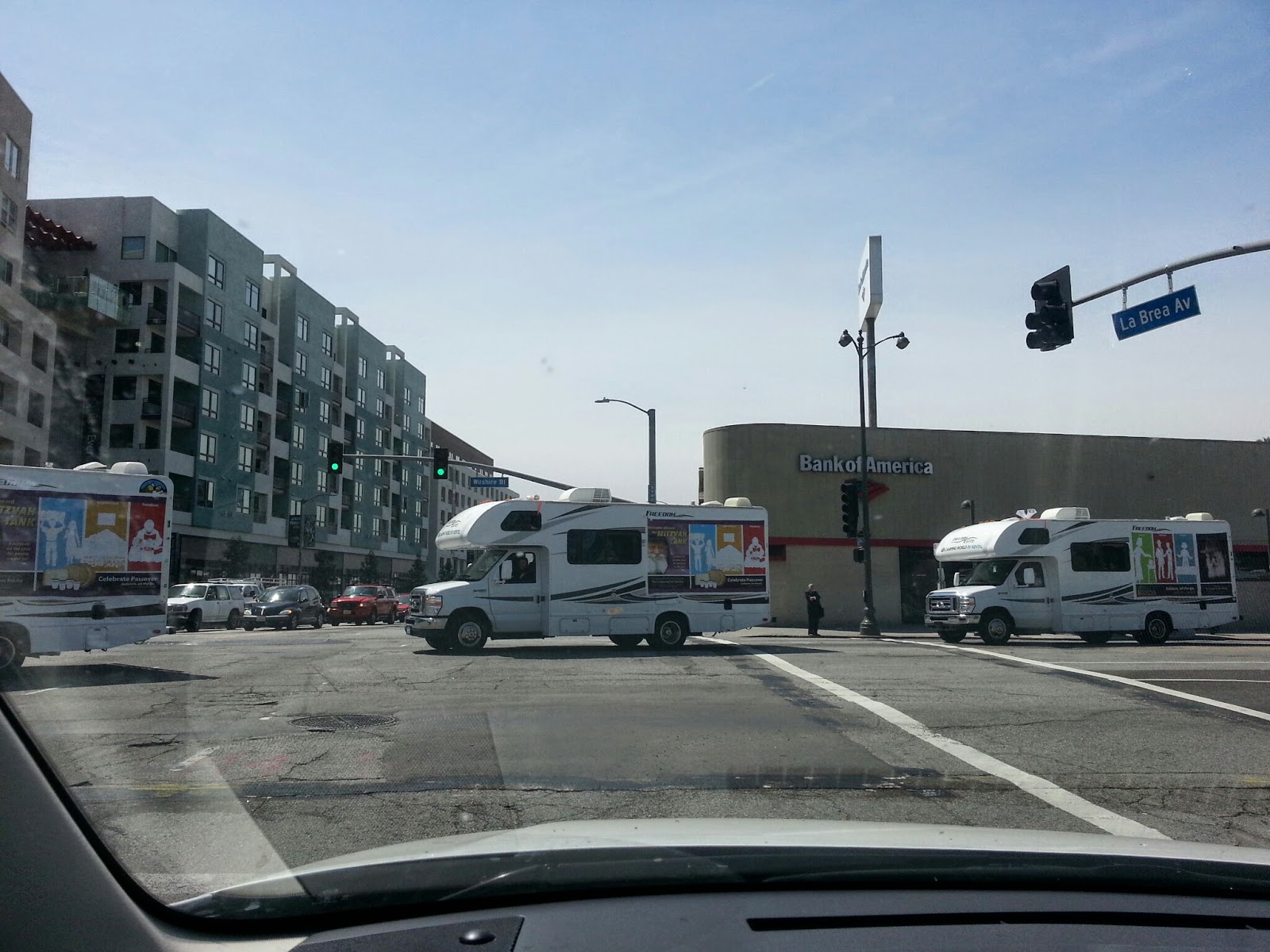 Yesterday, I sat at this stoplight on Wilshire Blvd and La Brea waiting for a convoy of recreational vehicles to pass, a so-called Mitzvah Tank Parade. The orthodox Jewish people inside the eleven vehicles happily waved at all of us.  I supposed their intentions were good -- spreading their message of  Passover to the people of Los Angeles. Ah, religion. Someone recently told me that I was doing God's work with this medical marijuana activism. An old friend whom I haven't spoken with nor seen in more than a decade sent me a religious book, a lovely memoir with admonitions to get closer to God. I haven't spoken to another relative in years because of her entreaty to me to lighten up and get closer to Jesus. A long time ago I went to a stadium filled with tens of thousands of evangelicals, their arms raised, palms open, receiving the light of Christ who apparently was channeled through a slick-haired slender man, a tiny dot on the stage below us. The woman who had brought me there took Sophie down and waited in a long line of thousands snaking toward this man who might perform a miracle. I waited in my seat, Henry a baby strapped to my chest. I had never felt so alone in that moment, surrounded by believers. I don't feel angry when I see the tanks of the Lord cross in front of me nor do I when I open packages whose contents are like confetti after the celebration. I won't push away admonition, will only watch it turn its back. I'll go down into the grass and lie on my back under the sun, close my eyes, wait for a sorcerer to lift my dress, brush flowers over my body, feel the dirt beneath me, know what it is to be alive.
Posted by Elizabeth at 9:00 AM