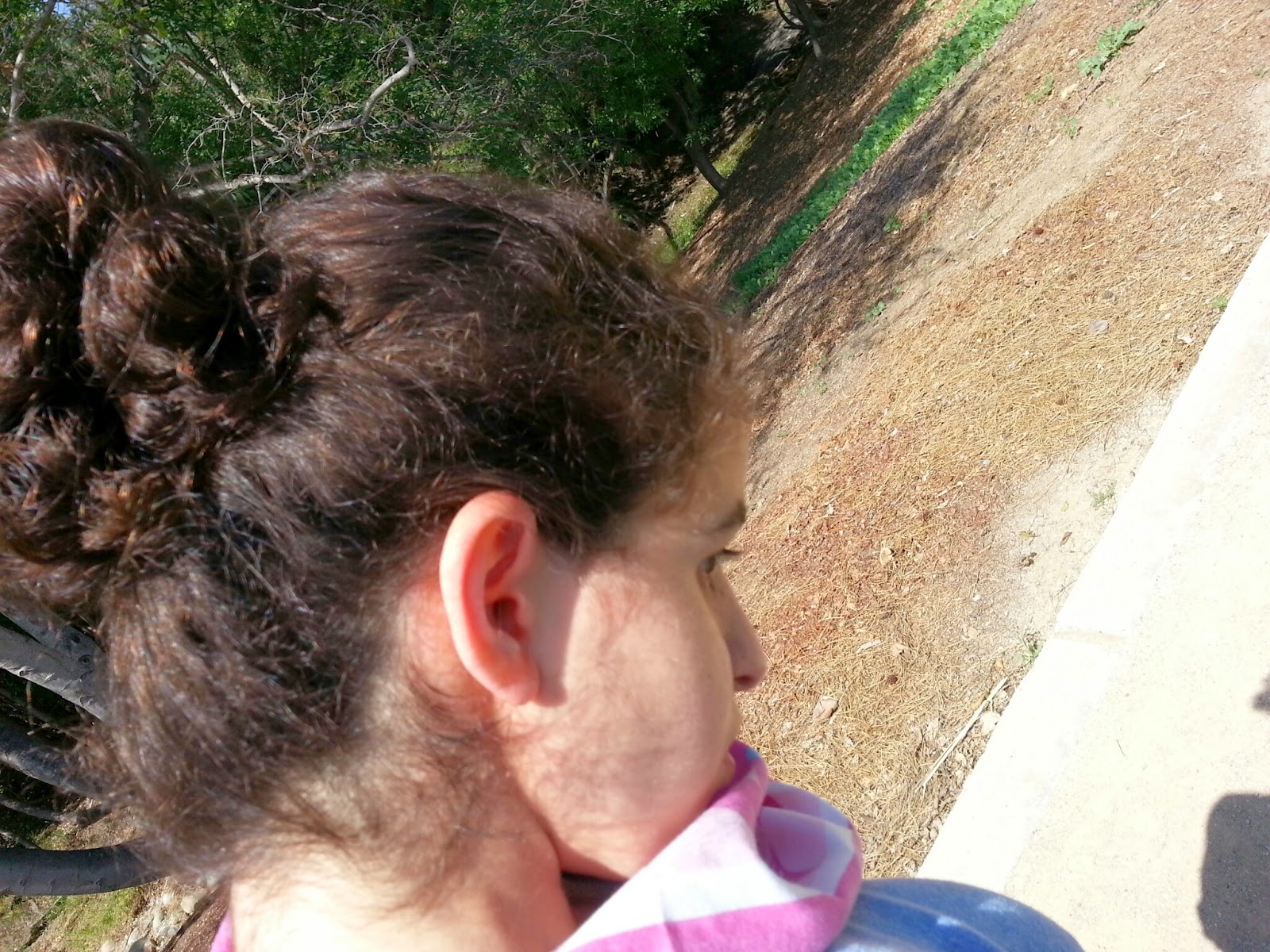 Despite being vaguely sick with a sore throat, a tingly head and weary heart, the show must go on. I traveled with Henry and Sophie out to Thousand Oaks in the Simi -- or was it Conejo -- Valley so that Henry could try out for a summer lacrosse league. I think it was Ronald Reagan country. After dropping him off at an enormous high school, I drove up and down long stretches of road, looking for a place to eat, and finally had to succumb to a McDonald's that was camouflaged like every other building in Thousand Oaks to look beige and at-one-with-the-environment even though the environment was vast tracts of stucco mansions and neighborhoods with names like Windsor Circle and Heather on the Moor with nary a flower out of place or even an iota of the urban grime that we're generally subject to in the city.  However, there was a truck in the parking lot of Mickey D's with a Confederate flag flying on the back, and while I don't want a repeat of the last time I noted a Confederate Flag flying from the back of a truck, I wondered if the same people who'd been to the beach at Santa Monica last month flying their rebellion were actually sitting inside on this Sunday, eating their Big Macs and being all American as you please. Because, you know, I want to pretend that it was a grand coincidence that I've seen this truck and this flag twice now in less than a month -- that People Who Love the Confederate Flag Yet Live in California are a rare breed and hopefully dying out. Yes, I'm perfectly aware that California is home to far worse types than those who fly Confederate flags on the back of their pick-ups, but humor me. How does the song go? From the mountains, to the prairies, to the oceans, white with foam... God bless America, land that I love?

To tell you the truth, I'm not sure which is more American -- the flying of the flag in the anesthetized burbs or the growing legion of homeless people camping out around the corner from my home in the middle of the city.

I am, as I told you, sick with a sore throat, a tingly head and a weary heart.

What have ya'll been up to?
Posted by Elizabeth at 5:04 PM