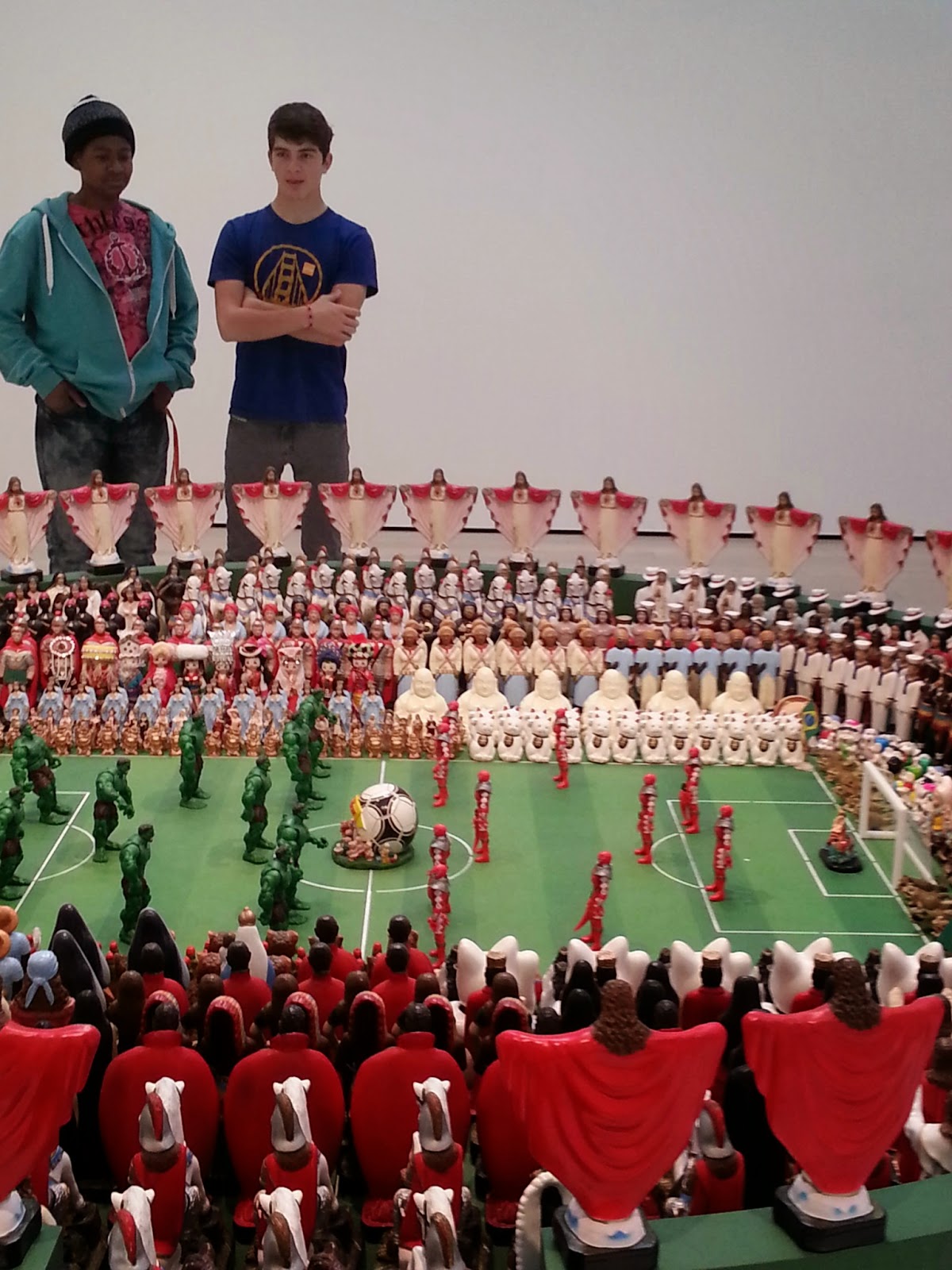 Henry, his friend Noah, Sophie and I walked over to LACMA to see the exhibit Futbol: The Beautiful Game. I don't have much interest in soccer, to tell you the truth, but the exhibit was thrilling. Here's how the museum described it:

The exhibition examines football—nicknamed "the beautiful game" by one sports commentator—and its significance in societies around the world. As a subject, football touches on issues of nationalism and identity, globalism and mass spectacle, as well as the common human experience shared by spectators from many cultures.


It's also intensely masculine, and the concept of machismo was explored as well -- no female athletes represented, here -- and I have to admit that a series of black and white photos of some Italian stars "looking vulnerable despite victory" were very easy on the eyes. I'm sorry that I don't have the artists' names -- there was one Andy Warhol print of Pele, but the more than thirty other artists weren't familiar to me.

This was my favorite piece: 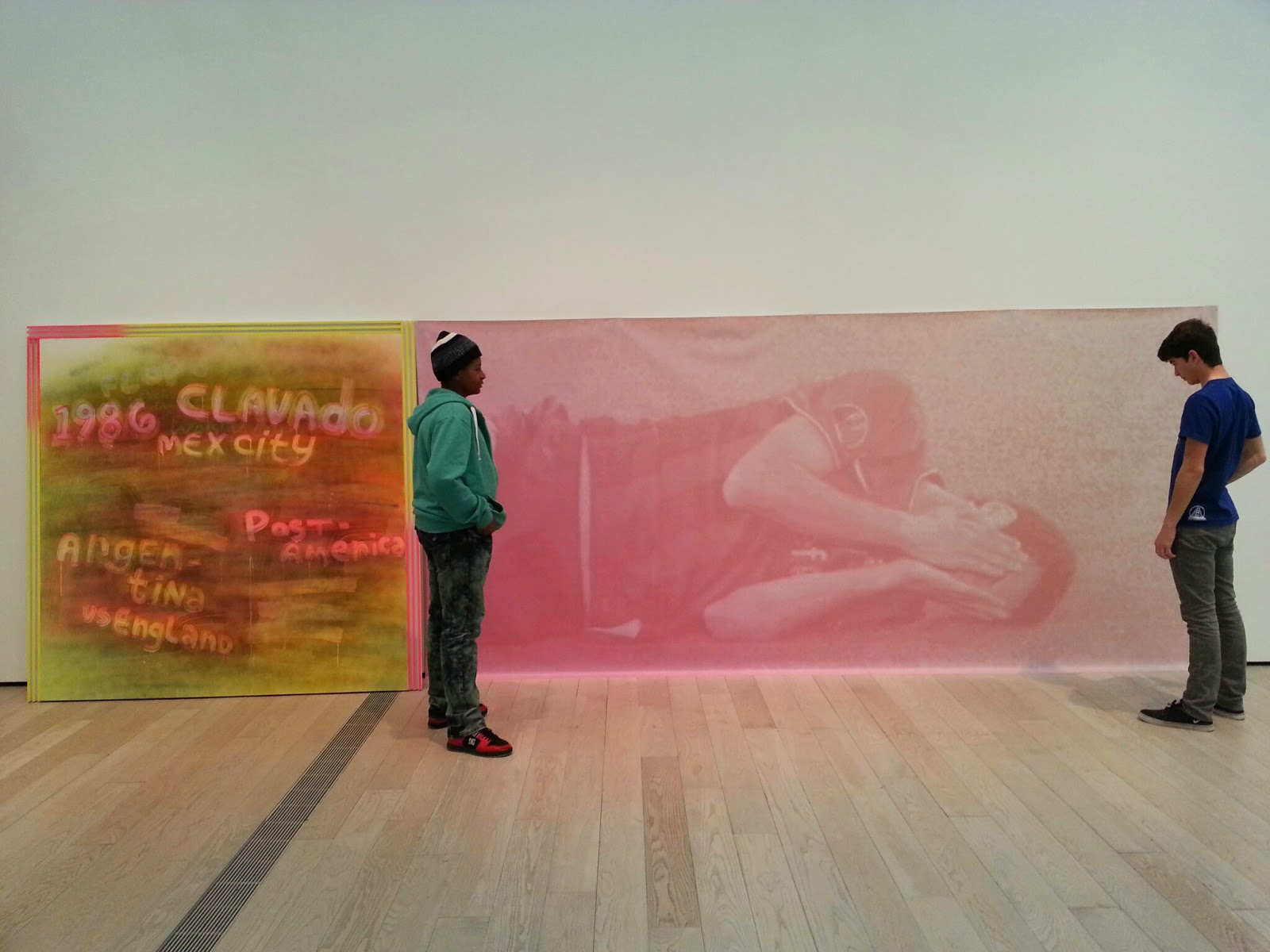 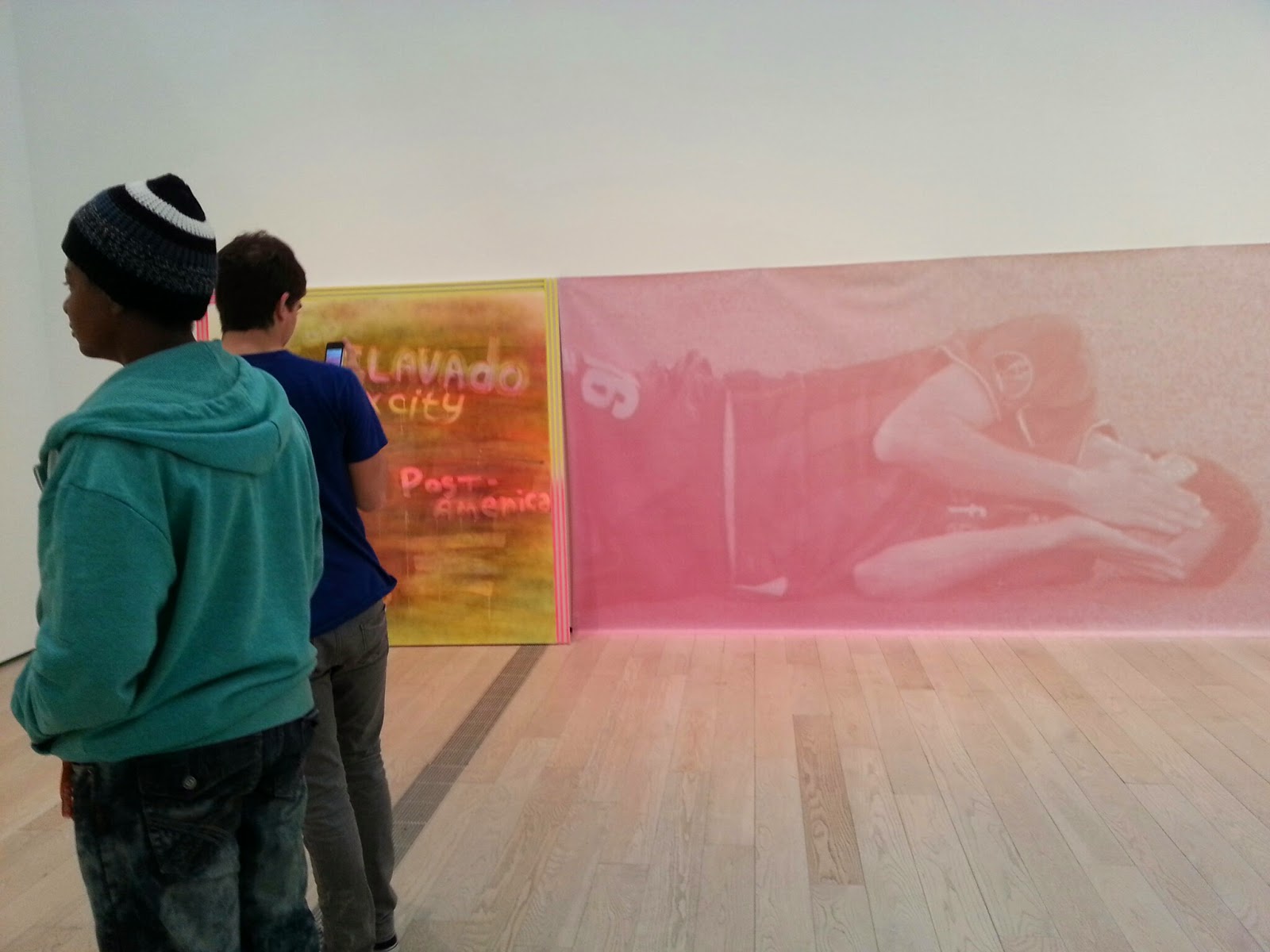 And I loved this one, too: 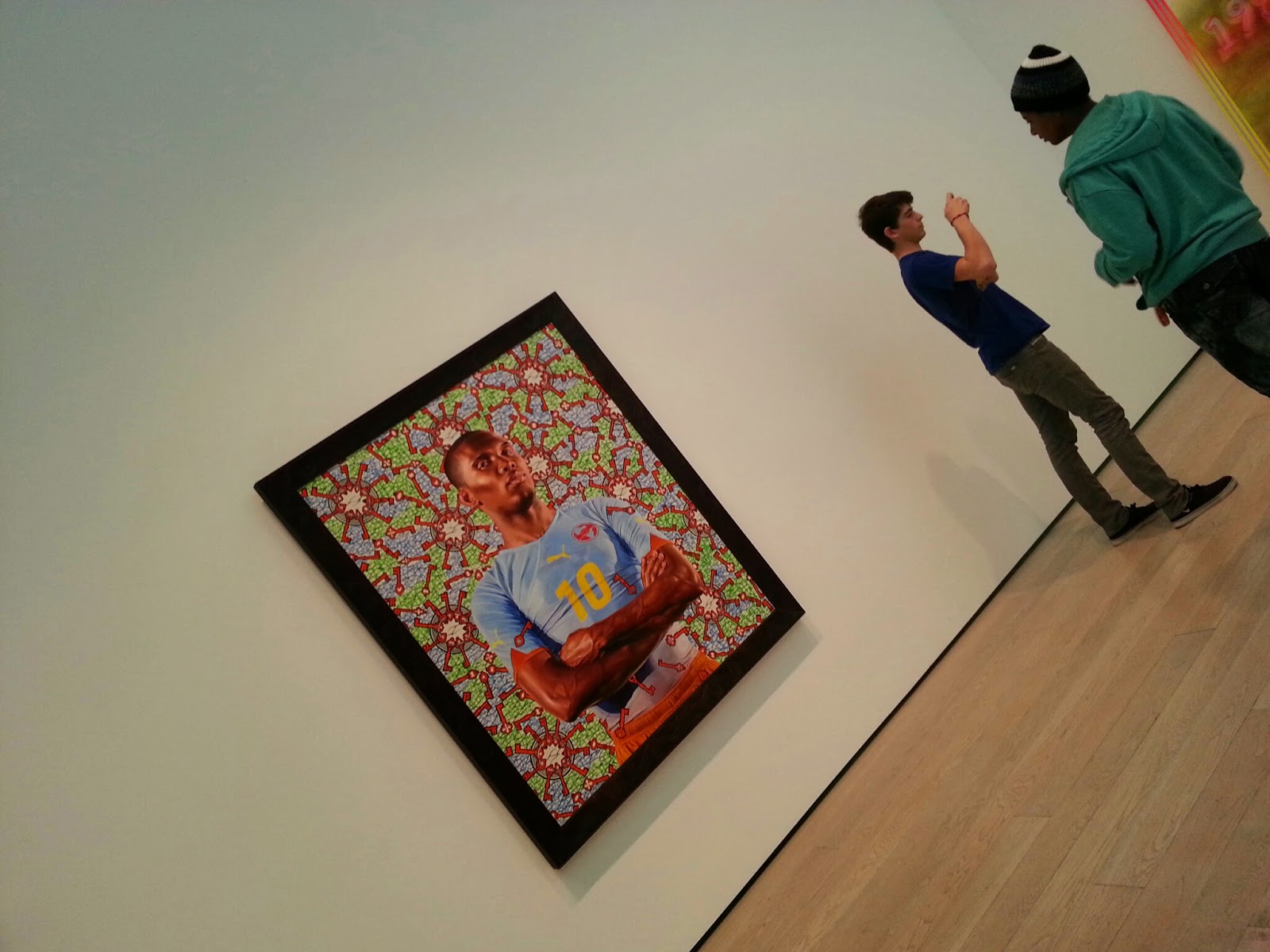 You can read more about it here.
Posted by Elizabeth at 3:17 PM